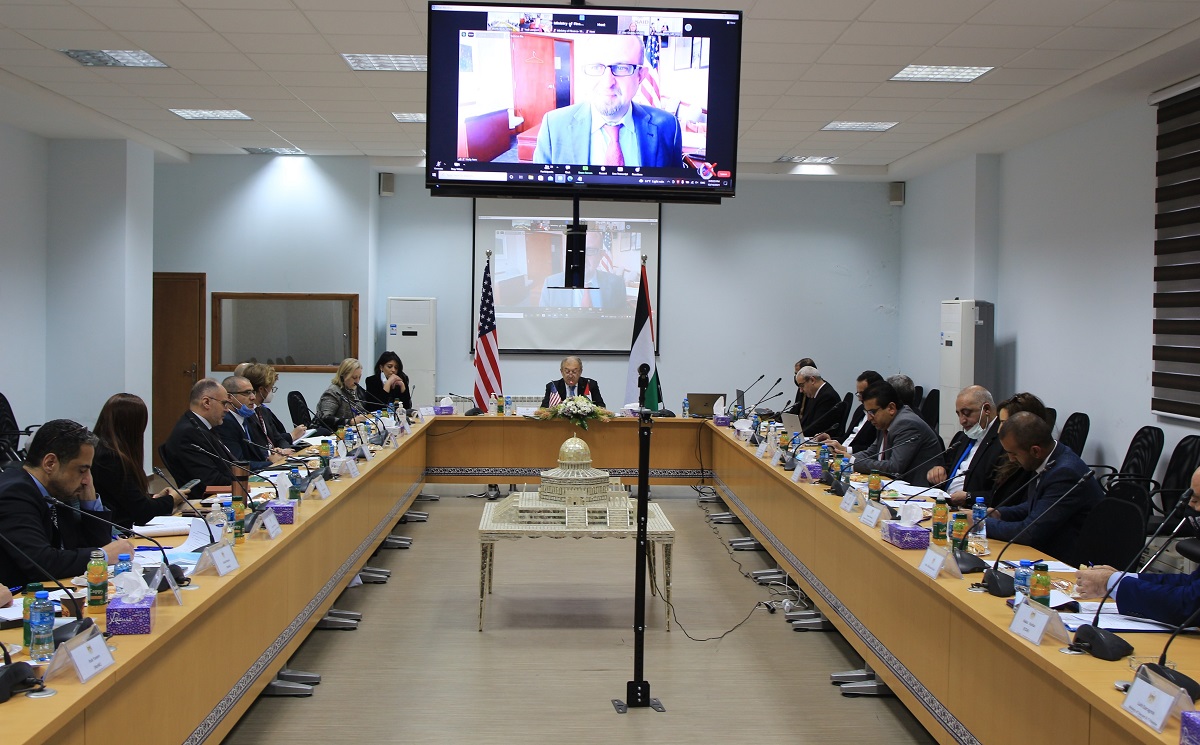 U.S. and Palestinian officials gathered virtually on Tuesday to renew the U.S.-Palestinian Economic Dialogue (USPED).  The first such meeting in five years, this senior-level dialogue brought together a wide range of agencies and ministries from the U.S. government and the Palestinian Authority to discuss current and future areas of economic cooperation.

Participants recognized the importance of restored political and economic relations between the U.S. government and the Palestinian Authority and pledged to expand and deepen cooperation and coordination across a range of sectors.

The two sides concluded the dialogue agreeing to work on several crucial issues to advance the economic prosperity of the Palestinian people. The U.S. government outlined programs that could support the Palestinian Authority’s efforts towards financial issues, trade, and promoting foreign direct investment. This year’s dialogue was a testament to the importance of U.S.-Palestinian economic relations and the opportunity to increase collaboration on economic issues of shared importance. During opening remarks, U.S. Assistant Secretary for Near Eastern Affairs Yael Lempert underscored the Biden-Harris Administration’s belief that the Palestinian people deserve to live in freedom, security, and prosperity.  She noted, “Growing the Palestinian economy will also play a critical role in advancing our overarching political goal: a negotiated two-state solution, with a viable Palestinian state living side by side in peace and security with Israel.”