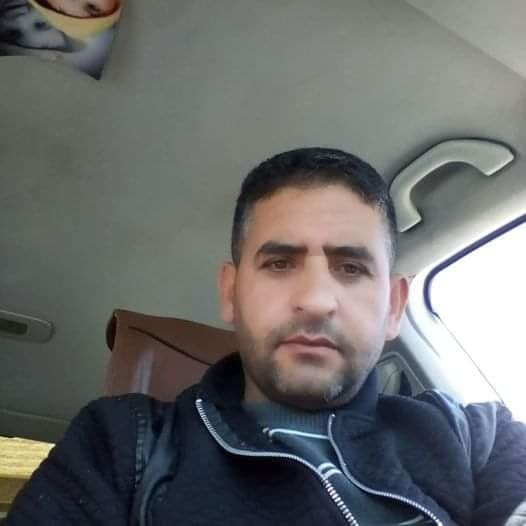 The Palestinian human rights organizations, Al-Haq and Addameer, submitted on December 16 a joint urgent appeal to the UN Special Procedures on the Israeli arbitrary administrative detention of Hisham Abu Hawwash who has been on hunger strike for 127 days demanding his freedom.

Earlier in August 2021, Abu Hawwash initiated an open hunger strike in protest of his continued arbitrary and indefinite administrative detention without charge or trial. Despite the serious deterioration of his health, reaching critical condition, Israeli occupation authorities continue to hold Abu Hawwash under arbitrary administrative detention in Ramleh Prison Clinic.

Notably, the confirmation and appeals sessions regarding the latest detention order spanned over a month, even as Abu Hawwash languished on hunger strike in extremely poor health condition in Ramleh Prison Clinic, evidencing grave medical negligence.

On 25 October 2021, while Abu Hawwash completed 71 days on hunger strike and as he neared the end of his second detention order, the Israeli military commander, based on recommendations from the Israeli ‘Shin Bet’ Intelligence, issued a third administrative detention order against Abu Hawwash for six months. The arbitrary issuance of the order, designating him as a “security threat” to the region based on “secret files,” in light of his hunger strike and recent hospitalization, can be seen as a reprisal for his continued strike, serving as a coercive tool amounting to torture, said the two rights organizations.

Following an appeal submitted by Abu Hawwash’s lawyer, a court session was set to 24 November but later moved to 1 December due to the serious condition of his health, preventing him from being brought to court. On 1 December, the session was postponed again to 8 December after the Israeli military prosecutor failed to produce a medical report of Abu Hawwash as instructed by the court.

More still, on 8 December, Ofer military court postponed a decision on Abu Hawwash’s case, issued on 9 December, until the following day; this was repeated again on 10 December, wherein the court postponed its decision until 12 December, deciding to reject the appeal and confirm the four-month detention order.

Ofer military court claimed to reject the appeal on the basis of a medical report produced on Hisham Abu Hawwash’s health condition, which, despite establishing his critical health condition, did not reach the threshold of the possibility of “sudden death.” Following the decision, Abu Hawwash was transferred from the Israeli Asaf Harofeh hospital to Ramleh Prison Clinic.

Having now undergone 127 days on hunger strike, Hisham Abu Hawwash suffers from sharp chest pains, severe headaches and pains in his kidney, body aches, lack of mobility, loss of consciousness, and, beyond the emergence of irreversible, long-term medical complications, faces an imminent threat to life.

Abu Hawwash has been transferred between Israeli hospitals and Ramleh Prison Clinic, though the Israeli Prison Services (IPS) refuses to transfer him long-term to an Israeli hospital, as is required by his condition. On 17 October, after Abu Hawwash lost consciousness for 12 hours due to a dangerous drop in his potassium level, he was hospitalized for a day before being sent back to Ramleh Prison Clinic after refusing to take the rest of the potassium.

In a visit to Abu Hawwash on 21 October in Ramleh Prison Clinic, Addameer’s lawyer documented the harsh living conditions of the room, which suffered from high humidity, cockroaches, and extreme filth.

Notably, the Ofer military court’s rejection of Abu Hawwash’s appeal, and the confirmation of his renewed administrative detention order, despite his aforementioned grave health condition, the postponement of court proceedings, and clear medical negligence, illustrates the complicity of the courts in abetting the abuse of Palestinian political prisoners by IPS and ‘Shin Bet’ Intelligence and feeding larger arbitrary and systematic practices of administrative detention, said Al-Haq and Addameer in their joint appeal.

They noted with grave concern the poor living conditions Palestinian prisoners are subjected to by the IPS and the already deteriorating health conditions of some prisoners, and urged the UN Special Procedures to intervene immediately to call on the Occupying Power, Israel, to immediately release Abu Hawwash, whose life is under imminent threat, and guarantee his right to liberty and freedom from arbitrary arrests and detention; call on Israel and the IPS to ensure and uphold Abu Hawwash’s right to the highest attainable standard of health and mental health, as well as the right to life, as well as avoid and end all forms of reprisals against the striking prisoners; call on Israel to put an end to the systematic and arbitrary use of administrative detention against Palestinians, and demand the release of all Palestinian political prisoners held in administrative detention indefinitely without charge or trial, contrary to international law; and call on the international community and all High Contracting Parties to the Fourth Geneva Convention to fulfill their obligations towards protecting human rights and ensuring the implementation of international humanitarian law.