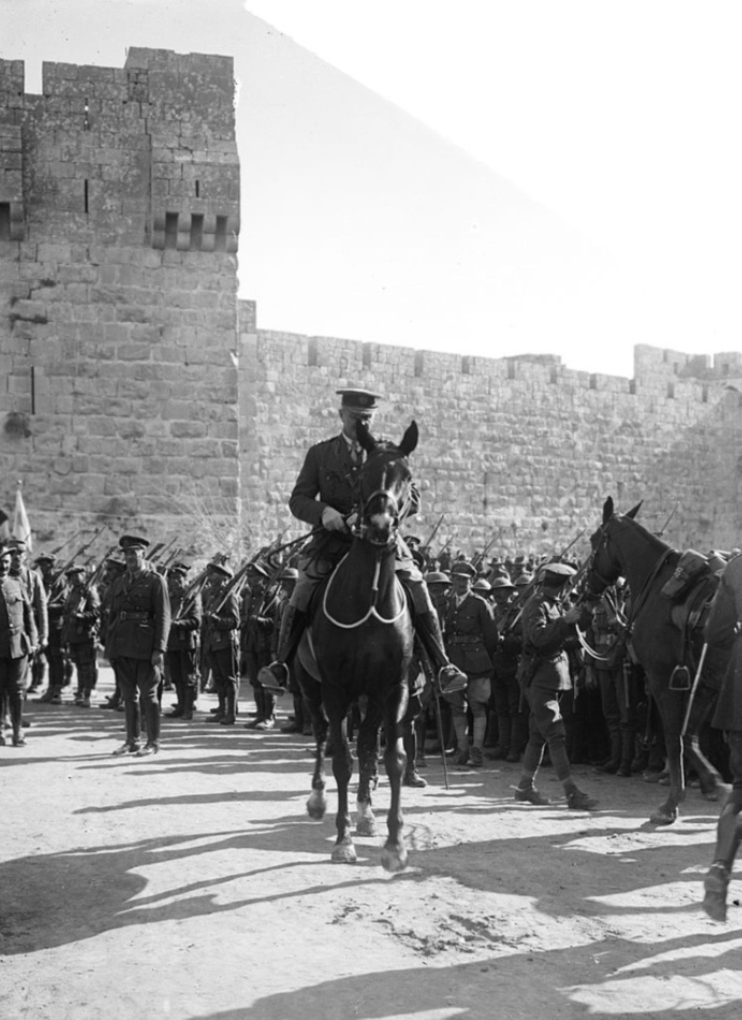 In June 1917, British Prime Minister David Lloyd George summoned General Edmund Allenby to London. Lloyd offered Allenby a new command ,and promised him all resources necessary to put British troops in Jerusalem by Christmas. Lloyd George had sought to identify other strategic areas where British military forces could make inroads. Palestine not only contained the lure of the Holy Land but also guarded the eastern approaches to the Suez Canal and the western approaches to India. It was just the place to launch a renewed effort.

The Southern Palestine Offensive began on Oct. 31, 1917, just as Allenby had designed it.The British seized Beersheba in less than a day.

Allenby began by defeating Turkish forces in the Third Battle for Gaza, which ended on November 7. Following that, he sent out forces along two flanks, one charged with capturing Jaffa, a mission accomplished on November 16, and the other in the direction of Jerusalem.

An initial attempt to surround the city and force its surrender, at the end of November, failed. But on December 7, having repositioned the troops of the British XX Corps, the Turkish forces in the city concluded that Allenby was withdrawing, and relaxed their defense of Jerusalem.

The British General’s muted entry through the Jaffa Gate as the tidewater moment in his well-conceived and hard-fought campaign for Palestine.

On the night of the 8th December and cleared the way for the British troops to occupy the city. The next morning the Muslim mayor of Jerusalem, Hussein Salim al-Husseini, accompanied by his family, set out to deliver the Ottoman Governor’s letter of surrender and the keys of the city, to the British forces Allenby finally had the opportunity he had so long craved. Jerusalem lay within his grasp.  Allenby wanted to occupied Jerusalem, not preside over a battle that might reduce it to rubble.

On December 11,  Allenby read a proclamation of goodwill written for him in London and had it published in seven languages throughout the city. It pledged the British would not interfere with Jerusalem’s commerce or governance and promised respect for and protection of the city’s many holy sites.