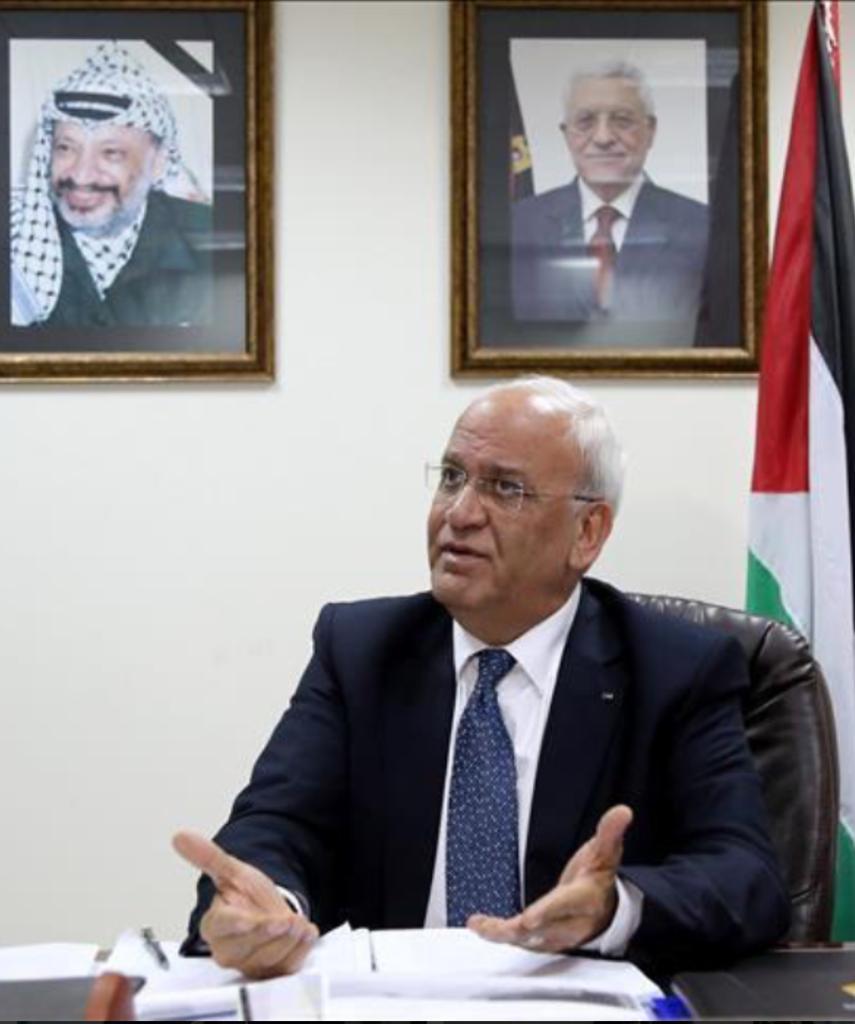 Saeb Muhammad Saleh Erekat, nicknamed Abu Ali (born April 28, 1955 in Abu Dis – died November 10, 2020 in Jerusalem) is a Palestinian politician known as the “chief Palestinian negotiator” since 1995 for his participation in the Palestinian-Israeli negotiations. He was educated in the city of Jericho; At the age of seventeen, he traveled to San Francisco in the United States, then obtained his bachelor’s and master’s degrees from the University of San Francisco in the United States in 1978. An-Najah National University sent him to the University of Bradford in the United Kingdom, from which he obtained a doctorate in peace studies in 1983.

After graduating, he worked as a lecturer at An-Najah National University between 1979 and 1990; He also worked as a journalist for the Palestinian newspaper Al-Quds for 12 years. Erekat was appointed deputy head of the Palestinian delegation to the Madrid conference in 1991 and the subsequent talks in Washington between 1992 and 1993, and after that he became head of the Palestinian “negotiating” delegation in 1994, and in 1996 he was given the title of “chief Palestinian negotiator.”  He was appointed Minister of Local Government among the five governments of the late Palestinian President Yasser Arafat (Abu Ammar) from 1994 to 2003. He was a confidant of the late President Yasser Arafat during the Camp David meetings in 2000 and the negotiations that followed them in Taba in 2001.  He retained his seat in the Legislative Council in the 2006 parliamentary elections. In 2009, he was elected as a member of the Fatah Central Committee, the movement’s highest leadership body ; He was then chosen by consensus at the end of 2009 as a member of the Executive Committee of the Palestine Liberation Organization.

In 2017, Dr. Saeb Erekat underwent a lung transplant in the United States of America. On October 9, 2020, it was announced that he had contracted the coronavirus; Then, on October 18, 2020, he was transferred to Hadassah Ein Kerem Hospital for treatment, and on November 10, 2020, he was officially declared dead.  President Abbas mourned him, saying: “The passing of our brother and friend, the great fighter Dr. Saeb Erekat, represents a great loss for Palestine and our people, and we are deeply saddened by his loss, especially in light of these difficult circumstances facing the Palestinian cause.”