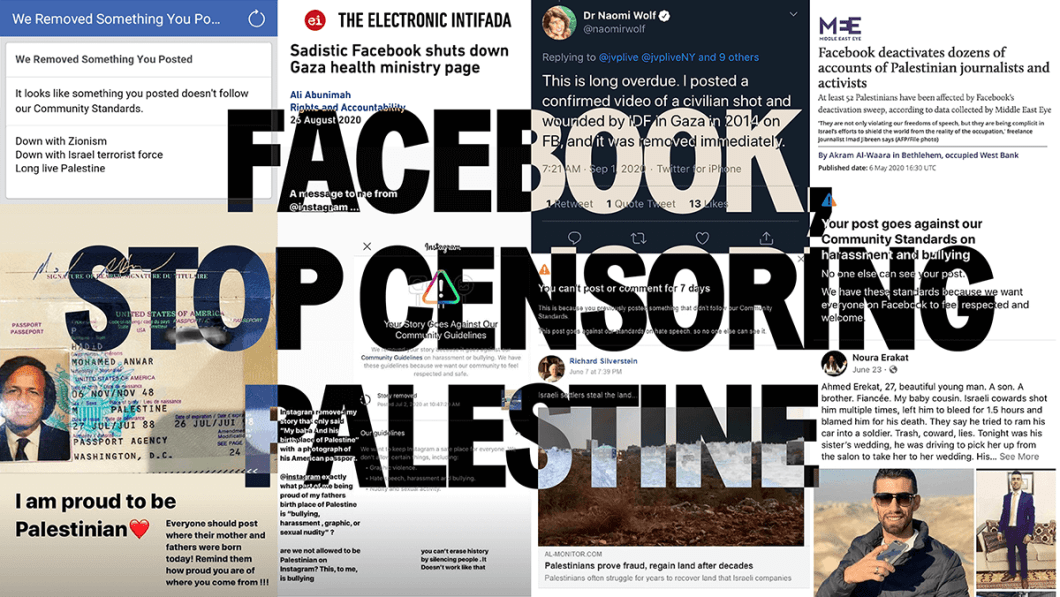 A local social media watch group yesterday welcomed Facebook’s decision on Thursday to examine policies of Arabic and Hebrew content in light of strong accusation against the social media giant of bias against the Palestinians and censoring pro-Palestine content in its conflict with Israel.

The Haifa-based 7amleh – the Arab Center for the Advancement of Social Media said in a statement that it welcomes Facebook’s latest and “surprising” decision to implement the recommendations of the Facebook Oversight Board and conduct an independent examination of the moderation policies of Arabic and Hebrew content, considering this “an important step in the right direction.”

This decision comes following repeated requests by 7amleh and a large number of local, regional, and international human rights organizations, coalitions and networks, that Facebook guarantees a transparent and equitable policy with regards to Palestinian content, it said.

Facebook’s Oversight Board recommended to “engage an independent entity not associated with either side of the Israeli-Palestinian conflict to conduct a thorough examination to determine whether Facebook’s content moderation in Arabic and Hebrew, including its use of automation, have been applied without bias. The report and its conclusions should be made public.”

7amleh emphasized the importance of appointing independent professionals with a background in human rights in general and digital rights in particular, and called on Facebook to commit to implementing the recommendations of the examination.

It considered the decisions and recommendations of the Oversight Board as “positive and serious steps in the right direction, which will contribute to ensuring that Facebook moderates content in a safe, fair and equitable manner.”

It expressed hope that “Facebook seriously considers these recommendations and implements them immediately.”

7amleh also called on Facebook “to accept and commit to the remaining recommendations of the Oversight Board, including specifying the criteria for ‘dangerous individuals and organizations’ or parties whose content is automatically removed from the platform, as well as disclosing all cooperation with governments and positive responses to governmental requests of content removal, in addition to translating content moderation policies to all languages and making them more accessible.”