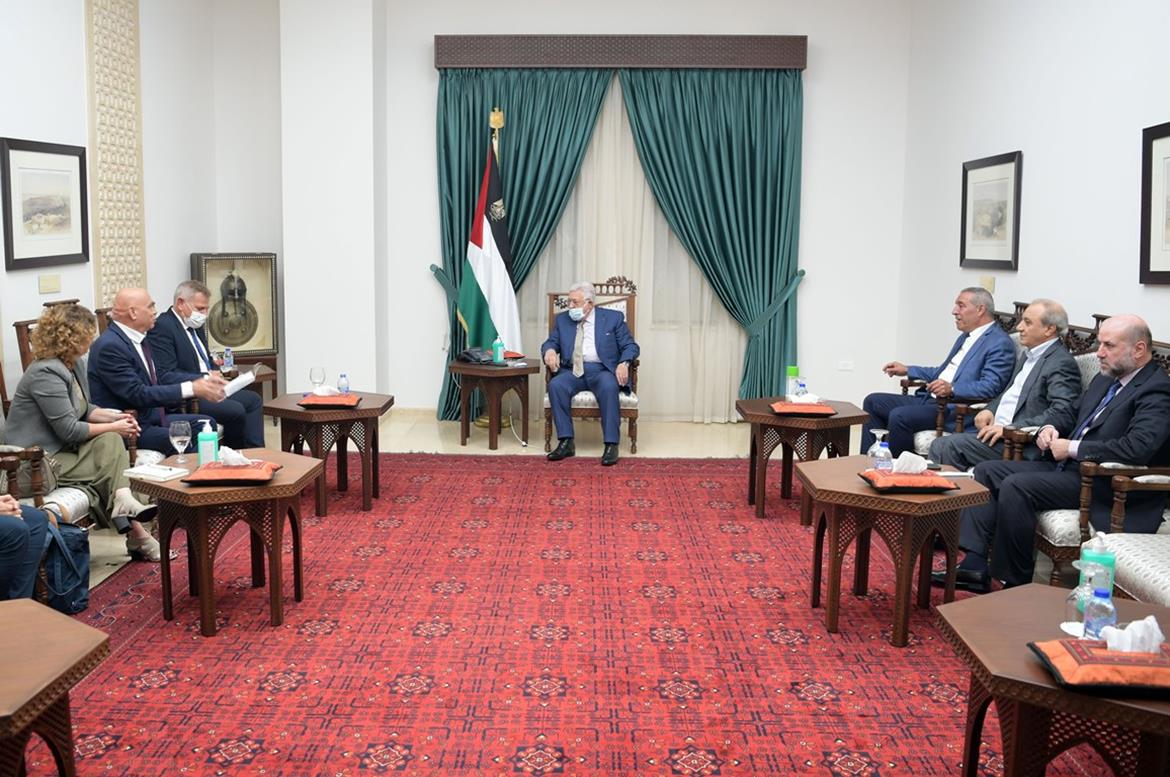 President Mahmoud Abbas received last night at the presidential headquarters in Ramallah the United States envoy Hadi Amr and his accompanying delegation during which they discussed the latest developments in the Palestinian territories.

The President reiterated to the American envoy what he stated in his speech before the United Nations General Assembly and the initiatives it included that aimed at ending the occupation and achieving the Palestinian people’s freedom and independence, as well as the impossibility of continuing in the present situation and the necessity of putting an end to this occupation.

He also stressed the importance of continuing to strengthen Palestinian-US relations for the benefit of both peoples and countries.

President Abbas stressed the importance of implementing the points that President Biden spoke about during his last phone call with him in which he affirmed the US commitment to the two-state solution, rejecting the settlement policy and attempting to change the status quo at Al-Haram Al-Sharif (Al-Aqsa Mosque), ending the policy of evicting Palestinians from their homes in the occupied Jerusalem, and rejecting unilateral measures by all parties.

The President made it clear that the status quo cannot be accepted or be allowed to continue, stressing the need to pressure Israel to stop all practices against the Palestinian people, stop settlement activities and annexation of lands, stop the measures against prisoners, immediately return the bodies of Palestinians killed by Israel, and stop extrajudicial executions, settler attacks, incursions and expropriation of lands, attacks on Islamic and Christian holy places, and attempts to displace Palestinians from their homes, and end the unjust blockade on the Gaza Strip.

He stressed his immediate readiness to go to a political process based on United Nations resolutions, and to convene an international peace conference under the auspices of the United Nations and the International Quartet to end the occupation and establish the independent Palestinian state with East Jerusalem as its capital on the 1967 borders.