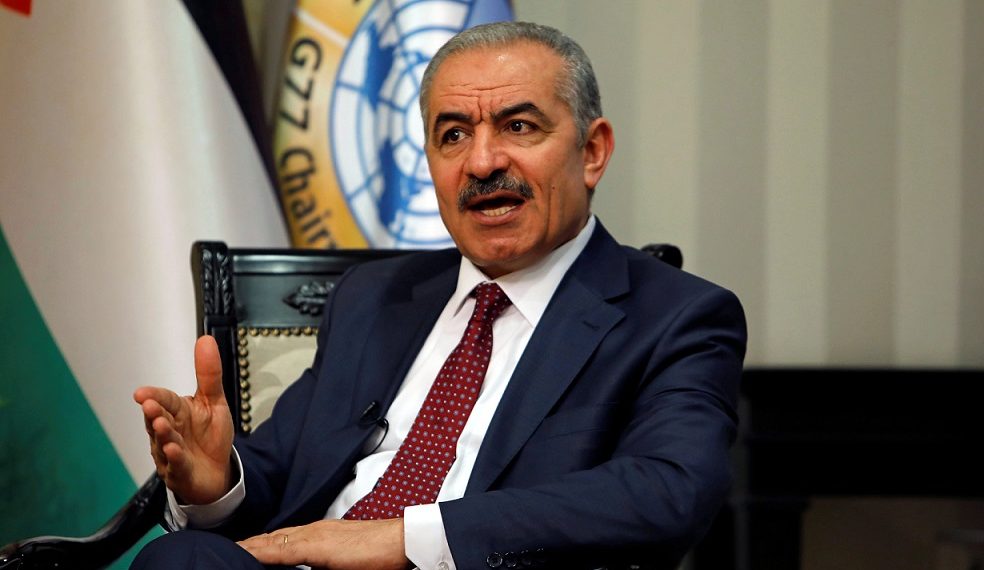 PM Shtayyeh follows up issue of the prisoners on hunger strike

Prime Minister Mohammad Shtayyeh said today that the cabinet is flowing up on the issue of the Palestinian prisoners on hunger strike, demanding their release from Israeli jails in order to preserve their lives.

During the weekly cabinet meeting, headed by prime minister Mohammed shtayyeh, in the northern West Bank district of Jenin to touch upon the details of life and hear the concerns and needs of the people through meetings with the community and popular activities in the presence of the Governor of Jenin Akram Rajoub.

Regarding the political situation, the prime minister said that the Israelis are against the establishment of the state of Palestine because they claim it would be a terrorist state; “But we say that we are a nation that is a victim of colonial Israel…our people who defend their rights cannot be labeled as terrorists,” he affirmed.

The prime minister stressed that the occupying state practices terrorism against the Palestinian people by seizing land, killing children, demolishing homes, storming places of worship, expelling them from their homes, demolishing their villages, and intimidating children.

The Prime Minister stressed that the daily invasions of the al-Aqsa Mosque by the settlers are a challenge to the international will and to the American administration, which demanded Israel to prevent Jews from praying in al-Aqsa.

The Prime Minister pointed out that the announcement of thousands of new settlement units and the bulldozing of the land of Jerusalem Airport in the Qalandia area is also a violation of international law and a challenge to the international community, and to the US administration, which demanded that Israel stop unilateral steps, the most important of which is the settlements.

Shtayyeh stressed that the countries of the world must stand against these unprecedented measures.