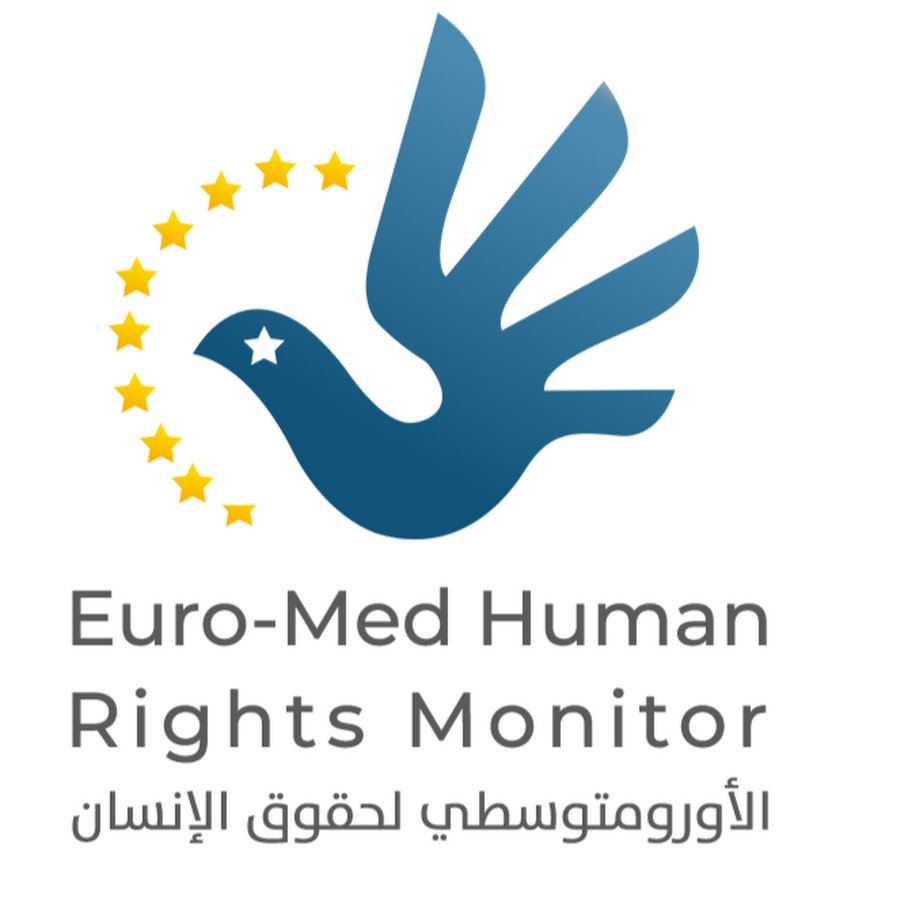 The Euro-Mediterranean Human Rights Monitor (Euro-Med) condemned Israel’s announcement to classify six Palestinian civil society organizations as terrorist organizations amidst absence of international response, considering this as another link in the chain of undermining the right to civil and human rights work in the Palestinian territories.

Euro-Med Monitor said in a statement that the classification aims to prevent the documentation of Israeli violations and support their victims amid an absence of international response to that.

The Geneva-based rights organization said it views with concern the decision issued by Israeli Defense Minister Benny Gantz to declare six well-known Palestinian human rights organizations as “terrorist organizations” according to a list published by the Israeli Ministry of Justice, claiming that they are linked to the Popular Front for the Liberation of Palestine and its financial support from European countries.

The statement of the Israeli Ministry of Justice used information provided by NGO Monitor, known for its hardline positions towards Palestinian institutions and incitement against them.

The institutions listed in the Israeli decision are Addameer for Human Rights, the International Movement for Defense of Children – Palestine, Al-Haq, the Union of Agricultural Work Committees, the Union of Arab Women’s Committees, and the Bisan Center for Research and Development.

Last September, Euro-Med Monitor expressed its deep concern about the escalation of Israeli violations against human rights organizations and human rights defenders in the occupied Palestinian territories, amid an absence of any serious action from the international community to address these violations and end the policy of impunity.

Euro-Med Monitor reviewed examples of the Israeli attacks on human rights defenders in the Palestinian territories, highlighting the dangerous effects of this policy in restricting human rights work and impeding the documentation, monitoring, and combating the ongoing violations in the occupied territories.

The statement pointed out that since September 2019, the Israeli authorities have prevented Amnesty International activist, Laith Abu Ziyad, from accompanying his mother to East Jerusalem, where she is receiving chemotherapy for cancer, for undeclared “security reasons.” This ban is usually an act of revenge for his activity in documenting Israeli violations.

Euro-Med Monitor added that in November 2019, the Israeli Supreme Court upheld another arbitrary decision to deport Omar Shakir, director of Human Rights Watch, in the Occupied Palestinian Territories, based on a law passed by the authorities in 2017 that allows for the deportation of foreigners who support boycotting Israel due to its inhuman treatment of Palestinians.

The statement highlighted that in 2016, Israel used an old regulation, 1945’s Emergency Regulations, dating back to the British Mandate, to ban the work of a large number of civil and charitable societies operating in the occupied Palestinian territories, including the Euro-Mediterranean Human Rights Monitor. Israel uses this regulation widely to punish and deter those who criticize and document its violations. Euro-Med Monitor pointed out that its chair, Ramy Abdu, and some of its employees are constantly subjected to Israeli harassment, including smear campaigns and restrictions on work and movement, against the background of activity in documenting Israeli violations.

The Euro-Mediterranean Human Rights Monitor renewed its call on the international community to pressure the Israeli authorities to limit their policies in subduing critical voices of their practices and violations in the Palestinian territories. “The presence of these organizations should be empowered to ensure continued monitoring and documentation of Israeli violations, which contributes to holding Israel accountable for these violations,” it said.