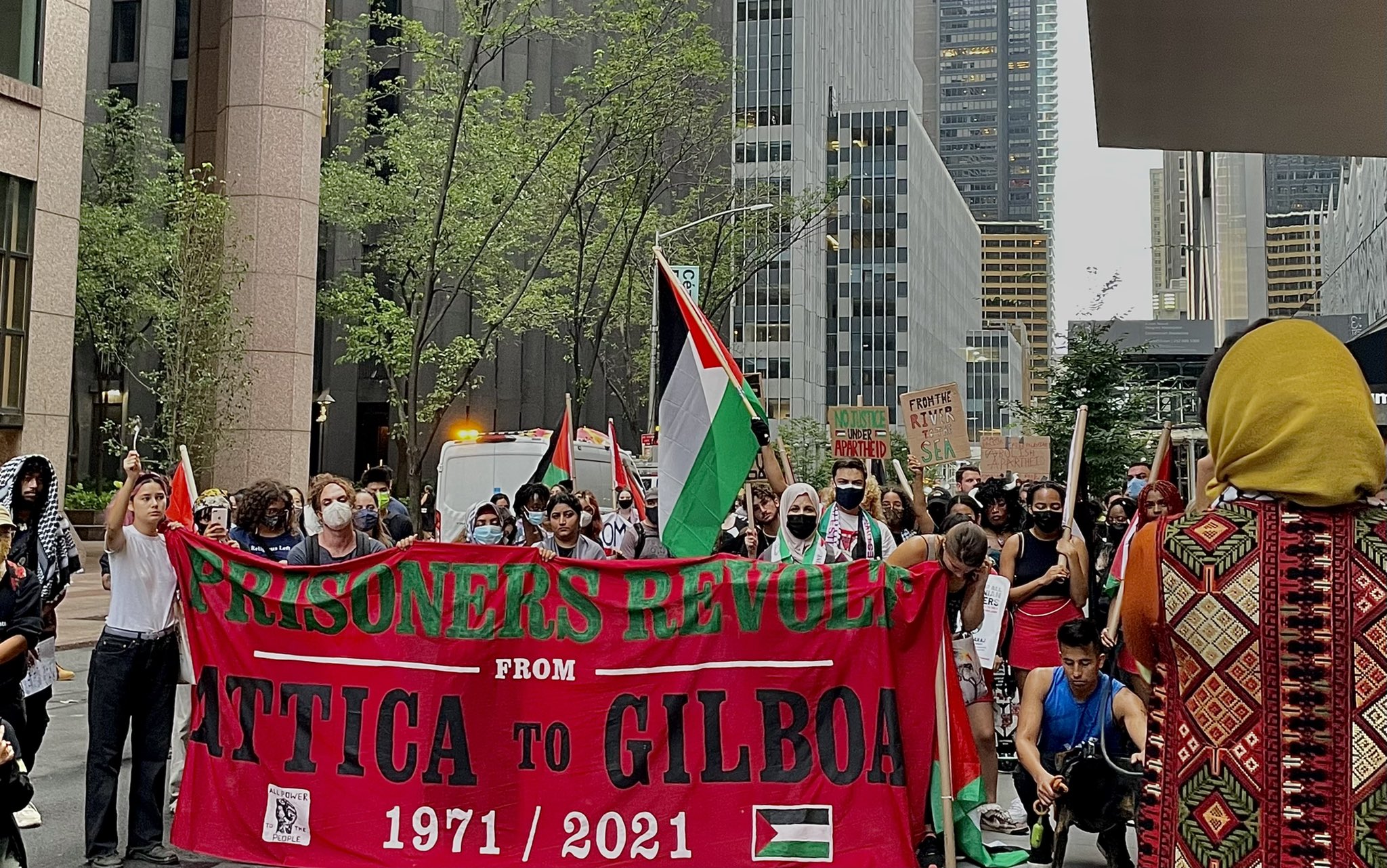 Hundreds of pro-Palestine protesters from a coalition of leftist organizations marched on Friday to the Museum of Modern Art (MoMA) in Manhattan with the Palestinian flag and “Globalize Intifada” banners.

The march was part of the so-called Strike MoMA campaign, which began as a series of 10 weekly protests from April 9 ​​to June 11, against MoMA’s alleged complicity in war profiteering, environmental harm and dispossession of communities worldwide.

The Palestinian intifada was chosen as a model of resistance against colonial violence and oppression, and “Globalize the Intifada” as the rallying cry of Friday’s march, with banners also reading “Honor the Martyrs of Palestine.”

The 10-week initiative was founded by the Strike MoMA Working Group, which is part of a group called the International Imagination of Anti-Imperial Feelings (IIAAF).

The Friday march was part of the so-called “second phase” of StrikeMoMA.

“No struggle is left when we move together and individually, but in agreement. At MoMA, the framework for abolition, decolonization, anti-capitalism and anti-imperialism overlaps in the course of the struggle,” the movement’s manifesto said in a section entitled “Operational Conditions for striking MoMA. “These included both Israel and South Africa as apartheid states.”

Another group that participated was Within Our Lifetime, whose goal is to liberate Palestine and who names the US  and Zionism as two forms of colonial oppression.

A large number of organizations took part in the protest, including groups called Decolonize This Place, MoMA Divest and the Direct Action Front for Palestine.