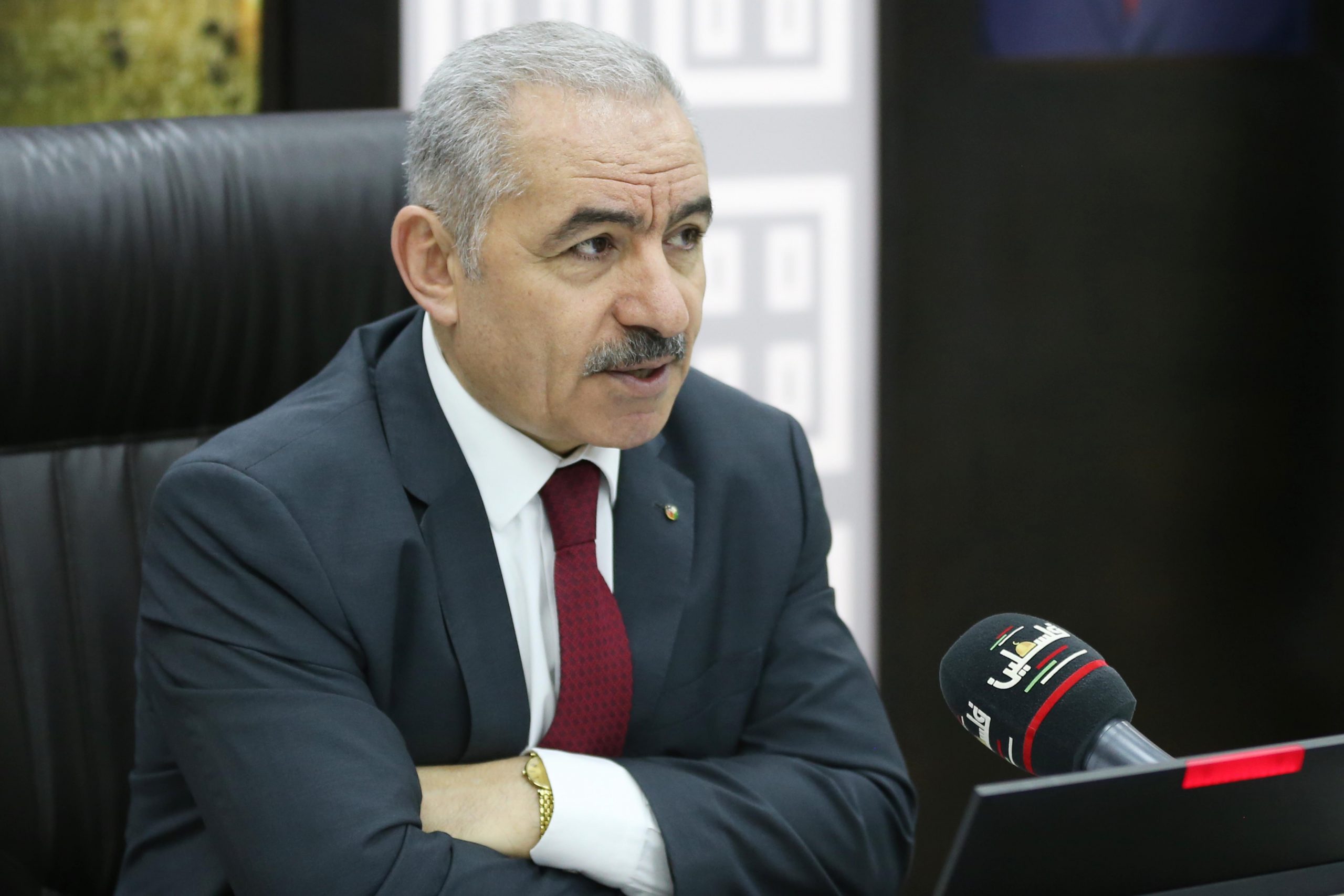 “We expect the US administration to implement the steps announced by President Biden during his election campaign,” Shtayyeh said in an interview on Palestine TV.

He said that the recent visit of Israeli Prime Minister Naftali Bennett to Washington and his meeting with Biden has not had great results for him since the US President stressed the two-state solution, the importance of preserving the status quo in Jerusalem, the refunding of the United Nations Relief and Works Agency (UNRWA) for Palestine refugees, and the reopening of the US consulate in occupied East Jerusalem.

Shtayyeh said there was a discussion with the US administration on one basic topic and that was demanding that Israel abide by the agreements it signed with the Palestinians, in addition to ending its aggression against the Palestinian people, stopping its settlement program, preserving the status quo in Jerusalem and reopening the US consulate in East Jerusalem.

He said he called on President Biden to issue a statement saying that the Palestine Liberation Organization (PLO) and the PA are partners with Washington in the peace process, adding that “we are still waiting to hear an answer.”

On the meeting between President Mahmoud Abbas and the Israeli Minister Benny Gantz, the Prime Minister said that was the first meeting with an Israeli official in 11 years in light of the absence of a political horizon, adding that in case more such meetings take place, Israel should come back with answers to the questions raised in the meeting by President Abbas.

Shtayyeh said President Abbas is leading political efforts with other Arab countries to push the International Quartet on the Middle East peace process to come up with an initiative for a negotiation track with Israel based on new foundations.

“We do not want to go back to the square of the former bilateral negotiations with Israel,” he said. “We want negotiations based on international law and the United Nations and under the umbrella of the International Quartet.”

As for the financial crisis facing the PA, Shtayyeh said the start of a breakthrough in the financial issue will be from now until the end of the year. “We will begin to get out of the bottleneck gradually with the donors’ meeting in New York this month and receiving the European assistance that will be disbursed after the approval of the European Union (EU) budget and is expected to reach $140 million.”

Shtayyeh said that the PA’s sources of revenue are the clearance funds collected by Israel on its behalf, the local tax revenues and international grants. He said that the financial blockade by the former US administration under Donald Trump that stopped all US aid estimated at $500 million annually, in addition to the absence of Arab aid estimated at between $400 – $500 million annually and the problems within the EU with regard to the budget have contributed to PA’s financial crisis. He said that the amount of external aid that reached the state treasury this year was only $30 million provided by the World Bank.

“We bear all the financial obligations of our people wherever they are,” said the Prime Minister. “Last year, we gave the city of Jerusalem and its surroundings $186 million, and Area C $70 million for development projects, and we gave the Gaza Strip $140 million every month while we did not receive any taxes from the Gaza Strip other than 7 to 9 million shekels ($2.2 to $2.8 million) per month, in addition to the financial needs of the embassies abroad, particularly since all the PLO budget comes from the Ministry of Finance.”

He added, “We are committed to paying the employees’ salaries in full, and what is being said about the inability to pay salaries in full are nothing other than social media rumors. We pay 351,000 salaries monthly, and this is a huge burden. The salary bill amounts to 920 million shekels ($ 287 million) monthly. Therefore, most of our revenue is spent on salaries.”

Shtayyeh said a government reshuffle may be in line to either only fill two empty posts: the interior and the Awqaf (religion) ministries, which he has been occupying, or carry out a more comprehensive reshuffle. He said he is in touch with the President to fill the two ministries as soon as possible.

He also said that he hopes to hold elections for the local councils in all of Palestine before the end of this year even though he has not heard anything regarding holding them in the Gaza Strip so far.