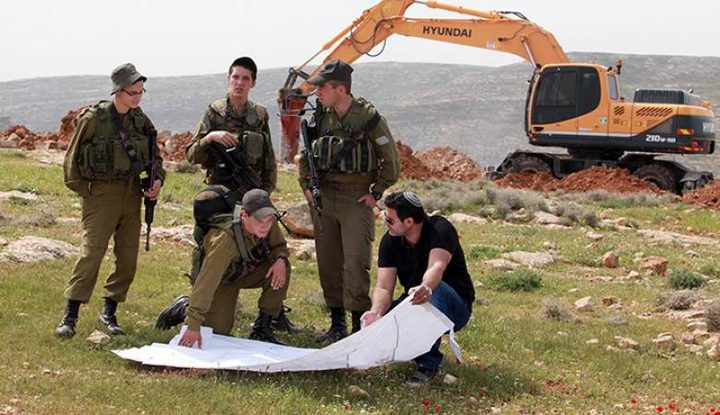 The Israeli occupation authorities today issued an order to seize hundreds of dunums of Palestinian-owned land in the village of Kisan, south of the occupied West Bank city of Bethlehem, according to a local source, raising concern that the decision is intended for the expansion of an illegal colony in that area.

Hasan Breijieh, from the Wall and Settlements Resistance Commission, told WAFA that Israel claimed the takeover of the land, located southeast of the village and which belongs to the Awadallah family, is going to be turned into a nature reserve.

However, he added, this decision is actually intended to facilitate seizing more Palestinian lands in the village to expand the nearby Abi HaNahal settlement.