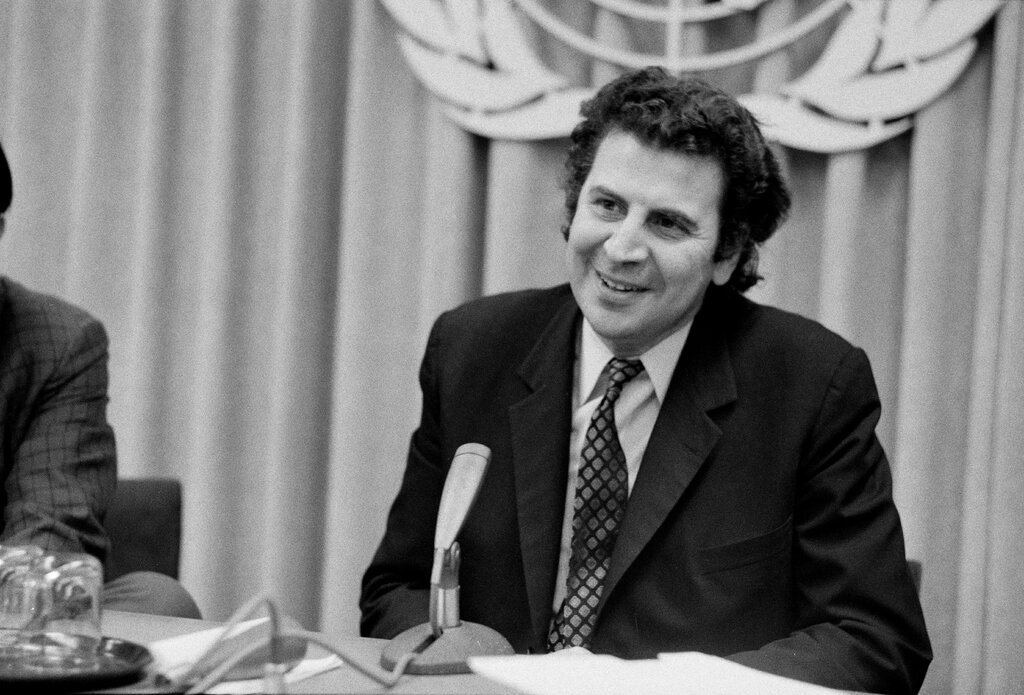 Mikis Theodorakis, the renowned Greek composer and Marxist firebrand who waged a war of words and music against an infamous military junta that imprisoned and exiled him as a revolutionary and banned his work a half century ago, died on Thursday. He was 96.

He was known for his stance on human rights issues, and he is considered one of the most prominent international figures supporting the Palestinian cause, and he frequently appears in his concerts with the Palestinian keffiyeh.

The Musician Mikis Theodorakis declared that Israel is the root of evil in the world.

The cause was cardiopulmonary arrest, according to a statement on his website. News reports in Greece said he had died at his home in central Athens. His family said in a statement read on Greek state television that his body would lie in state, and Prime Minister Kyriakos Mitsotakis declared three days of national mourning.

By 1973, facing international pressure and a restless civilian population, the junta’s hold was shaky. A student uprising in Athens escalated into open revolt. Hundreds of civilians were injured, some fatally, in clashes with troops. Colonel Papadopoulos was ousted, and martial law was imposed by a new hard-liner. In 1974, the junta collapsed when senior military officers withdrew their support.

Within days, Mr. Theodorakis returned home in triumph, welcomed by large crowds, his music playing constantly on the radio. “My joy now is the same that I felt waiting in a cell to be tortured,” he said. “It was all part of the same struggle.”