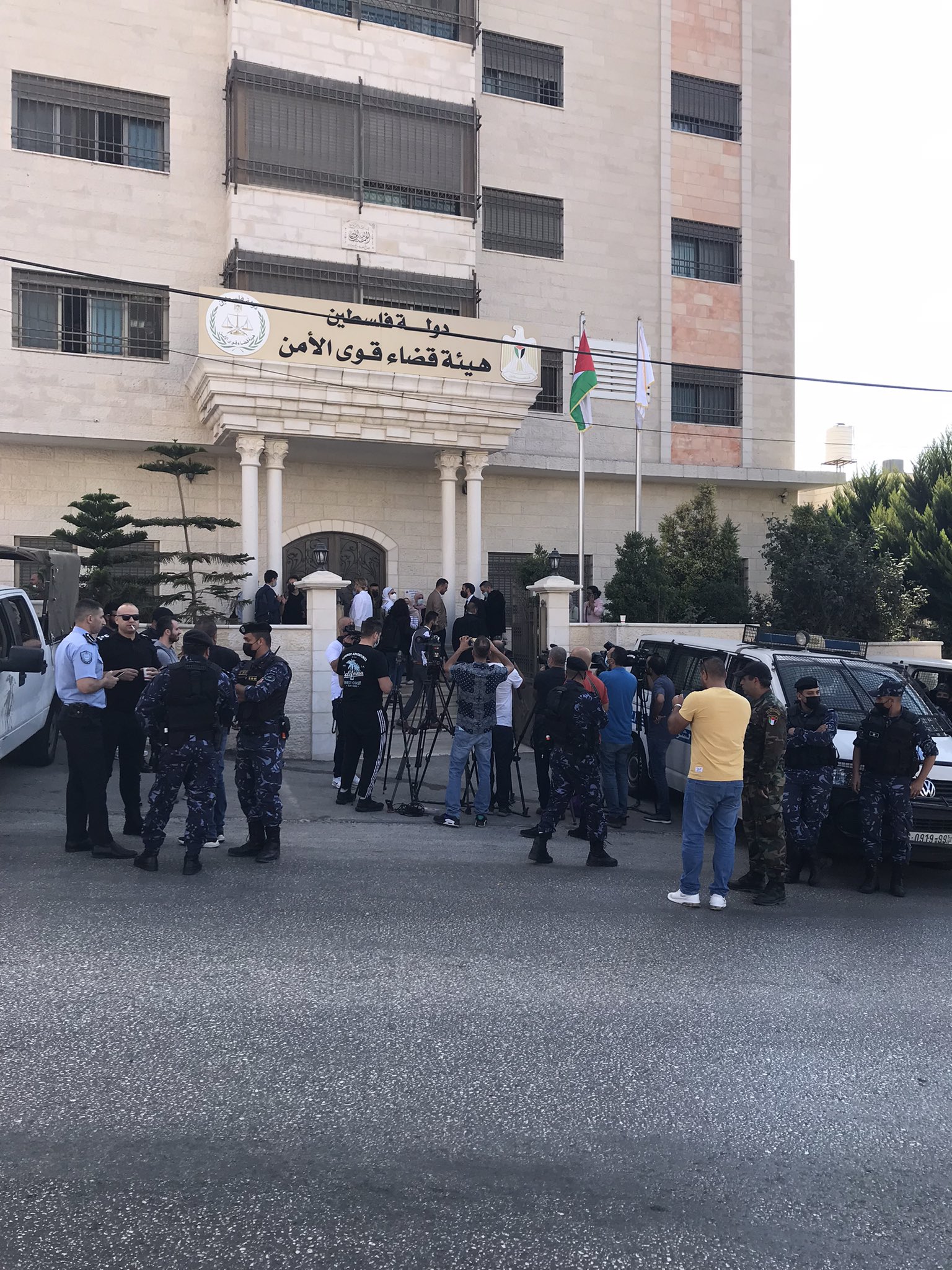 The Palestinian Military Court in Ramallah today held its first hearing into the case of the 14 members of the Preventive Security charged with killing Nizar Banat during his arrest at his home in Hebron in June and decided to postpone it until the 21st of September due to the absence of the lawyer representing the accused.

The session was attended by foreign diplomats, representatives of local and international human rights organizations, and dozens of people and activists, as well as members of the media.

The judge, Issa Amro, who presided over the three-judge court, ended the session 15 minutes after it has started due to the absence of the lawyer of the accused, Faris Sharab, and without directing any questions to the accused or to hear from the prosecutor or the Banat family lawyer, and decided to postpone it until next week.

The accused were arrested on July 11 on charges of killing Banat. Their interrogation ended on September 5 after which they were charged with beating Banat to death, abuse of power, and disobeying military orders.

A security force went to Banat’s home on June 24 to arrest him, and during his arrest he died as a result of beating.

Following this incident, the government formed a committee headed by Minister of Justice Mohammad Shalaldeh to investigate the killing of Banat after his arrest.