BREAKING NEWS
Home Fateh in Egypt Dr Ghareeb: President Abbas speech is a historical document and the world must act to end occupation 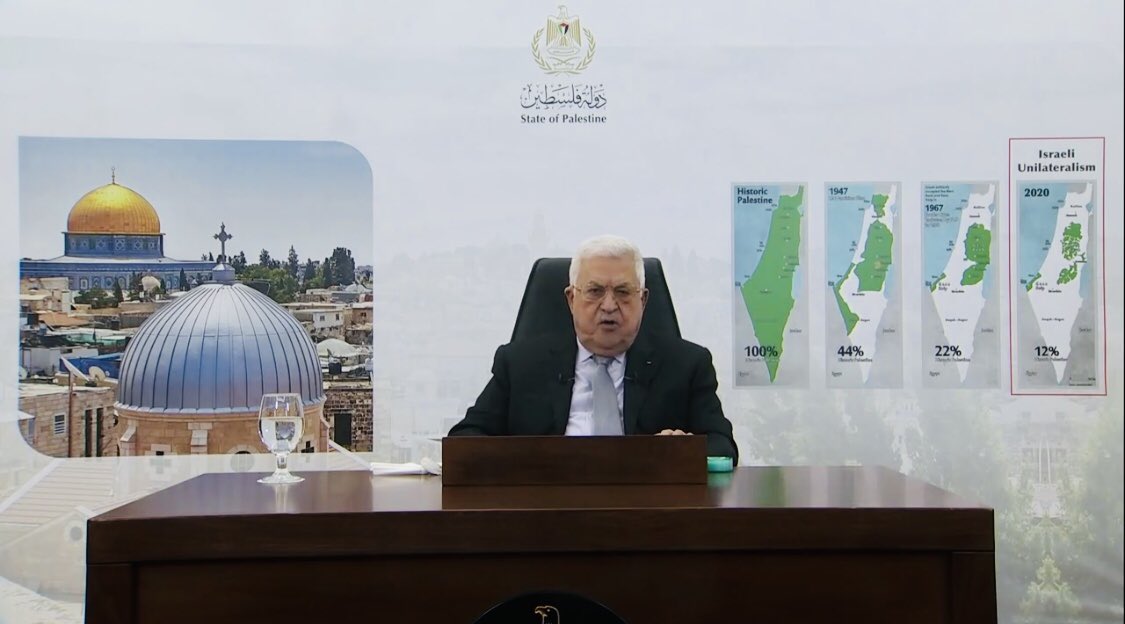 Dr Ghareeb: President Abbas speech is a historical document and the world must act to end occupation

The Palestinian National Liberation Movement “Fatah” in Egypt affirmed that President Mahmoud Abbas’ speech at the United Nations is important in the history of our Palestinian cause, it clearly expressed the Palestinian leadership’s adherence to the right of return and our people legitimate right of resistance.

Dr. Muhammad Ghareeb, Secretary General of the movement in Egypt said that the president’s speech is a document of history that our struggling people send to the countries of the world to tell them, “Enough is enough and you must, without delay, do your duty to end the Israeli occupation, and implement the international legitimacy that you have approved. Otherwise, there will be ominous connotations in the future, and it may impose a new reality that threatens stability and ignites tension.”

Dr. Ghareeb added that the president’s speech is strong as the Palestinian right, and the president talked about the double standards used by the world, which has to see the truth and judge by it. Our people are threatend by terrorism, murder and racism, and the world should read the curricula of Israeli schools that reek of racism and call for violence against Palestinians and Arabs, before they criticize the Palestinian curriculum, and to watch Israel’s media with its racism, its chaos and its fight against everything that is Palestinian, before they watch the Palestinian media, which defends the rights of its people, and exposes the crimes of the occupation.

Dr. Ghareeb stressed that is enough in light of the absence of a deterrent against the occupation and its crimes, and attempts to undermine the two-state solution in accordance with international legitimacy, which may create a new reality in which developments may impose new events, because our patience and the patience of our people have limits, stressing the need to call for an international peace conference in accordance with the resolutions of international legitimacy and the Arab Initiative.

He stated that the president’s speech manifests loyalty to the martyrs, prisoners and wounded in the strongest form, as the leadership will not abandon responsibility towards them and our people, despite all of Israel’s sanctions.

Dr. Ghareeb saluted the President for his courageous speech expressing all the hopes and aspirations of our people in front of the whole world, adding that our Palestinian people will continue to defend their rights, until their dream of independence for their Palestinian state is fulfilled with Jerusalem as its capital.