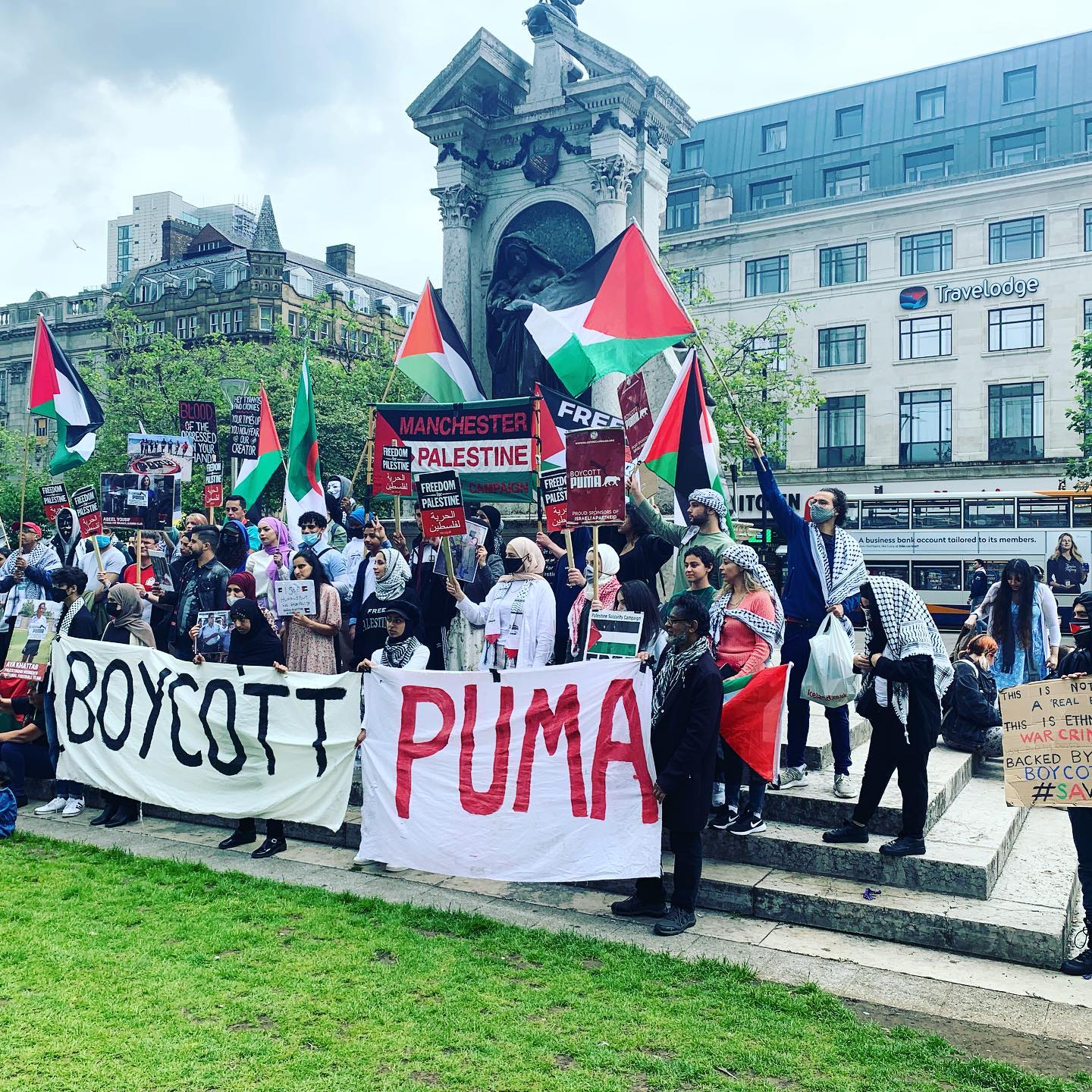 Protesters in UK demonstrate against sports-wash of Israeli apartheid

Several demonstrations were held across the United Kingdom yesterday against Puma, a multinational corporation that designs and manufactures athletic and casual footwear, to demand the sports brand end its sponsorship of the Israeli Football Association.

The protests, called for by the Palestine Solidarity Campaign (PSC), saw demonstrators gathering in front of Puma stores in London, Brighton, Liverpool, Chester and other parts of the UK, chanting slogans that condemned Israeli apartheid in occupied Palestine.

The brand has been facing a growing boycott movement over its deal with the IFA, which includes six illegal Israeli settlement teams.

Campaigners have accused Puma of complicity in Israel’s apartheid regime by allowing its brand to “sport-wash” Israeli crimes.