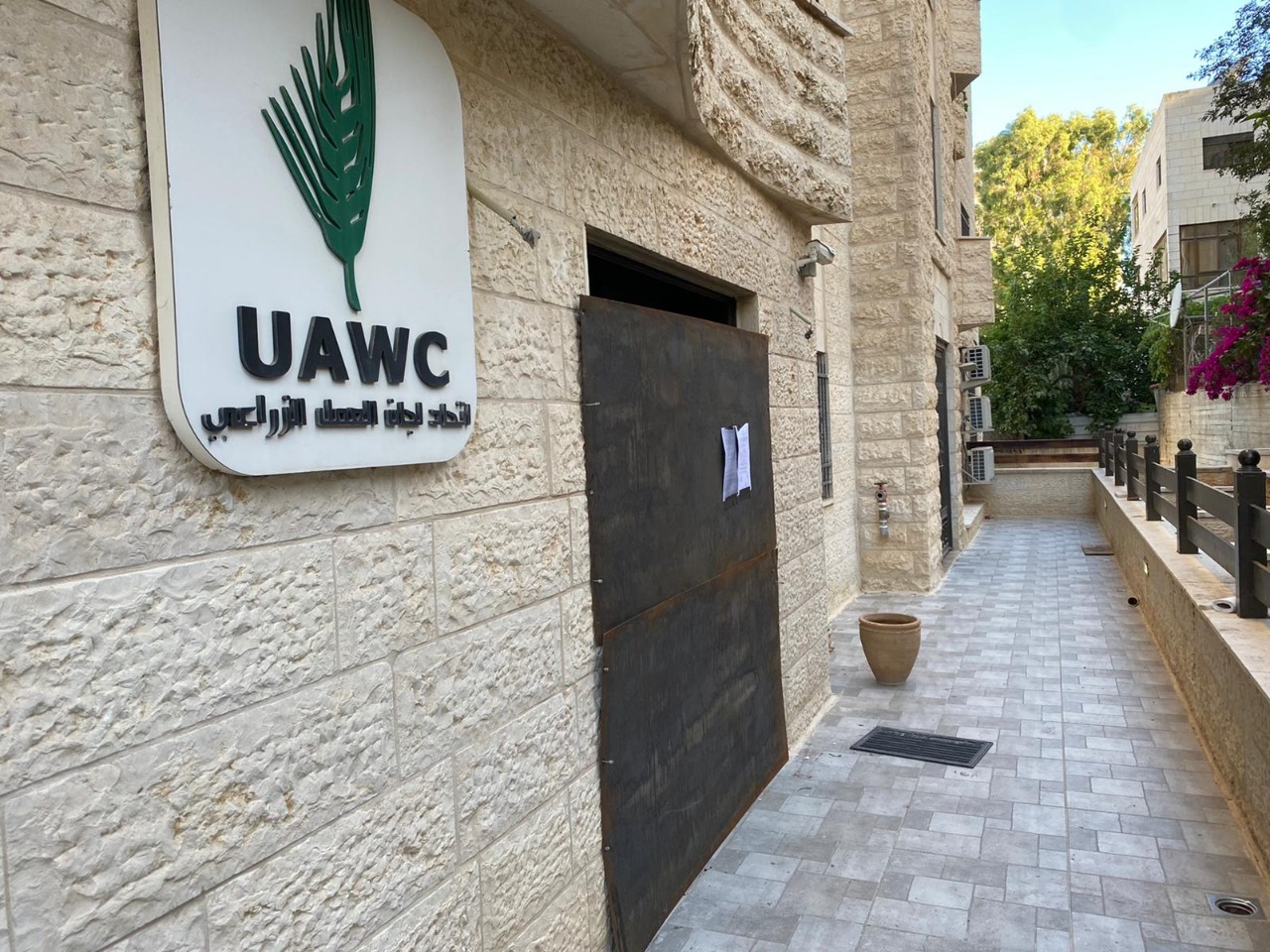 The State of Palestine condemned today Israel’s “systematic and widespread attacks” on the Palestinian health and agriculture sectors, “including the continued and deliberate targeting, ongoing raids, and shut down of the Health Worker Committees (HWC) and Union of Agricultural Work Committees (UAWC) and harassment of their staff,” according to a statement by the Palestinian Ministry of Foreign Affairs and Expatriates.

It was referring to the Israeli army raid early this morning on these two Palestinian NGOs in Ramallah and their forced shut down, as well as “the unlawful detention” of HWC executive director, Shatha Odeh, which it strongly denounced.

“This continued harassment of HWC staff deprives the Palestinian people of urgently needed care, endangers health care providers, and undermines the health system, especially as Palestine braces itself for a fourth wave of this deadly pandemic,” said the Foreign Ministry statement. “Clearly, this concerted assault is a grave breach of the Fourth Geneva Convention and a war crime under the Rome Statute.”

The Ministry said the State of Palestine “holds Israel, the occupying Power, fully responsible for the repercussions of this targeted campaign and unequivocally rejects the illegal occupation’s attempts to exercise control over the functions and operations of Palestinian civil society organizations, including HWC and UAWC, through illegitimate military decrees.”

It added: “The State of Palestine demands an immediate halt to Israel’s attacks on Palestinian health and agriculture sectors and healthcare professionals and calls on the international community to assume its responsibilities and compel Israel to cease its grave violations of the Palestinian people’s fundamental rights, including the right to access healthcare.”

The Foreign Ministry concluded its statement by demanding that Israeli must be held accountable for its actions in the occupied territories.

“To ensure that Palestinian healthcare and agriculture professionals are able to operate in a protected environment, without disruption or violence, Israel must be held accountable for its violations,” it said.