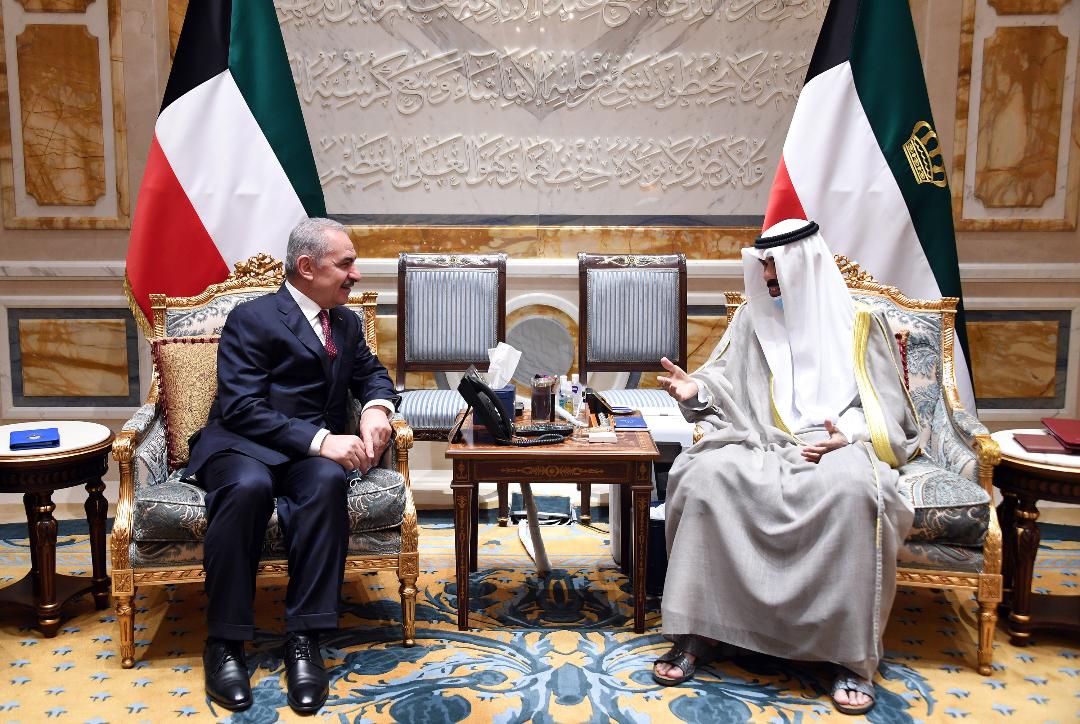 Prime Minister Mohammed Shtayyeh met today with the Emir of Kuwait, Sheikh Nawaf Ahmed Al-Jaber Al-Sabah, at Bayan Palace in the Kuwaiti capital, as part of his official visit to Kuwait.

Shtayyeh briefed the Emir on the latest political developments, particularly the ongoing Israeli violations against the Palestinian people, especially in Jerusalem.

He further briefed him on the efforts exerted towards achieving the national unity, mobilizing international support for reconstruction efforts in the Gaza Strip, creating a political track amid the gained-international momentum to end the occupation and establish an independent Palestinian state.

For his part, the Emir of Kuwait affirmed that the Palestinian cause was and will always be on the top of Kuwait’s priorities, stating that Kuwait will remain on the side of the Palestinian people until realizing their national aspirations and obtaining their independent Palestinian state.