BREAKING NEWS
Home Reports Remembering the Naksa, or setback, of 1967 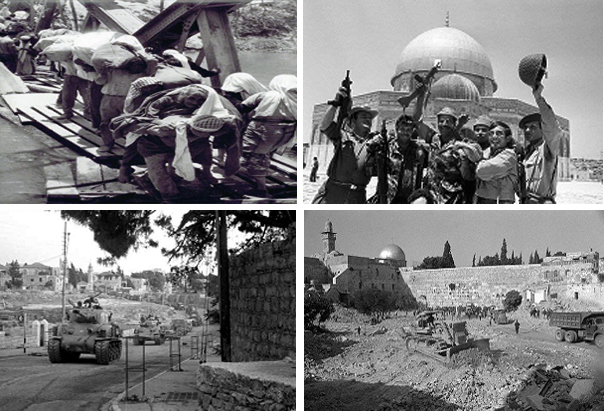 Remembering the Naksa, or setback, of 1967

On this day in 1967, the opccupying state of Israel launched a pre-emptive attack against Egypt, Jordan, Iraq and Syria. After hitting the air defences of these countries, Israel captured East Jerusalem, the West Bank and Gaza, as well as the Syrian Golan Heights and Egypt’s Sinai Peninsula.

Twenty years after being recognised as an independent state on the ruins of historical Palestine, Israel began an occupation that would become the longest in modern history. As such, Israel took control of the final 22 per cent of historic Palestine that it wasn’t able to occupy in 1948.

The term ‘Naksa,’ or the ‘setback,’ refers to the beginning of the 1967 Six Day War on June 5, which saw Israel triple in size beginning over 54 years of occupation.

Nearly 400 thousand Palestinians were displaced by the Israeli onslaught adding to the hundreds of thousands of refugees displaced in 1948 by the invading Zionist pre-Israel militias. Around half were being displaced for the second time in less than 20 years.

The number of Palestinian refugees in the camps run by the UN Relief and Works Agency (UNRWA) in the West Bank, Gaza Strip, Jordan, Syria and Lebanon even grew further.

The attack saw Israel disregard the previously agreed upon Green Line borders drawn up in the 1949 armistice with Egypt, Jordan, Lebanon and Syria, which separated the newly established Israel from the Palestinian areas of the Jordanian-administered West Bank and Jerusalem, and the Egypt-administered Gaza.

Following the onslaught, facilitated with strong backing of the United States, Israel imposed a military occupation in the West Bank and Gaza and annexed East Jerusalem that is going on until today.

Palestinians in the “occupied Palestinian territories” have since been subjected to a brutal Israeli military occupation as well as the activities of armed, right-wing Jewish settlers, for whom Israel’s victory was a licence to colonise the land which they believed was promised to them by God and them alone.

In 2005, Israel pulled out its troops and settlers from Gaza as part of a unilateral disengagement plan under late Israeli Prime Minister Ariel Sharon.

Despite many UN resolutions asking for its withdrawal from these territories, Israel continues to occupy all of the territories except the Sinai Peninsula. Israel withdrew from this territory in 1982, following a peace treaty with Egypt.