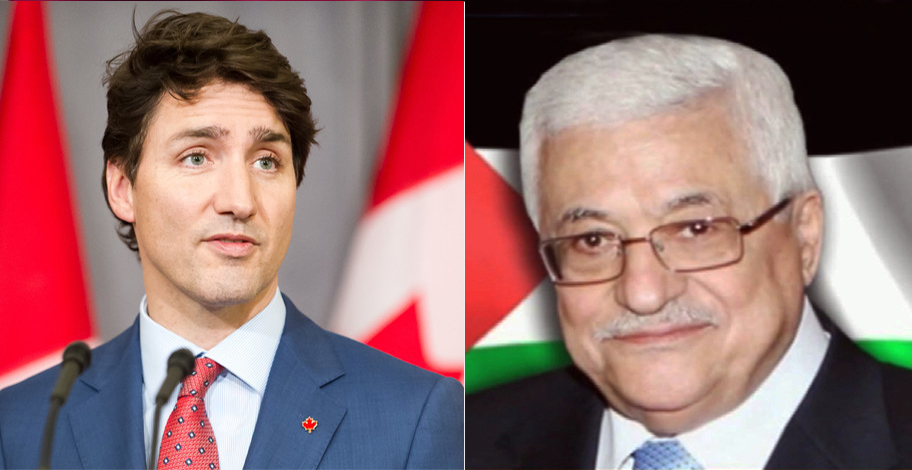 They further discussed the importance of returning to the political process.

The Canadian minister expressed his country’s concerns and rejection of the ongoing expulsion of Palestinian residents from the Sheikh Jarrah neighborhood and other neighborhoods in Jerusalem, and the importance of respecting religious sites, stressing Canada’s position that is consistent with international law and rejects settlements.

He stressed Canada’s keenness to establish peace in the region and to continue providing relief and assistance to the United Nations Relief and Works Agency for Refugees (UNRWA), noting that Canada will dispatch its foreign minister to the region next week to confirm its commitment to achieving peace based on the principle of the two-state solution and establishing security and stability in the region.

President Abbas thanked the Canadian Prime Minister for his country’s position in accordance with international law, which supports the right of self-determination for the Palestinian people, rejects settlement expansion in the Palestinian territories and the expulsion of Palestinians from their homes in East Jerusalem.

The President also thanked Canada for the humanitarian aid it provides to the Gaza Strip, the support provided to UNRWA, and its assistance in combating the coronavirus epidemic.

President Abbas briefed the Canadian Prime Minister on the importance of achieving a comprehensive calm and returning to the political process to end the occupation and achieve a comprehensive peace in accordance with international legitimacy resolutions under the auspices of the International Quartet.

The President stressed the need for Canada to play a role in peacemaking given its good relations with all concerned parties.

He reiterated Palestine’s commitment to consolidating democracy and the rule of law, noting that elections will be held as agreed as soon as Israel allows the holding of elections in the city of Jerusalem.

The president further stressed the importance of having a political horizon and giving hope to the Palestinian people, and for Canada to have a role in supporting relief and peace efforts, welcoming the upcoming visit of the Canadian Foreign Minister to Palestine.

He affirmed Palestine’s keenness to strengthen bilateral relations between the two friendly countries in the best interests of both peoples.