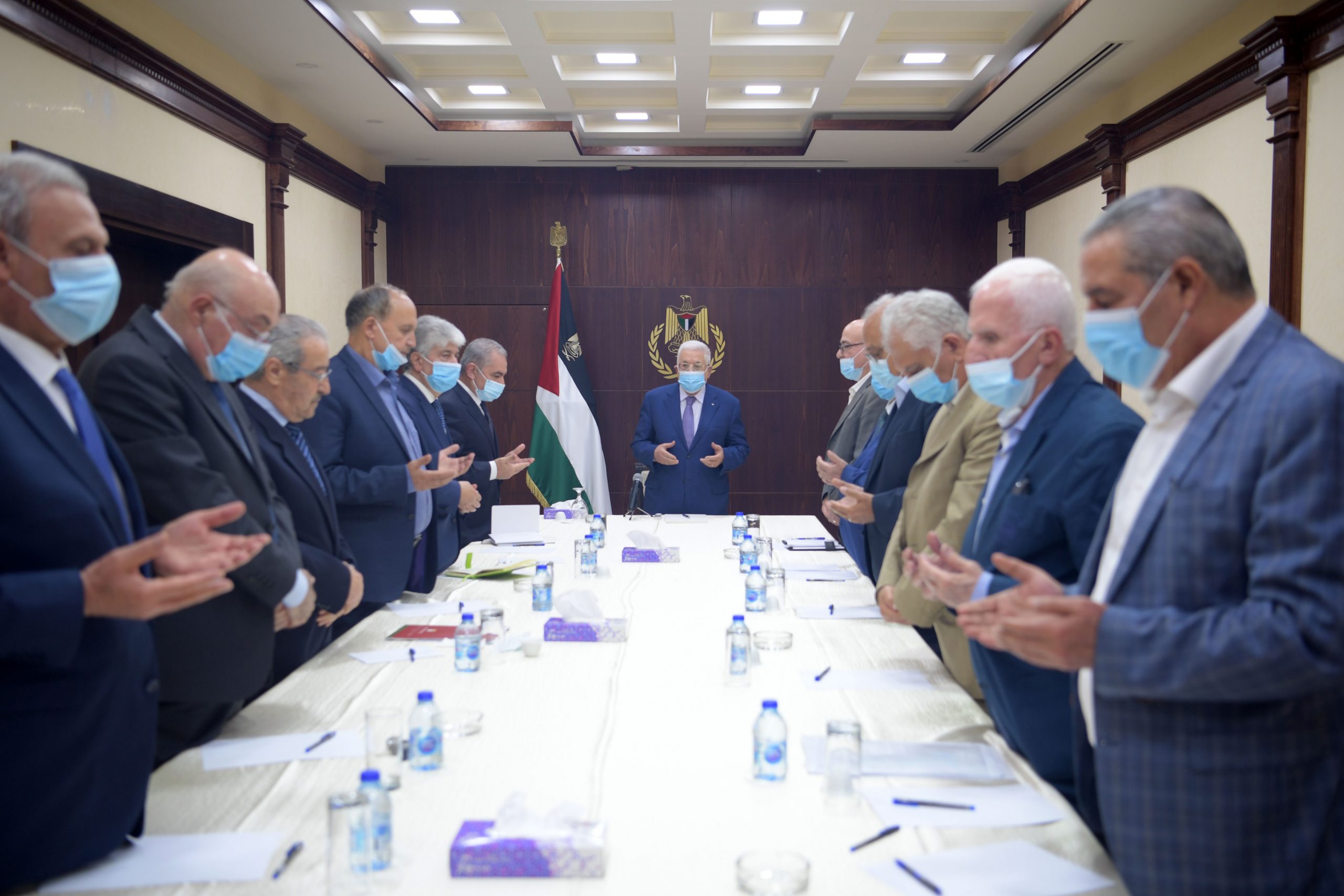 Headed by the President of the State of Palestine, Mahmoud Abbas, the Executive Committee of the Palestine Liberation Organization (PLO) held a meeting on Monday evening, at the presidential headquarters in the occupied West Bank city of Ramallah.

The President gave an extensive presentation of the efforts and contacts that have been made with Arab and international parties and the efforts made to stop what is happening in Jerusalem, precisely the attacks by extremist settlers that are backed by the Israeli occupation forces against Palestinian people and the incursions into Al-Aqsa Mosque, and to prevent the expulsion of Palestinians in Sheikh Jarrah, Batn al-Hawa and Silwan neighborhoods and Damascus Gate as well, saluting the steadfastness of Palestinians and the youths in Jerusalem.

The President also reviewed efforts made to consolidate the ceasefire in Gaza in order to prevent the recurrence of the brutal crimes committed by the Israeli occupation in its aggression on the Strip.

The President reviewed efforts to expedite rebuilding of what the Israeli aggression destroyed, which led to the displacement of tens of thousands of citizens from their homes as a result of the destruction, in addition to the destruction of infrastructure, including health, educational, social and economic institutions. He also discussed with the participants the Israeli ongoing aggression against the neighborhoods of Jerusalem and lands in the occupied West Bank, in application of the colonial settlement policy.

The President also reviewed the political movements and contacts undertaken by the Palestinian leadership at all Arab, regional and international levels, including international organizations, the United Nations, the Security Council and the Human Rights Council, to mobilize the support of the international community to confront the consequences of the ongoing Israeli aggression and put an end to it.