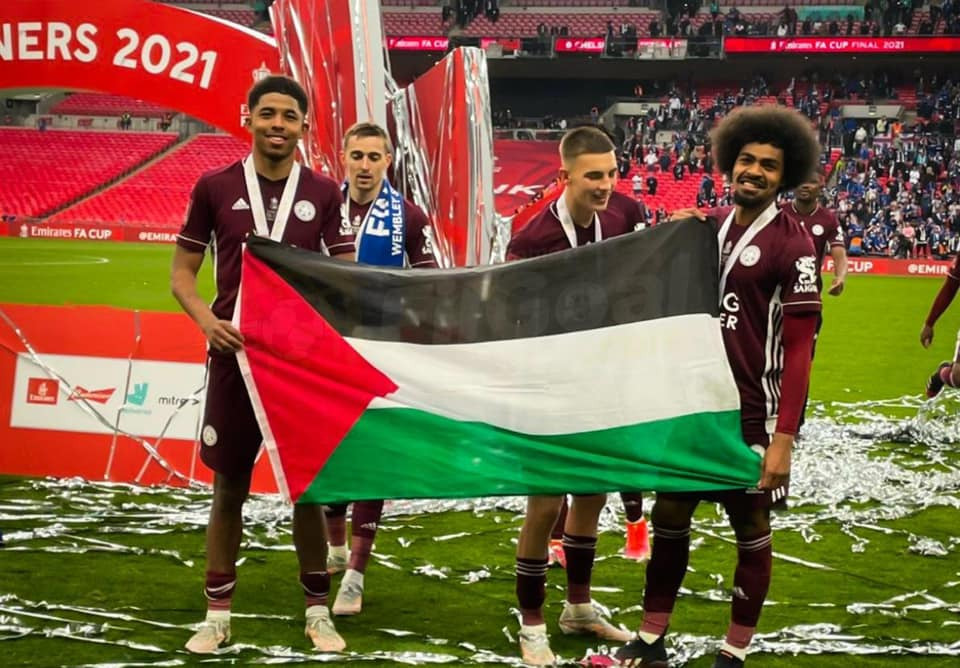 Posted By: Khaled Redaon: May 16, 2021In: Palestine News
Print Email

Choudhury had the flag draped over his shoulders as he collected his winner’s medal after beating Chelsea 1-0.

The move was a show of solidarity with the Palestinians who have faced intense bombardment, air strikes and persecution by the Israeli occupation forces in recent days, which caused the death of over 204 Palestinian civilians so far.

Online, social media users and fans have praised the football players for their act of solidarity and amplifying the voices of Palestinians.