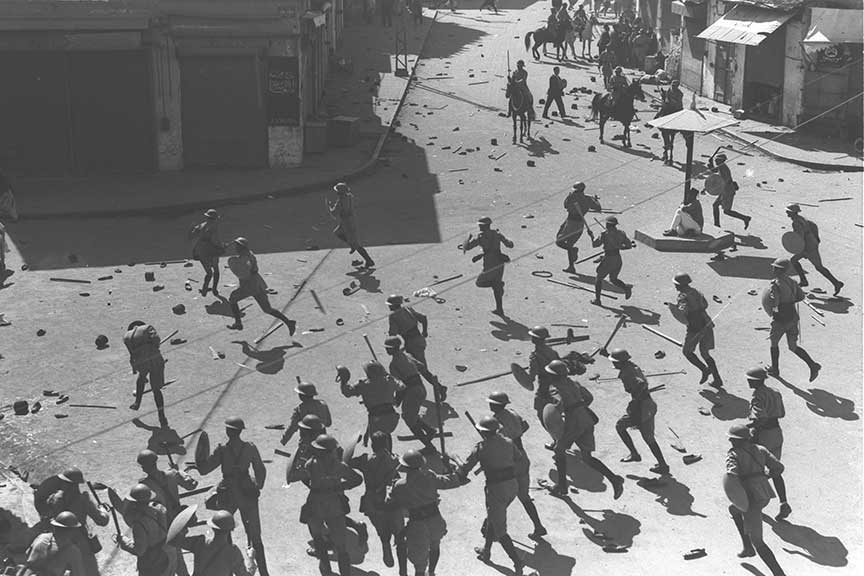 Jaffa Revolution was due to many reasons including the British occupation government announced its adherence to the Mandate and the Balfour Declaration and allowed the immigration of Jews to Palestine, and their numbers increased dramatically in April 1921. Furthermore, the government’s decision to consider Hebrew as an official language in the country, in addition to Arabic and English.

The spark of the revolution was launched from Jaffa, as it is the main center for receiving the Zionist emigration, in addition to the presence of a large number of Zionists to the north of it in the emerging colony of Tel Aviv.

The revolution took place on 1 May 1921, the commemoration of Labor Day, when a Zionist demonstration proceeded from the Tel Aviv settlement to the Mansheya neighborhood in the city of Jaffa, confronted by the Palestinian residents who thought that the demonstration was aimed at them.

The revolution lasted for two weeks, and almost forced the Jewish colonialists to flee had it not been for the intervention of the British occupation army, which suppressed the revolt with extreme brutality.

The attacks between the Arabs and the Zionists resulted in the deathes of 47 Zionists, 146 were wounded, in addition to the martyrdom of 48 Palestinians and the wounding of 73 by the British occupation forces. The occupation forces imposed heavy fines on the Palestinians, destroying supplies, killing livestock and burning crops.

The British occupation forces deceived the Palestinians as they contacted Palestinian leaders asking them for help to stop it, and promised them to speed up reconsidering their policy and work on achieving justice for the Arabs.

Musa Kazem Al-Husseini *, Hajj Muhammad Amin Al-Husseini * and the Latin Patriarch of Palestine, Baralasia, came to Jaffa and worked to calm thoughts. Then it became clear that the government resorted to this trick to calm the feelings of the Arabs pending the arrival of the armed forces that they requested from Cyprus and the Suez Canal. When these forces arrived, the army and policemen attacked the Arabs in Jaffa and the rest of the surrounding areas, and violent clashes erupted, and the government was able to quell the revolution after it had continued for 15 days.