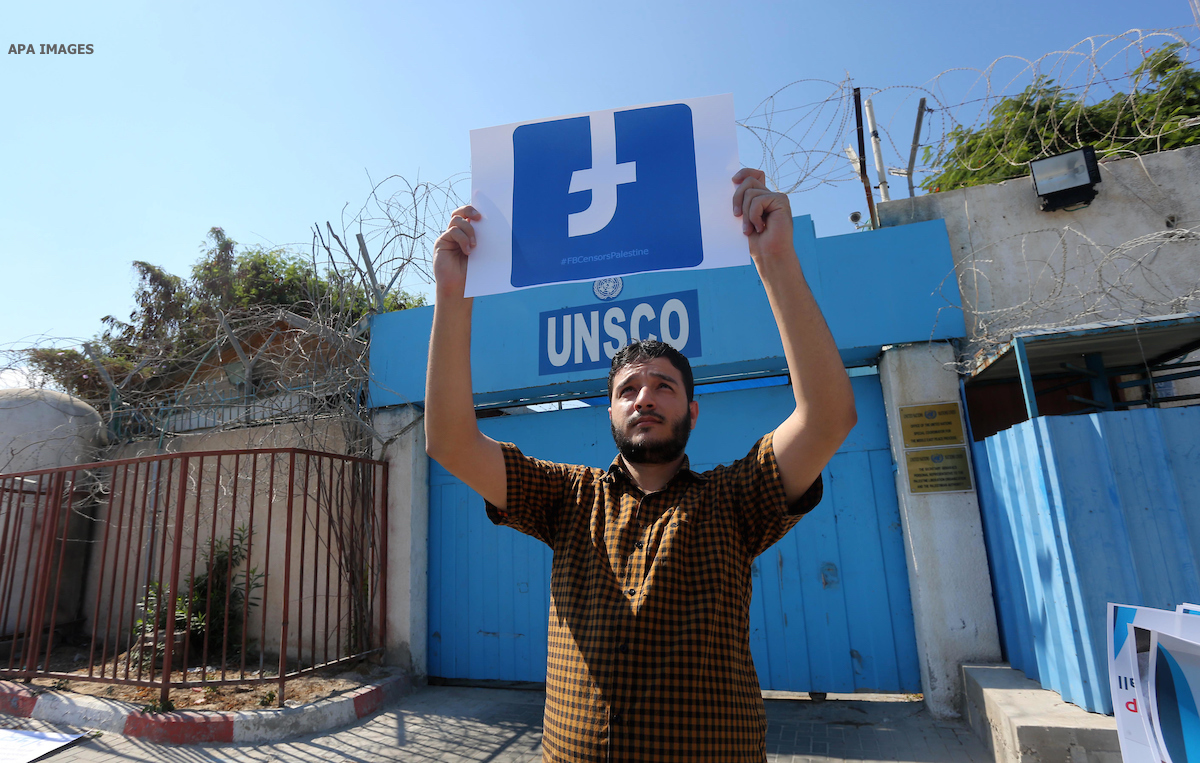 Palestinian journalists take part in a protest against Facebook decision to block Palestinian news sites' accounts, outside the UNESCO headquarters in Gaza City on Sep. 29, 2016. Editors from two Palestinian news publications based in the occupied West Bank say their Facebook accounts were suspended last week and that no reason was provided, alleging their pages may have been censored because of a recent agreement between the US social media giant and the Israeli government aimed at tackling "incitement". Photo by Mohammed Asad

Hundreds of pro-Palestinian activists have launched a coordinated campaign to lower Facebook’s app review ratings in protest of the social media giant’s ongoing censorship of Palestinian accounts and posts.

The campaign, which was shared across the social media, including Twitter, Facebook and Telegram, calls on subscribers to rate Facebook with a one-star review in the Apple and Google app stores.

The campaign appears to be gaining advantage, as the average star rating for the social network declined from over 4 out of 5 to 2.3 out of 5 on Apple’s App Store and 2.4 out of 5 on the Google Play store until Saturday evening. Many of the reviews include comments mentioning Facebook’s censorship of the Palestinian content and the silencing of Palestinian voices and hashtags such as #FreePalestine or #GazaUnderAttack.

“User trust is dropping considerably with the recent escalations between Israel and Palestine,” one senior software engineer said in reference to the recent Israeli aggression on Gaza, as quoted by the New York-based NBC News. “Our users are upset with our handling of the situation. Users are feeling that they are being censored, getting limited distribution, and ultimately silenced. As a result, our users have started protesting by leaving 1 star reviews.”

According to leaked screenshots of internal discussions, Facebook contacted the app stores to ask if they would remove the negative reviews. Apple declined, according to a post by a Facebook employee who said she contacted Apple’s developer relations team about the issue.