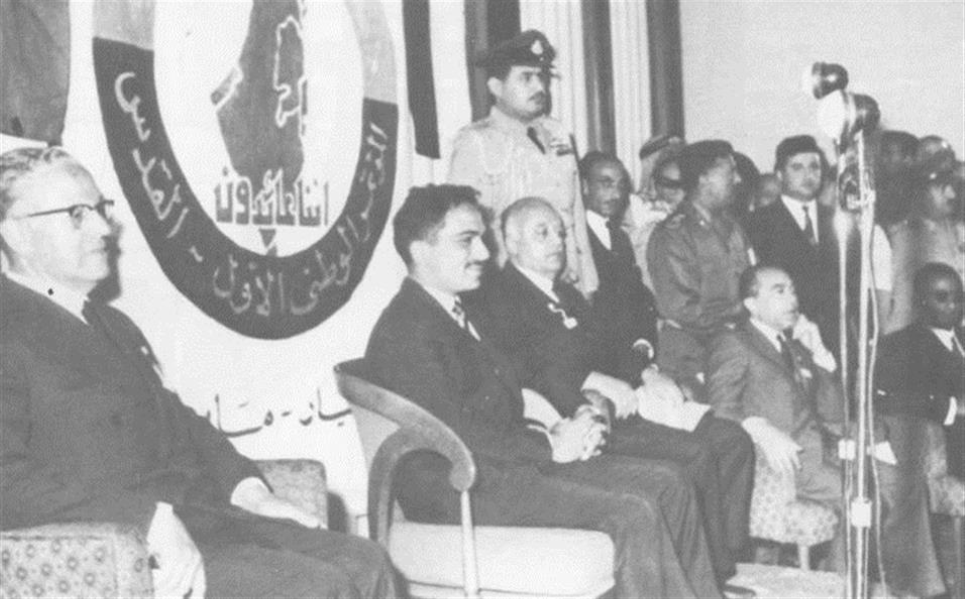 first Palestinian conference was held in Jerusalem, on may 28th to 2nd June, 1964

First session of PNC and Founding of PLO

Posted By: Ebtehal Mohamedon: May 28, 2021In: News, on this day, Unforgettable events
Print Email

Palestine National Council is the supreme legislative representative body for all the Palestinian people inside Palestine and in the Diaspora. The PNC normally sets PLO policies and plans, because it is the highest decision – making body,

The PNC was established in 1948, when Al Haj Amin AL – Husseni called for the convening of it in Gaza , as the first Palestinian legislative authority on the land of the Palestinian Arab state.

The National Council of Palestine  was renewed, when the first Palestinian conference was held in Jerusalem, on may 28th to 2nd June, 1964; as   a decision of the first Arab Summit, held in Cairo in January 1964; to mandate Mr. Ahmed Al – Shukairy  ,  the representative of Palestine  in the Arab league  at that time , to contact the Palestinian people and the Arab states in order to establish the Palestinian national entity.

At its first session, which was held in Jerusalem on May 28th, 1964, The PNC, adopted a declaration of the establishment of the Palestine Liberation Organization, and certified on the Palestine National Charter ( Al- Mithaq Al- kawmee Al- Philistini ),In addition the PNC adopted the Statute of the PLO and elected Mr. Al-Shukairy,  chairman of the Executive Committee . The Council considers the establishment of the state of Israel a continuous aggression on the land and people of Palestine. The Council confirmed the right of the Palestinian people to struggle for the liberation of their homeland.

PLO has been the embodiment of the Palestinian national movement. It is a broad national front, or an umbrella organization, comprised of numerous organizations of the resistance movement, political parties, popular organizations, and independent personalities and figures from all sectors of life. The Arab Summit in 1974 recognized the PLO as the “sole and legitimate representative of the Palestinian people” and since then the PLO has represented Palestine at the United Nations, the Movement of Non-Aligned Countries (NAM), the Organization of the Islamic Conference (OIC), and in many other fora.

The PNC, which is the highest decision-making body of the PLO, is considered to be the parliament of all Palestinians inside and outside of the Occupied Palestinian Territory, including Jerusalem. The PNC normally sets PLO policies, elects the Executive Committee and makes the necessary changes in its own membership, as well as changes to the Palestine National Charter  and to the Fundamental Law of the organization.

The Executive Committee is the daily leading body of the PLO and it represents the organization at the international level. The Committee is elected by the members of PNC and it is responsible to the PNC. Its main function is to execute the policies and decisions set out by the PNC and the Central Council. The Committee is also responsible for adopting a budget and for overseeing the functioning of the departments of the PLO, the responsibilities of which are distributed among its members. Decisions of the Committee are taken by a simple majority. Its membership stands at 18, including its Chairman.