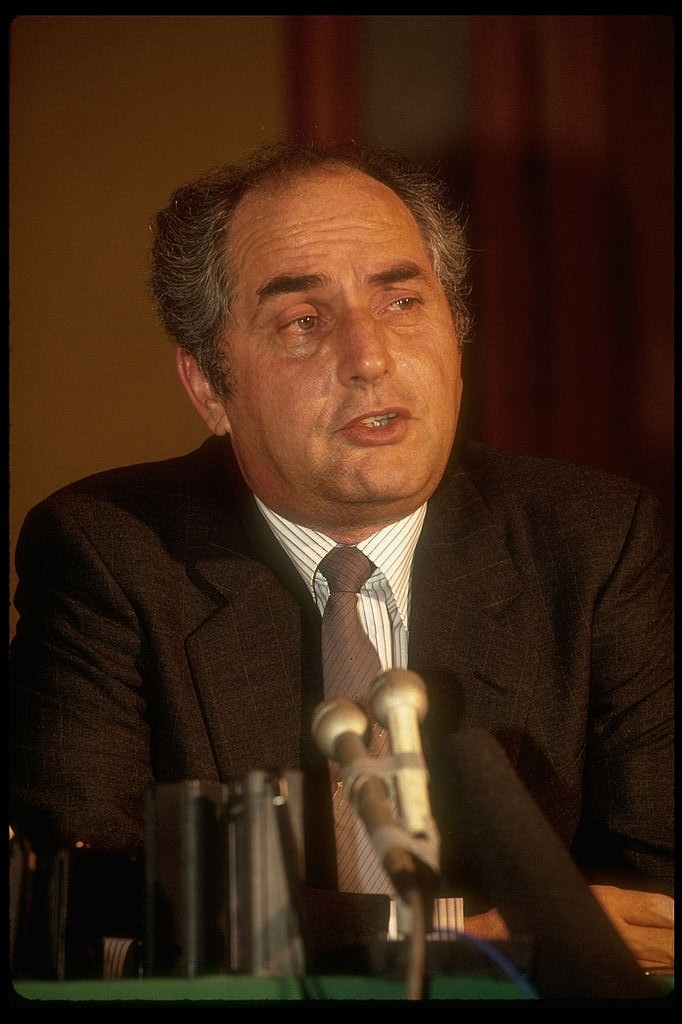 Posted By: Ebtehal Mohamedon: May 31, 2021In: Memorable Figures
Print Email

Faisal al-Husseini was born in Baghdad on 17 July 1940, to an old patriotic Palestinian family. Faisal was the descendant of nationalist figures. In 1918 his grandfather, Musa Kazem al-Husseini, was appointed head of the Jerusalem municipality and in 1920, he was selected to act as head of the Arab executive committee that the Third Palestinian National Congress set up, a position he held until his death in 1934.  Faisal’s father, Abd al-Qader al-Husseini, the founder and commander of the Jerusalem Jihad Army, died heroically in the Battle of al-Qastal in April 1948. 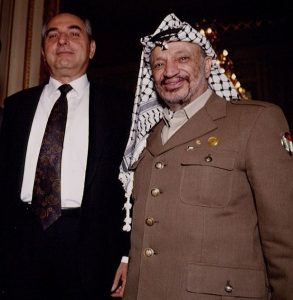 Faisal’s father had had to move to Baghdad after the defeat of the Great Arab Revolt of 1936-9. In 1941 he took part in the Rashid Ali al-Kilani revolution against British colonialism in Iraq and, after that revolution failed, he moved to Saudi Arabia, where his family joined him in 1944. Faisal and his family settled in Egypt, and he went to primary and secondary school there. In the autumn of 1956, he and his two brothers volunteered in the popular resistance forces that helped to resist the British–French–Israeli attack on Egypt. In 1958 he joined the Movement of Arab Nationalists and traveled to Baghdad to enroll at the Faculty of Sciences. But he had to leave Iraq the following year when conflict broke out between the Arab nationalists and the communists. He went back to Cairo, where he enrolled in the Faculty of Sciences and joined the League of Palestinian Students. In 1959 he helped to found the General Union of Palestinian Students and met Yasser Arafat in Cairo. In 1963 Faisal took part in a military training course organized in Egypt by the Revenge Youth (Shabab al-Tha’r), a guerrilla group set up by the Movement of Arab Nationalists.

Faisal al-Husseini went back to Jerusalem in 1964 to work in the office of the Palestine Liberation Organization (PLO) and be in charge of the popular organization department. In 1966 he moved to Syria to attend the military academy in Aleppo, and he later joined the Palestine Liberation Army. After the defeat of June 1967, Husseini supervised a training camp for hundreds of Palestinian volunteers in the Lebanese village of Kaifun. He then infiltrated across the Jordan River to occupied Jerusalem and stayed there. He started organizing resistance to the occupation; the Israelis arrested him and sentenced him to one year’s imprisonment on 15 October 1967.

When he was released, Husseini decided to stay in occupied Jerusalem, and he joined Fatah movement. He fought a legal battle with the occupation authorities that last about ten years, and in the end he succeeded in obtaining a Jerusalem identity card. He helped to organize resistance to the occupation beginning in 1969, and in 1979, he founded the Arab Studies Society in cooperation with a group of Palestinian academics. But the Israeli authorities harassed the society and closed it several times. During this period he was also a member of a national steering committee that was set up in the occupied territories and that included a number of prominent Palestinians.

In 1981 Faisal al-Husseini led a campaign to ease the restrictions that the Israeli forces had imposed on the people of the Golan Heights. The Israeli authorities put him under house arrest in Jerusalem from 1982 to 1987, which prevented him from completing his degree in history at the human sciences faculty of Beirut Arab University, where he had enrolled in 1977. In 1987 he set up the Palestinian Human Rights Center and the Committee Against the Iron Fist, and he was one of the most prominent leaders of the popular intifada during that period. In the same year he was detained and he remained in detention intermittently until 1989. Because the offices of the Arab Studies Society were closed during this years, he turned his own house into an office where he carried out his official and unofficial activities.

In 1991 Faisal al-Husseini held talks with US Secretary of State James Baker to prepare for the Middle East peace conference in Madrid. He then helped to supervise the Palestinian team to the peace negotiations that took place in Washington. In 1992 he used the Orient House Hotel in Jerusalem as his headquarters, and the place became the PLO’s political address in the occupied territories. All the meetings of the Palestinian negotiating team were held there, and official foreign visitors were received there when they came to meet prominent Palestinians. In that year Husseini was awarded the Bruno Kreisky Prize for Human Rights. In early 1994 he led the crowds of Palestinians who went to the Rafah crossing point to welcome Yasser Arafat on his historic return to Palestine. In 1995 he took charge of Jerusalem affairs in the PLO and the following year the Palestine National Council elected him to the PLO Executive Committee.

As a committee member he stood up to the policies of the Israeli occupation authorities in Jerusalem and defended the city’s Arab nature and holy sites. He led demonstrations and resisted settlement activities in various neighborhoods, especially against the construction of Har Homa settlement in Jabal Abu Ghunaym. On 28 September 2000, he and other Jerusalemites opposed the provocative tour of the Noble Sanctuary (Haram al-Sharif) by Ariel Sharon, which led to the outbreak of the second intifada. Husseini was the target of several assassination attempts by Israeli settlers; in 1995 they opened fire at his house and one settler tried to drive his car into Husseini’s car.

Thanks to his tireless activity and his struggles, Faisal al-Husseini, who was known as the Lion of Jerusalem, established the city as de facto capital of Palestine. He made several tours of Arab and other countries to promote the city’s Arab identity and the Palestinian cause. He died on 31 May 2001 while on a visit to Kuwait and was buried the following day on the Noble Sanctuary, next to his father and grandfather. Tens of thousands of Palestinians attended his funeral, which was unprecedented for the city. Because of his international status, members of the UN Security Council honored him at his death with one minute of silence.