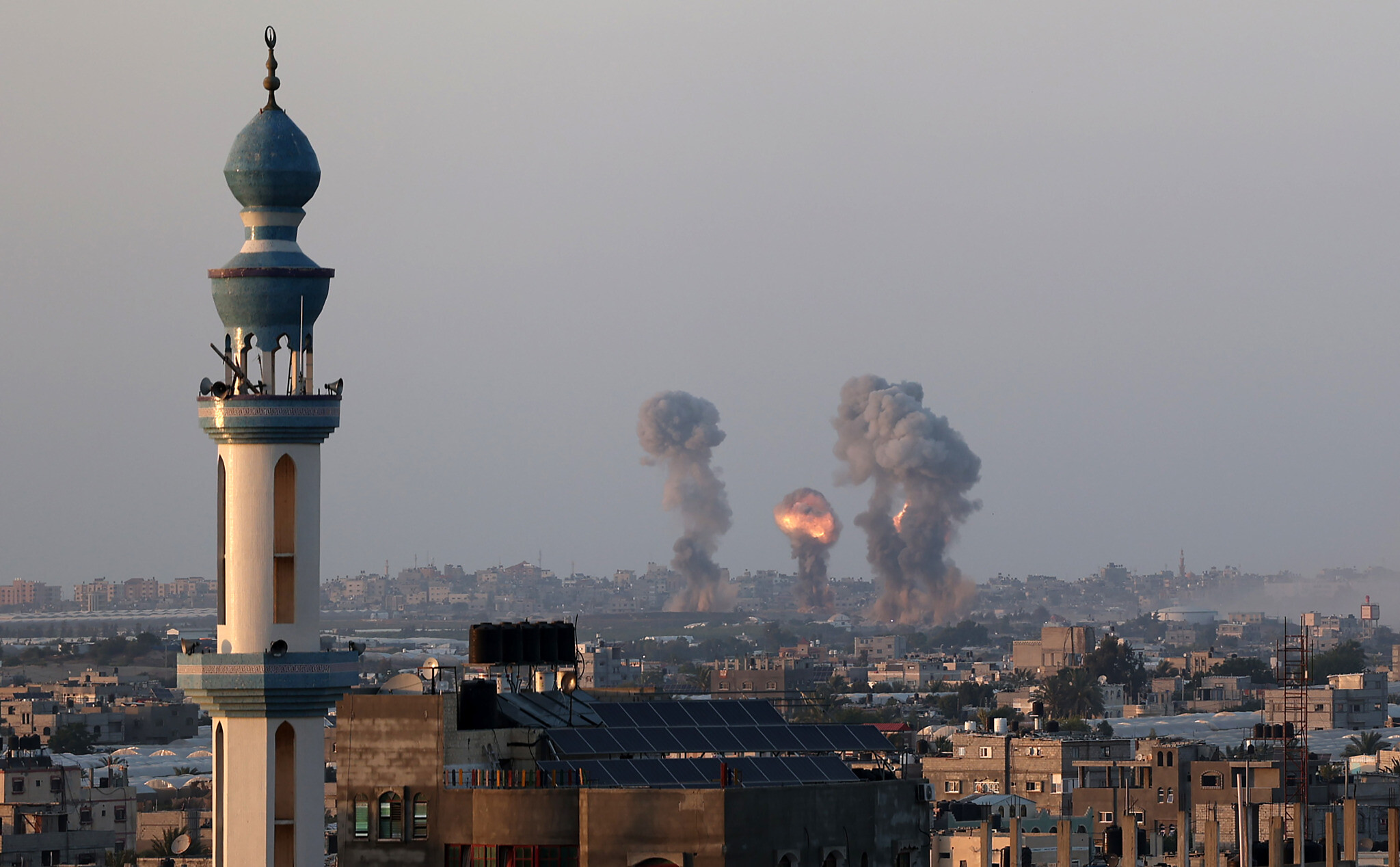 A new wave of violent Israeli airstrikes on Gaza kills one Palestinian, leaves many others wounded

A recent series of violent Israeli airstrikes carried out across the Gaza Strip on Thursday early morning left at least one Palestinian killed and about 13 others injured.

He said Israeli fighter jets carried out a minimum of 30 airstrikes that targeted main roads, outposts and land plots in Gaza City, Jabalia, and Khan Younis, killing at least one Palestinian and leaving 13 others wounded. All of the wounded were evacuated to hospitals for medical treatment.

One of the Israeli airstrikes caused significant destruction to Saftawi highway, which links Gaza City with the north of the Strip, as well as other vital roads connecting the provinces of the coastal enclave with each other. The strikes also caused damage to neighboring homes as well as to power, sanitation and water networks.

Israel started an aggression on the Gaza Strip on the 10th of this month that has so far killed over 230 Palestinians and left hundreds of homes levelled to the ground by airstrikes. Over 50,000 Palestinians were displaced by the aggression.

Since the beginning of the aggression, Israeli airstrikes levelled to the ground six high-rise buildings that were consdidered iconic landmarks, part of the more than 184 residential and commercial properties that have been destroyed, including buildings that housed 33 media institutions.