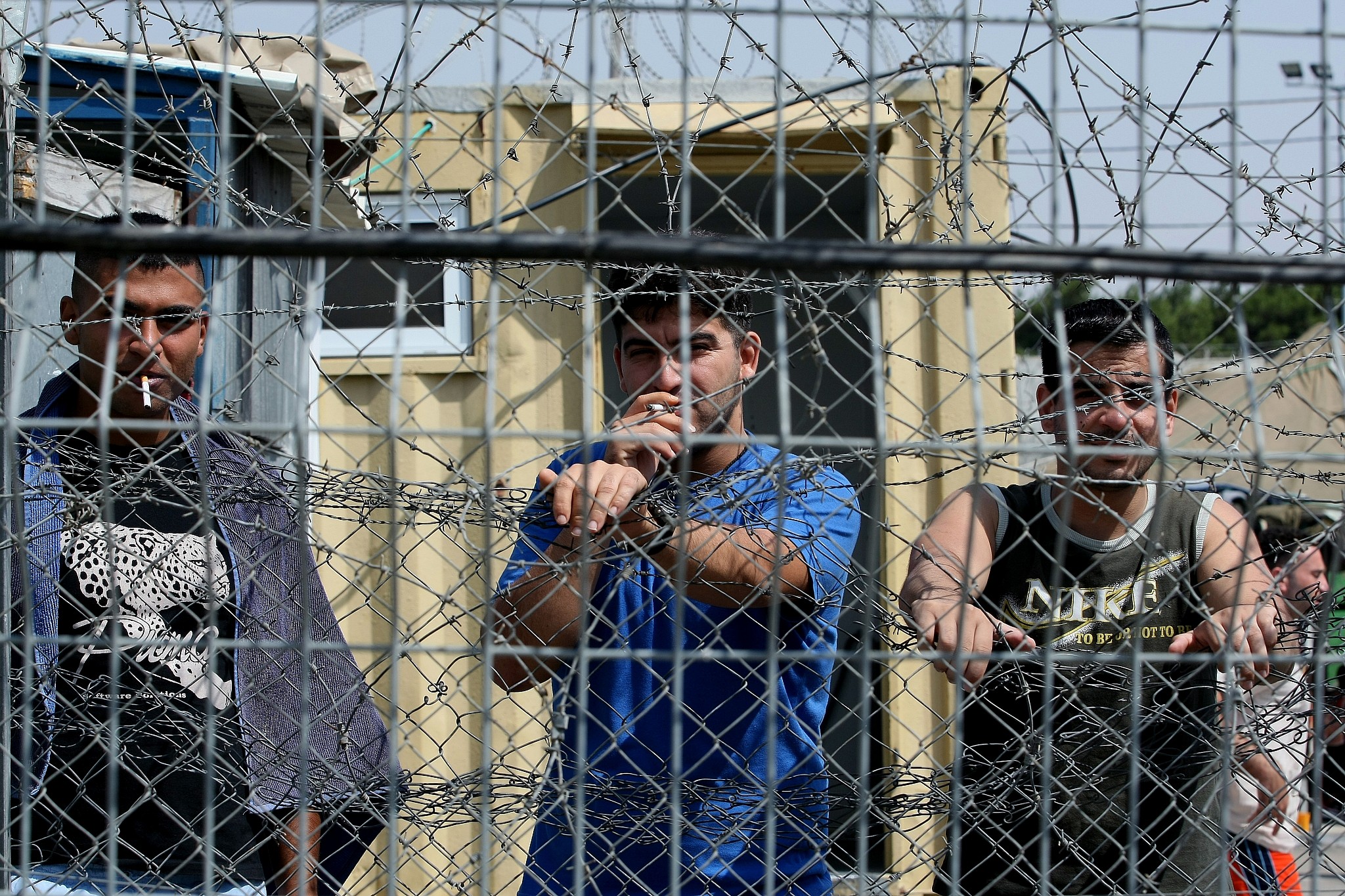 As Palestinians in East Jerusalem, the West Bank and the Gaza Strip are scheduled to cast their vote for the Palestinian Legislative Council elections on May 22, the Palestine Liberation Organization’s Negotiations Affairs Department published this article to highlight some issues relating to the Palestinian political prisoners in Israeli detention:

As fighters for freedom,  the Palestinian political prisoners’ political participation in the election and their candidacy to present their people and righteous cause is a natural, human, political, and legal right enshrined by the Palestinian Basic Law and international conventions. Article (21) of the Universal Declaration of Human Rights of 1948 provides that “1. Everyone has the right to take part in the government of his country, directly or through freely chosen representatives. 2. Everyone has the right of equal access to public service in his country (…)”.

Likewise, article (25) of the International Covenant on Civil and Political Rights recognizes that “Every citizen shall have the right and the opportunity, without any of the distinctions mentioned in article 2 and without unreasonable restrictions: (a) To take part in the conduct of public affairs, directly or through freely chosen representatives; (b) To vote and to be elected at genuine periodic elections which shall be by universal and equal suffrage and shall be held by secret ballot, guaranteeing the free expression of the will of the electors; (…)” The rights provided for in this article are related, though different from, the right of nations to self-determination.

In this context, 16 Palestinian prisoners will run for the legislative elections expected to take place next May, of whom eight are in administrative detention[1], and two were arrested after declaring their candidacy. The Israeli occupation authorities detained the Palestinian prisoners for their political activities to ban them from running in the elections and affect the electoral process. The Israeli practice echoes what happened in 2006 when the Israeli authorities created all kinds of restrictions to render the second Legislative Council dysfunctional.

In 2009, Israel arrested more than a third of the members of the Legislative Council, which resulted in halting all its functions since then. In 2017, 15 other members were arrested, six members in 2018, and 11 members in 2019. Currently, there are ten parliament members in Israeli prisons, of whom three were convicted and seven are in administrative detention.

The incarceration of Palestinian prisoners in Israeli prisons located on land within Israel proper is a flagrant violation of the International Law and the International Humanitarian Law, particularly article (76) of the Fourth Geneva Convention. And while Israel, which claims itself as the only democracy in the Middle East, allows Israeli prisoners to exercise their democratic right to participate by voting in the Israeli elections, it denies the Palestinian detainees in Israeli prisons the same right. During the recent Israeli elections in March 2021, the Israeli authorities allowed Israeli prisoners to vote.

This blatant discrimination in treatment between Israeli and Palestinian prisoners regarding their fundamental political rights is one expression of Israel’s apartheid regime in occupied Palestine.

Detention and Pursuit of Candidates: A Blatant Violation of International Law that Warrants Accountability

Since the issuance of the Presidential Decree on 15 January on holding the Palestinian general elections and the beginning of the preparation for the democratic electoral process, the Israeli occupation authorities immediately began to obstruct the electoral process. By intensifying arrest campaigns and carrying out organized assaults against potential Palestinian leaders and related activities, Israel aims to prevent their participation and thwart the electoral process. Since January 2021, around 1,300 arrest cases have been recorded, including the arrest of prominent figures and former parliament members, as well as potential candidates.[4] According to human rights and prisoners’ organizations, the Israeli occupation forces arrested last March alone around 438 male and female Palestinians, including 69 children and 11 women.

Since the issuance of the Presidential Decree, Israel has so far carried out the following violations:

On 13 April: the occupation authorities arrested a physician running for one of the electoral lists from his home in al-Bireh city.

On 7 April: the Israeli occupation authorities arrested two Palestinian volunteers working for a committee supporting one of the electoral lists from villages east and west of Ramallah (Deir Jarir and Ras Karkar). The Israeli occupation authorities also summoned a few Palestinian candidates representing different Palestinian political factions and threatened them to withdraw their candidacy under the penalty of arrest and prosecution.

On 6 April 2021: the Israeli occupation forces arrested two Palestinian candidates (from occupied East Jerusalem and Bethlehem city)  on the same day the Palestinian Central Elections Commission announced the registered electoral lists. Also, the Israeli occupation authorities summoned one male and another female candidate from East Jerusalem. They handed them notifications to report to the Israeli intelligence at the Moscovia Detention Center in West Jerusalem, in flagrant violation of the agreements signed between Israel and the state of Palestine concerning the participation of Jerusalem’s Palestinian residents in the elections.

On 6 April: the Israeli police and intelligence forces raided a consultation meeting on the legislative elections in occupied Jerusalem. The meeting was disrupted, similar to other related activities, and the participants were arrested.

On 23 March: Israeli intelligence warned a potential Palestinian candidate against running in the upcoming Legislative Council elections. An Israeli military unit raided and searched his home in Hebron.

In its recently issued Annual Report 2020-2021, Amnesty International documented the systematic Israeli violations against Palestinian prisoners within a broader context, explaining that “The Israeli authorities arbitrarily detained in Israel thousands of Palestinians from the OPT, holding hundreds in administrative detention without charge or trial. Torture and other ill-treatment of detainees, including children, were committed with impunity.” In the paragraph on arbitrary detention, the report states: “Israeli authorities conducted hundreds of raids throughout the West Bank to arrest Palestinians, usually at their homes at night.” The report adds that “Palestinian civilians, including children, from the OPT were prosecuted in military courts that did not meet international fair trial standards.”

Release of Palestinian prisoners who will be elected to represent the Palestinian people. They have immunity which the Israeli authorities must respect.

Allow Palestinian political prisoners to exercise their right to vote by allowing the Palestinian Central Elections Commission to set up ballot boxes in Israeli prisons.

Refrain from arresting and detaining any of the candidates throughout the election campaign and refrain from charging any elected member of the Palestinian parliament.

Guarantee respect for the electoral process and the rights of Palestine’s prisoners.