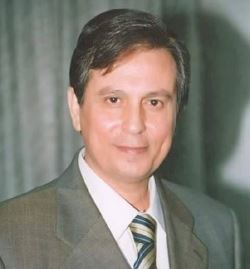 Born in Jerusalem in 1946; moved in the early 1950s with his family to Hebron, where he completed his sec-ondary education; involved in different political activi-ties, leading to his arrest in 1963 by Jordanian authori-ties; member of Fateh since 1963; studied at the Faculty of Law, Damascus University; arrested again and jailed in Hebron Prison in 1966; left the university following the War of 1967 and joined Al-’Asifa forces; enrolled at the Nankin Military Academy, People’s Republic of China, graduating as a Lieutenant in 1969; appointed General Officer of Al-’Asifa forces in Jordan; became Assistant Commander of the 201 Battalion in Jerash and the Jordan Valley; participated in the battles between Lebanese forces and the fedayeen in the Fall of 1969; started a military cadres school for Al-’Asifa forces in Lebanon; among the Palestinian fighters in Jordan dur-ing the Black September events; left Jordan following the offensive of the Jordanian army on the fedayeen and the death of Walid Nimr (Abu Ali Iyad); took dif-ferent Palestinian military posts in Lebanon; assigned by Fateh on various military missions, incl. a visit to the Republic of Yemen; participated in the 1973 resistance in Southern Lebanon and then in the Golan Front; graduated from a Military Academy in the USSR in 1976; returned to Fateh military missions in Lebanon; was briefly imprisoned by the Lebanese Kata’eb forces during the War in Lebanon; joined the Fateh Mobilization and Organization Office in 1977, while continuing his work with the military cadres school; appointed to the Fateh Dept. for European and Asian Issues, facing different battles with Zionist organizations; survived an assassination attempt in Istanbul; elected Fateh Revolutionary Council member in 1980; Vice-Commissioner of the Fateh Mobilization and Organization Office; assigned to lead Fateh’s forces in Syria following the moving of PLO leadership to Tunisia in 1982. He joined Fateh in Tunisia in 1983; PNC member since 1984; PLO Central Council member; opposed to the Oslo Accords but returned to Palestine following the establishment of the PA; served as an assistant of Pres. Arafat on Fateh’s Politi-cal and National Guidance Dept.s; survived another assassination attempt near his home in Ar-Ram, near Jerusalem; became Chairman of the PNC’s Parliamentary and External Affairs Committee; member of the PLO Higher Military Committee; elected by the Fateh Revolutionary Council as head of the Membership Committee (sub-committee of the Conference Preparation Committee) at its 6th conference in Feb. 2005. He has made numerous official visits and meetings in the national and international arenas, whether within the framework of his duties as Chairman of the Foreign Relations Committee of the National Council or Secretary-General of the National People’s Congress for Jerusalem.
Lieutenant General Othman Abu Gharbia died while undergoing a heart transplant in India on April 18, 2016. President Mahmoud Abbas said: “With the departure of the fighter Abu Gharbia, we have lost a lead-er who has a march of struggle full of patriotic work, who devoted his life from his inception until his soul ascending to its creator for the sake of Palestine and its freedom.”