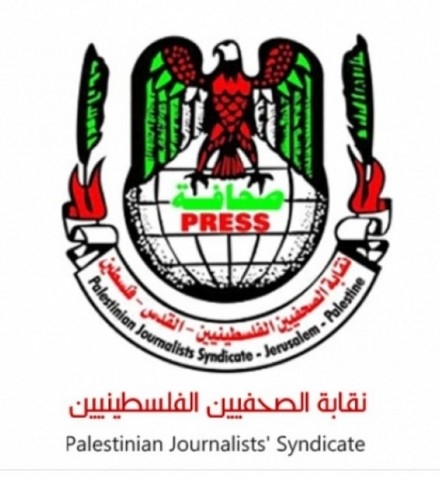 The Journalists’ Syndicate Tuesday called for the protection of a Palestinian journalist who was interrogated by the Israeli intelligence services on Spanish soil.

The Journalists’ Syndicate called on the Spanish government to assume its responsibilities relative to protecting and ensuring the security of Muath Hamed along with his family as well as with regards to opening an urgent and serious investigation into what happened during the interrogation at the Spanish Civil Guard’s offices in Madrid.

The syndicate said that Spain’s Civil Guard is “suspected of being complicit” with Israel’s foreign intelligence agency, the Mossad, in terms of allowing a Mossad agent to interrogate Hamed at its offices, which constitutes a “gross violation of international laws”, “a violation of the Spanish sovereignty” and “a threat to the journalist’s security and safety”.

It pointed that it was closely following on the details of the case in cooperation with the Union of Spanish Journalists, the Palestinian Foreign Affairs and Expatriates Ministry, and the competent Spanish political and security authorities to ensure that Hamed is not subject to any harm or torture.

Hamed, a Palestinian reporter for Al Araby TV and a freelance contributor for Al-Araby Al-Jadeed, is currently a refugee in Spain, where he lives in the city of Lemoa together with his wife and two children.

Público, a popular Spanish online newspaper, reported on Friday the case of Hamed.

On December 9, Hamed received a first telephone call by a man named Nicolás, an officer on duty at the (Spanish) Information Services of the Civil Guard, Público reported.

“Nicolás wanted to discuss Hamed’s work as a journalist, his past, and his current life in Spain. This is a standard procedure for refugees and migrants”, the newspaper added.

Thus far, Hamed was not worried that any of this is out of the ordinary.

When Hamed reached the place of the meeting in the town of Bilbao he met another officer, named Javier. “Hamed answered all the questions, explaining the reasons why he applied for asylum in Spain and describing his journey from Palestine to Europe through Turkey,” according to the paper.

“In early February, the young Palestinian journalist was summoned again by Nicolás, … this time in the (Spanish capital), Madrid.”

When he went to one of the offices of the Civil Guard, “he was not even identified or registered.”

“Aside from Javier, this time there was another man in the room, allegedly named Omar, “who was introduced to him as a Palestinian. (Hamed, however,) immediately noticed his strong Israeli accent … and he decided to answer his questions in Hebrew.”

After Omar acknowledged he was an Israeli, Javier “left the room, leaving Muath in the hands of the supposed Mossad agent,… who threatened the Palestinian journalist and his family, saying that they will never be allowed to go back to Palestine due to one of his journalistic investigations” related to the Israeli intelligence agency.

Público sought comments and clarifications from the Israeli Embassy and the Civil Guard and Spain’s Interior Ministry. However, it received no answer, the Spanish newspaper reported.