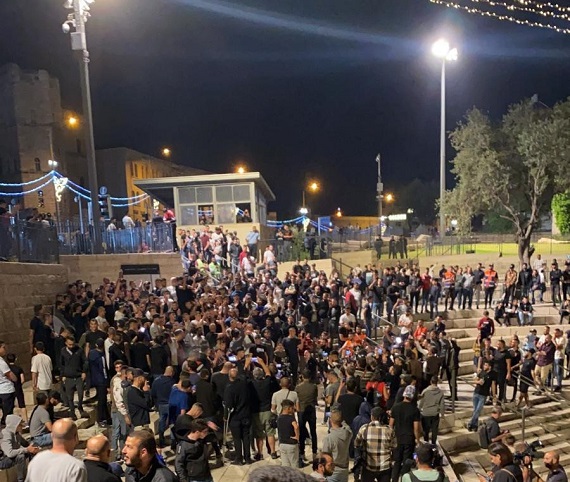 After 13 days of clashes in and around Jerusalem’s Damascus Gate, Palestinians were able to force the Israeli police to reopen the plaza and remove the barricades that shut down the area for the youths, according to witnesses.

They said the police tonight removed all metal barricades that prevented the youths from sitting on the steps of the Damascus Gate plaza, a popular place for the youths to hang around following the night prayers at Al-Aqsa Mosque during the holy fast month of Ramadan.

The police placed the barricades on the first day of Ramadan, which started on April 13, and clashed with the youths every night since then every time they attempted to sit on the step. The clashes in Jerusalem led to wider clashes throughout the occupied city and eventually spread to the outskirts and West Bank areas.

In the end, the police succumbed to the will of the Palestinians in Jerusalem and removed the barricades, opening the plaza for the city’s residents after withdrawing from the area, said the witnesses.