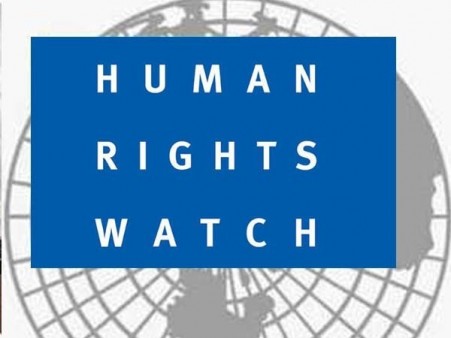 The Foreign Affairs and Expatriates Ministry today welcomed the Human Rights Watch report urging the International Criminal Court to investigate Israeli officials “implicated in the crimes against humanity of apartheid or persecution”.

“The report exposes the nature of Israel’s colonial occupation as an entrenched regime of Jewish supremacy and domination over the Palestinian people, designed to legitimize its settlement enterprise in the occupied territory of the State of Palestine and affecting every facet of Palestinian life,” the ministry said in a press release welcoming the seminal report by Human Rights Watch on Israel’s colonial occupation and its discriminatory and racist policies against the Palestinian people.

“The Ministry considers this detailed affirmation of the reality a test to the international community’s determination to end all forms of discrimination and racism. In this connection, the Ministry reminds States and leaders that the commission of the crime of apartheid constitutes a grave threat to international peace and security and that its prohibition is a peremptory norm of international law.”

It called upon the international community to take “immediate and effective” action to end the Israeli apartheid regime.

It reiterated that “Israel’s apartheid regime is the main obstacle to the exercise of the right of self-determination and fundamental freedoms by the Palestinian people” while urging relevant international bodies and specialized agencies, including the United Nations Security Council, the General Assembly, and the Human Rights Council, to “adopt effective measures to protect the Palestinian people, including the imposition of sanctions.”

It also called on “the Prosecutor of the International Criminal Court to expeditiously investigate the crime against humanity of apartheid and persecution.”

It concluded by pledging that the Palestinian people would continue its struggle for liberation from colonialism.

“The Palestinian people will continue to oppose and defy the punishing and inhumane reality of apartheid until their rights to self-determination, freedom, independence, and return are fully realized.”