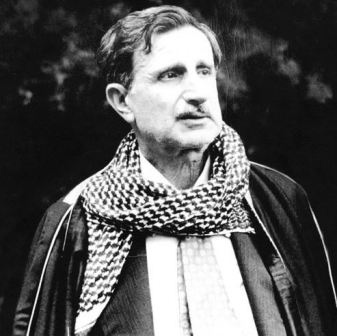 The martyrdom of Kamal Jumblatt

Posted By: Ebtehal Mohamedon: March 16, 2021In: News, on this day
Print Email

On 16 March 1977, Kamal Jumblatt, a major ally of the Palestine Liberation Organization was gunned down in his car near the village of Baakline in the Chouf mountains by unidentified gunmen. His bodyguard and driver also died in the attack. Kamal Jumblatt was born on 6 December 1917 in Moukhtara.He was born into the prestigious Jumblatt family, who were traditional leaders of the Lebanese Druze community. His father Fouad Joumblatt, the powerful Druze chieftain and director of the Chouf District, was murdered in an ambush on 6 August 1921.

Kamal was just 4  years old when his father was killed. After his father’s death, his mother Nazira played a significant political role in the Druze community during the following two decades. In 1926, Kamal Jumblatt joined the Lazarus Fathers Institute in Aintoura, where he completed his elementary studies in 1928. He returned to Lebanon in 1939.