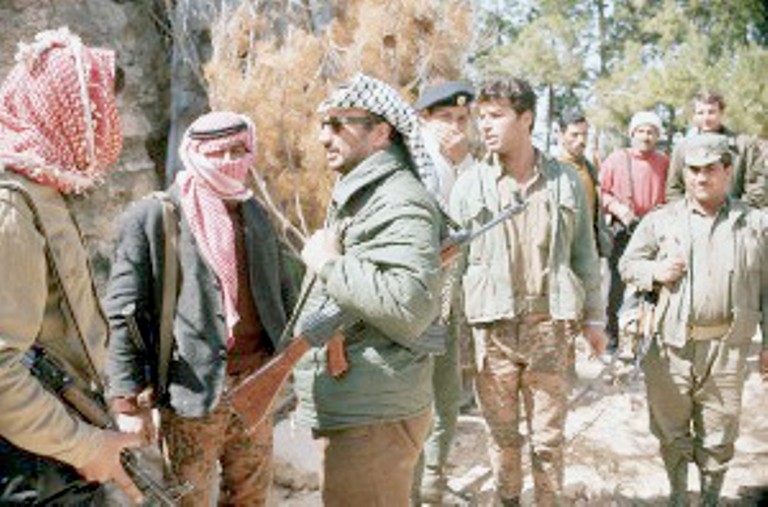 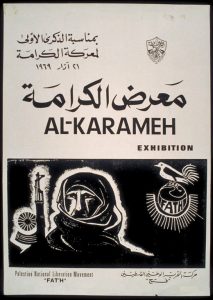 On the morning of 21 March, the IDF attacked Al-Karameh with heavy weaponry, armored vehicles and fighter jets seeking Palestinian leadership figures of Fatah. Fatah held its ground, surprising the Israeli military. As Israel’s forces intensified their campaign, the Jordanian Army became involved, causing the Israelis to retreat in order to avoid a full-scale war.

The military invincibility of Israel and the corresponding ineptitude of the Arab States constituted the central psychological and actual fact in the Middle East after the 1967 War. Therefore, the Arabs were deeply shocked at the unexpected outcome of the War of 1967. Israel’s aim was to convince the Arabs that there is no way and no hope but to recognize the fact.

Throughout 1968, Fatah was target of a major Israeli Defense Forces operation in the Jordanian village of Al-Karameh, where the Fatah headquarters were located. The operation was in response to attacks against Israel, including rockets strikes from Fatah and other Palestinian Fedayeen into the occupied West Bank.

The goal of Israel during 1968 was to shake the Arab masses’ confidence in the Palestinian. Resistance Movement and to shake the Fedayeen’s own confidence in themselves as well. Fatah Fedayeen were an example of Palestinian steadfastness: lightly armed, heroic Fedayeen fighting against the mighty Israeli army and inflicting heavy losses. It was a triggering moment for the Palestinian resistance, and critical moment, not only in Fatah’s fate, but in the history and destiny of the Palestinian Resistance Movement as well, through destruction of Israeli morale by inflicting on their forces the heaviest losses possible. The fedayeen’s prestige in the Middle East immediately rose, and thousands of young men volunteered to join the Palestinian resistance.

By the end of the battle, Israel suffered relatively heavy losses in the process and unexpectedly high number of casualties: 100-200 killed, 500 wounded, 27 tanks were destroyed. Palestinian. Fedayeen were able to destroy several of Israel’s tanks and armored cars. 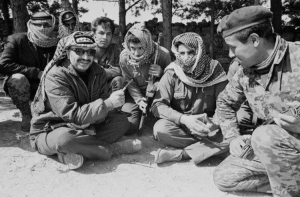 The battle gave an enormous lift to Fatah and irrevocably implanted the Palestine problem onto the international agenda, no longer as a humanitarian issue of homeless refugees, but as a claim to Palestinian statehood. Israel was defeated on that day and a surge of optimism was sent through the Palestinians after the victory.

The Palestinians’ claim to being a national liberation organization was established. It was psychological boost and international support. Within weeks, thousands of young men and women volunteered for Fatah movement and began paramilitary training. Palestinian resistance receives a boost of prestige and morality. What we have done is to make the world realize that the Palestinian is no longer refugee number so and so, but the member of people who hold the reins of their own destiny and are in a position to determine their own future.

It was a triggering moment for the Palestinian resistance, and critical moment, not only in Fatah’s fate, but in the history and destiny of the Palestinian Resistance Movement as well, through destruction of Israeli morale by inflicting on their forces the heaviest losses possible. Within weeks, thousands of young men and women volunteered for Fatah movement. The turning point had arrived; Fatah which had started off in a hostile atmosphere and against the Arab regimes’ rigid opposition became, after the battle of Al-Karameh, the hero and the hope of the Arab masses.

Forty-five years ago today, Israeli police shot and killed six Palestinian citizens of Israel as they were protesting the Israeli government’s expropriation of thousands of donums of Palestinian land. Since then, March 30 has been known as Land Day. It has become a major commemorative date in the Palestinian political calendar and an important event in the Palestinian collective narrative – one that emphasises Palestinian resistance to Israeli colonization and summed (steadfastness).

In the aftermath of the Nakba, Palestinian citizens of Israel were regarded with profound suspicion by state and society. Until 1966, Israel placed them under martial law, which was used to expropriate their land, restrict freedom of movement and prohibit political activity.

It was not until the 70s that Palestinian society inside Israel could organise again and was able to work against the racism and discrimination they faced. On the 30th of March 1976, thousands went to the streets in the Galilee protesting the Israeli state’s expropriation of their lands. The Israeli police’s response was brutal. In total six Palestinians were killed, hundreds injured and jailed.

These events galvanized Palestinians inside Israel and gave impetus to a fight for equality that goes on to this day. Land Day, commemorated every year on the 30th of March, puts the spotlight on this struggle. The 1976 protests were a result of mass collective action across historic Palestine, which saw Palestinian communities resisting not only the theft of land but also overall settler colonial policies of erasure.

Although there were also protests in the Naqab and Wadi Ara, most of the action took place in six villages in the Galilee that had been placed under curfew: Sakhnin, Arraba, Deir Hanna, Tur’an, Tamra, and Kabul.

The demonstrations were met with serious aggression and violence; in addition to the six demonstrators killed, hundreds were injured. This year, the commemoration of Land Day remains as important as ever because in addition to remembering Palestinian resistance, it reminds us how the domination of space is an integral aspect of the Zionist settler-colonial project.  For Palestinians, Land Day presents an opportunity not only to mark a past event, but also to think about creative and resilient ways to further resist Israeli land theft.