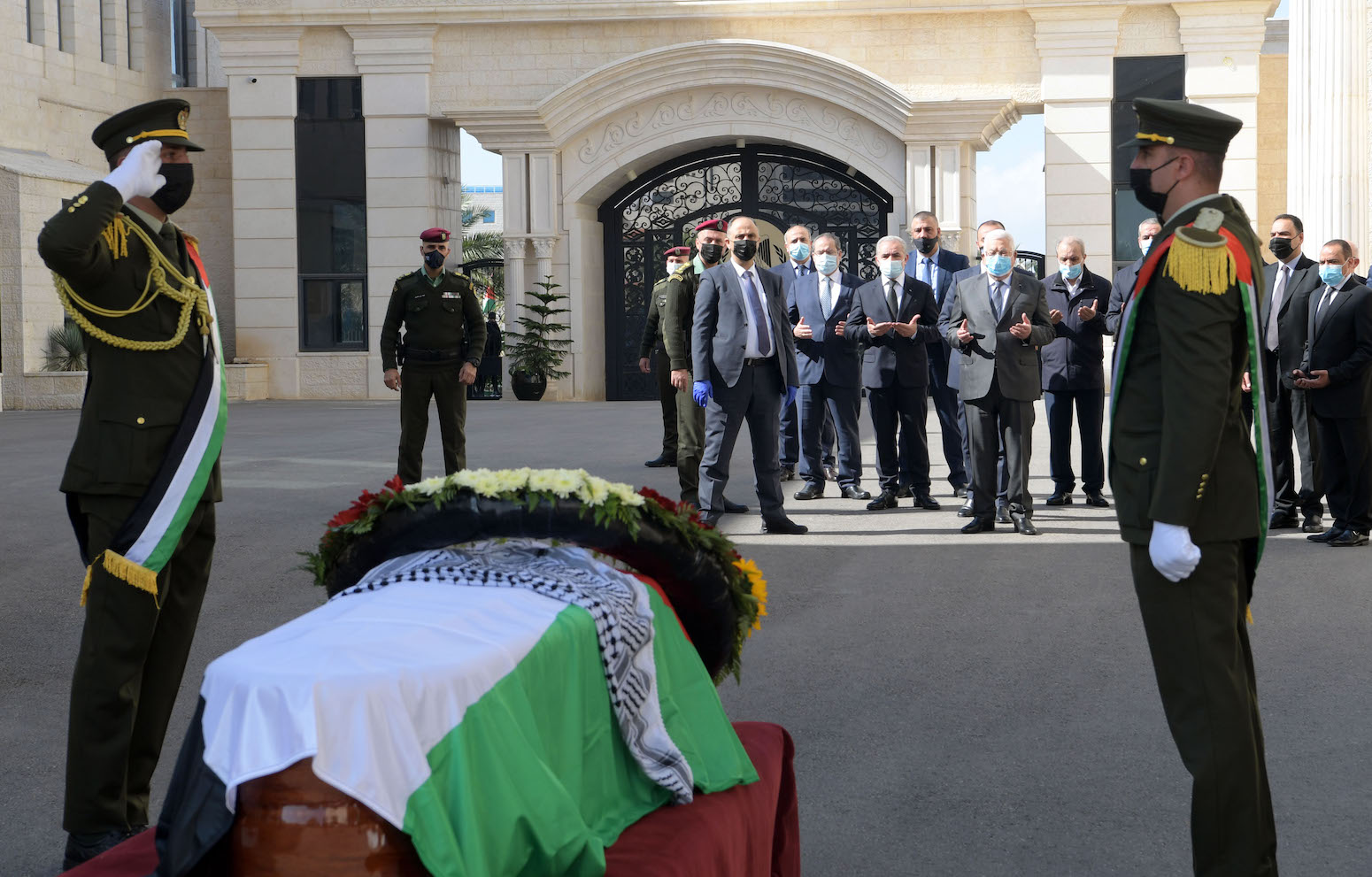 Funeral of PLO’s Saeb Erekat sets off from Ramallah

The funeral procession of senior Palestine Liberation Organization official Saeb Erekat, who died after contacting Covid-19, set off from the West Bank city of Ramallah.

During the memorial, President Abbas laid a wreath over the coffin of the veteran official as the Palestinian national anthem was played. Abbas has declared three days of national mourning for Erekat, whom he called “brother”, “patriotic leader” and “great fighter who played a big role in raising the banner of Palestine high and defending the rights of our people and their national constants in all international forums.”

Following the Ramallah memorial, the funeral convoy headed to Jericho, where Erekat’s body will be carried in a procession to the city mosque for prayers before being buried in a nearby cemetery.

The funeral procession is taking place as the Palestinian people mark the 16th anniversary of the death of late President Yasser Arafat, who died in Paris on November 11, 2004 and was flown back to Ramallah for burial.