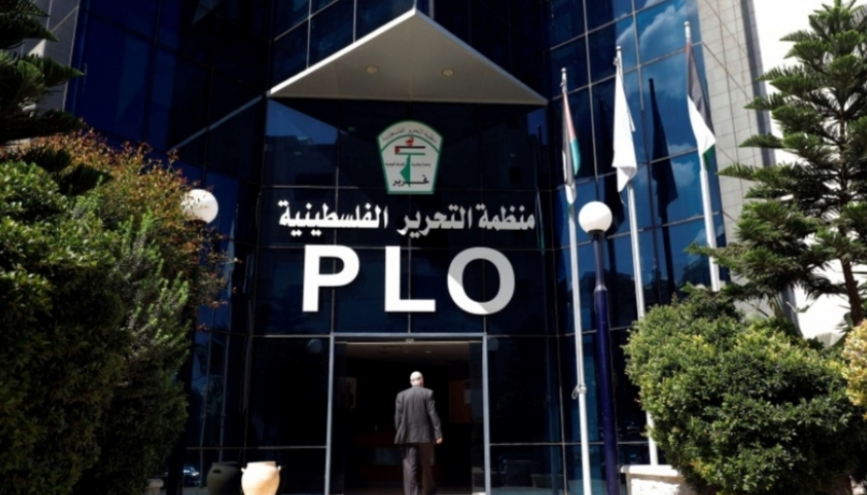 Posted By: Khaled Redaon: August 17, 2020In: Full Story, Reports
Print Email
1. Can this deal be described as “historic diplomatic breakthrough (that) will advance peace in the Middle East region”?

The tripartite announcement suggests that Israel ended its occupation of Palestine, which is not the case. Until the date of this announcement, the UAE’s historical position on Palestine remained in line with the position of the Arab League and its member states. According to the Arab Peace Initiative of 2002 (API), the advancement of peace in the Middle East and hence the normalization with Israel can only happen once Israel affirms: (I) “Full Israeli withdrawal from all the territories occupied since 1967,” including the occupied Syrian Golan and the remaining occupied Lebanese territories. (II) “Achievement of a just solution to the Palestinian refugee problem to be agreed upon in accordance with U.N. General Assembly Resolution 194.” (III) “The acceptance of the establishment of a sovereign independent Palestinian state on the Palestinian territories occupied since June 4, 1967 in the West Bank and Gaza Strip, with East Jerusalem as its capital.” Thus, with this deal, the UAE contravenes the API and all its terms of reference.

The question of Palestine remains unresolved. Israel’s occupation, colonization, and oppression of the Palestinian people continue to this day, with grave violations of international law and their human rights being perpetrated every single day. For the Palestinians, the day of this announcement, 13 August 2020, will also be remembered as the day when Israeli warplanes launched airstrikes targeting several locations in the Gaza Strip, including an UNRWA elementary school in Al- Shati Refugee Camp. The school was closed upon finding the missile and later dismantling it before exploding, causing damage to several classrooms.2 It was also the same day that the Israeli Prime Minister declared that he remains intent on pursuing his illegal annexation plans.

2. What are the implications of the UAE’s acceptance of normalizing relations with Israel?

This is the first time for an Arab country, which is not in a direct state of war with Israel, to agree on having full normal relations with Israel. With this move, the UAE has decided to weaken the Arab, Islamic, Palestinian, and international position calling for an end to Israel’s occupation and the achievement of Palestinian self-determination and independence, which are essential pillars of a just solution. This deal is also opening the door to a normalization of relations between Israel and other Arab countries. Rewarding Israel, the occupying Power, with normalization before resolving the question of Palestine in all its aspects within a just and comprehensive solution, or even any credible effort to that end, is unacceptable, irresponsible, and dangerous.

This deal not only encourages Israel to continue rejecting the principle of “land for peace” and the two-state solution based on the pre-1967 borders, but also serves the “Greater Israel” colonial project between the Jordan River and the Mediterranean. Obviously, following the release of the joint statement, PM Netanyahu deliberately labeled this deal as “peace for peace.“ He also said: “Who would have ever dreamed there would be a peace agreement with an Arab country without our returning to the 1967 borders,“ In this way, Israel and the Trump Administration seek to build a regional alliance between some Arab countries, especially the Gulf States, and Israel, that effectively undermines and sidelines Palestinian national rights, and not only to confront dangers such as the threat of terrorism or the illusory Iranian threat.

As such, this agreement connotes UAE complicity with Israel’s occupation and de-facto annexation of Palestine, the colonial settlement enterprise, and the reality of apartheid it has created. Any “deal” that ignores this reality and permits the continuation, rather than the end, of the Israeli occupation that began in 1967, will further consolidate Israel’s colonial projects and oppressive policies against the Palestinian people. This will continue to undermine the security of the entire region and the world and undermine efforts to achieve genuine peace and stability in the Middle East. The UAE’s consent to “expand diplomatic, trade, and security cooperation” with Israel is a reward and will be exploited by the occupying Power as carte blanche to continue committing grave violations of human rights, international law, and international humanitarian law in occupied Palestine, including East Jerusalem. Additionally, it clearly represents an electoral favor for PM Netanyahu and President Trump, throwing them a lifeline amidst the troubles surrounding them.

3. Isn’t the UAE free to do what is in its best interest – that this deal can create a better region as it believes?

As an Arab country, the UAE is committed to the foundations of Arab solidarity, among the most prominent of which is the Arab consensus and the respect of the Arab summits’ decisions. Therefore, the UAE is not entirely free to violate these decisions unless it announces its disavowal or exit from the Arab system. The national interest of every Arab country, including the UAE, is defined in line with its Arab and international obligations. Consequently, this interest doesn’t connotate what is contrary to the API and the decisions of the Arab summits, the most recent of which are the Dhahran and Tunis Summits.

The UAE, like any other country, is free to pursue its interests, provided that it is not at the expense of Palestine. The UAE has no right to negotiate in the name of the people of Palestine or to compromise their interests.

4. Is this deal in line with the Constitution of the UAE, the Arab and Islamic summits, and the Arab Peace Initiative?

The deal is inconsistent with the Constitution of the UAE which underlines that it is part of the nation of the Arab world and therefore “bound by the ties of religion, language, history and common destiny.” It also specifies that the foreign policy of the UAE should be guided towards “support for Arab and Islamic causes (…) on the basis of the principles of the charter of the United Nations and ideal international standards.”

The deal violates the Arab League Charter of 1945, which stated that “The League has as its purpose the strengthening of the relations between the member-states, the coordination of their policies in order to achieve co-operation between them and to safeguard their independence and sovereignty; and a general concern with the affairs and interests of the Arab countries.” Since then, the question of Palestine has been actively present on the agenda of most Arab and Islamic summits and its centrality repeatedly emphasized. More so, they stressed standing up to the dangers of Zionism as a national responsibility on the people of all Arab and Islamic countries towards the restoration of Arab rights in Palestine. With regards to the API, the Arab States underlined and conditioned normalizing relations with Israel in the context of comprehensive peace. It called for “full Israeli withdrawal from all the Arab territories occupied since June 1967, in implementation of Security Council Resolutions 242 and 338, reaffirmed by the Madrid Conference of 1991 and the land-for-peace principle, and Israel’s acceptance of independent Palestinian state with East Jerusalem as its capital,…”

The deal contradicts the resolutions of three Arab summits, Amman in 1980, Baghdad in 1990, and Cairo in 2000, which called for cutting all relations with any country that recognizes Jerusalem as the capital of Israel or transfers its embassy to the City. It also disregards the successive Arab summits, including those held in Dhahran in 2018 and Tunisia in 2019, and the resolutions of the Organization of Islamic Cooperation, the most recent of which was the extraordinary meeting on 10 June 2020 explicitly addressing Israel’s annexation threat. In addition to other accountability measures, the OIC called for imposing economic and political sanctions on Israel, boycotting its colonial enterprise, and banning its settlements products.

5. What are the implications of calling this tripartite deal the “Abraham Accord”?

Such a designation indicates the extent to which the Trump Administration is sunk in the religious/ ideological mentality that formed the foundation of the Trump Plan. It emphasizes the religious dimension at the expense of the political solution based on international law and human rights, thereby presenting an imbalanced, unjust, and unsustainable solution to end the conflict. By presenting its narrative within a religious framework, without tackling the essence of the problem, the Trump Administration insists on assigning a religious character to the conflict and further stoking tensions among the three monotheistic religions. This designation also reflects the Trump Administration’s leading role in this disgraceful deal, with the UAE complying with the U.S. will.

6. What does the deal say about Jerusalem?

While Emirati officials have presented the deal as a “victory” for the Palestinian cause and regional peace, in reality, this is contradicted by the fact that it has been achieved under the framework of the US-Israel initiative aimed at perpetuating the Israeli occupation and colonization of occupied Jerusalem, the heart of Palestine and hundreds of millions of Arabs and Muslims worldwide. The deal is tantamount to de-facto recognition of Israel’s illegal annexation of Jerusalem as it avoids any references to international law or relevant UN resolutions or the inalienable rights of the Palestinian people in their City. Instead, it uses the U.S. Annexation Plan (Trump Plan) as a reference, which implies accepting Israel’s unlawful annexation of occupied East Jerusalem and its control over the Al-Aqsa Mosque Compound and the Church of the Holy Sepulcher and other Muslim and Christian holy sites in the City. A position that blatantly contradicts the rules of international law and numerous UN resolutions. Furthermore, the statement adds a reference to Al- Aqsa Mosque Compound being opened to “peaceful worshippers” from “all faiths,” which threatens to undermine the legal and historical status quo of Jerusalem and its holy sites.

7.  Will this deal even halt Israel’s illegal annexation plans?

Normalization of relations between Israel and Arab countries will enable Israel to de jure annex the Palestinian lands under its occupation at any later time in implementation of Netanyahu’s pledge. In this regard, it cannot be ignored that, following the announcement of the deal, PM Netanyahu blatantly stated that: “I also said I’d bring sovereignty to Judea and Samaria. There is no change in my plan to do so, in full coordination with the United States. I am committed to it. Nothing has changed.” Unmistakably, the claim of ‘suspending annexation’ is simply a pretext to justify the UAE’s deviation from the Arab and Islamic consensus and misleads the Arab and international communities into seeing such a deal as serving the interests of the people of Palestine.  The reality is that such a deal can only facilitate the continued and gradual implementation of Israel’s annexation plans while deflecting and undermining a response from the international community. Israel’s de-facto annexation of Palestinian lands is ongoing since the beginning of Israel’s occupation and forceful seizure of the West Bank, including East Jerusalem, and the Gaza strip, in 1967, and it continues at this time unabated.3These are facts that cannot be ignored, and the international community must not relent in its pressure on Israel to cease these illegal and destructive actions.

8. What are the position and asks of the State of Palestine?

The State of Palestine summoned its ambassador to the UAE and demanded the UAE to retract its position. The leadership called on other Arab countries might take a similar step and called upon the Arab League to respect the will of its people; to put an end to such a unilateral and irresponsible behavior and to abide by its charter based on the foundations of Arab solidarity and the joint and unified Arab position. The leadership called for immediate emergency sessions of the Arab League and the Organization of Islamic Cooperation to address this matter. It reiterated the importance of adhering to international law and resolutions; that the achievement of peace is only possible through a full end of Israel’s occupation of Palestine and the achievement by the Palestinian people of their inalienable rights, including to self-determination and independence.