BREAKING NEWS
Home Reports Middle East Monitor: Palestinians in the face of occupation and a pandemic 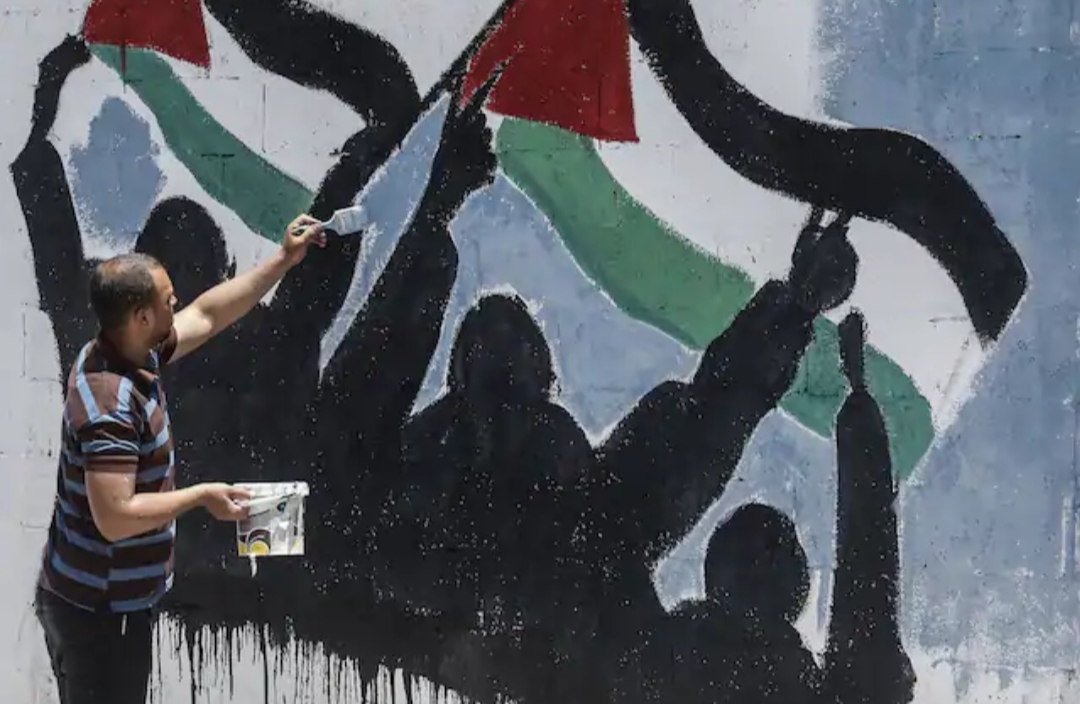 Middle East Monitor: Palestinians in the face of occupation and a pandemic

The recent statements made by UN Special Coordinator for the Middle East Peace Process Nickolay Mladenov reveal that the Palestinian Authority’s (PA) income is on the brink of collapse, as it decreased by 80 per cent. Meanwhile, the magnitude of the economic deterioration experienced by the Palestinian people in the West Bank and the Gaza Strip might aggravate the crisis in the coming days.

These worrisome statements invite us to consider this new chapter of grievances, which adds to chronic sources of suffering plaguing the daily lives of Palestinians. These grievances come in addition to the tragic repercussions that will deepen the people’s struggles, combined with the ongoing political and economic crisis and critical humanitarian situation in Palestine, and along with the outbreak of the coronavirus pandemic in the West Bank and Jerusalem.

On the other hand, the propagation of the pandemic led to shutting down economic activities and stalling the livelihood of the population, coupled with the escalation of violations committed by the occupation authorities, including: the confiscation of lands, the isolation of cities and villages, the demolition of homes and imposing restrictions on the West Bankers and Jerusalemites, in preparation for implementing the sinister annexation plan.

The ferocity of the financial crisis shows through the delay in salary payments for government employees in the West Bank and the Gaza Strip, as the PA has resorted to paying partial salaries for months. On the other hand, the PA decided to refuse tax transfers amounting to about $200 million per month, in response to the Israeli requirement that Mahmoud Abbas retracts the decision to suspend security coordination, after the occupation state announced its decision to annex large parts of the West Bank.

The repercussions of the economic crisis are tightening the screws more and more on the Palestinians, especially with the large number of infections and deaths resulting from the coronavirus. This was accompanied by the closing of businesses, increasing unemployment rates, the imposition of restrictions on the movement of citizens, and the implementation of more severe measures to combat the pandemic, such as the declaration of a comprehensive lockdown.

In the Gaza Strip, the situation took a more tragic turn with the continuation of the 14-year siege imposed by the occupation. The pandemic led to imposing further restrictions on the population there, as movement to and from Gaza became minimal, not only between the West Bank, Gaza and the occupied territories in 1948, but also between Gaza and Egypt, knowing that the Rafah crossing has been closed for two months in both directions.

The Palestinians’ plight, caused by the occupation’s oppressive practices, and those who support racist policies, are expected to worsen with the ongoing interruptions of salary payments for 177,000 government employees, and its repercussions not only on their families, but also on markets in recession, which would weaken the ability of merchants to carry on their work.

This is added to the repercussions of the pandemic and the potential deterioration of health and social conditions, which necessitate a serious plan to save the Palestinian people, and empower them to continue their struggle against the usurpers of their lands and to restore their rights.

This might prompt us to raise questions about the following: the scarcity of Arab and Muslim financial support policies, European support in recent years, the suspension of US aid direct to UNRWA (the United Nations agency that provides humanitarian support for refugees in the health and educational fields) and the public war waged by US President Trump’s administration.

Is it not time to form an Arab and Muslim body that would play a parallel role or substitute the conditional international sources, and who would be tasked to provide financial, political and moral support to the steadfast Palestinians in their struggle to restore their land?

Urging international organisations to perform their roles in various humanitarian, political and economic fields is a matter of urgency, especially at a time when disturbing facts are imposing an alarming reality for the Palestinians who are most in need of support.

The Palestinians are required today to work consistently to create a comprehensive state of social solidarity, which will optimise the performance of civil society institutions to give priority to the humanitarian and relief aspect, and to activate the role of voluntary committees to serve the population.

Politically speaking, the national need in Palestine necessitates ending divisions, which is an endeavour that has finally been initiated as the Fatah leader Jibril Rajoub and Hamas official Saleh Al-Arouri met recently in a positive step towards strengthening Palestinian national unity.

The sensitivity of the situation in Palestine – humanly, politically, and economically – requires the Palestinians to enhance their political and diplomatic performance to draw a road map that begins with unifying the national decision. This decision should be based on adherence to a set of principles, the most important of which is the right of return, adherence to the right for Jerusalem to remain as the capital of the State of Palestine, and rejecting the Zionist-US plans aimed at liquidating the Palestinian cause in favour of the occupation state. Equally, the Palestinian forces are required to agree on appropriate means of resistance, without giving up any of the tools of militancy and to stand firm in the face of plots to frustrate the cause.

The unification of the Palestinian ranks would strengthen a popular Arab position that supports the Palestinian people and the central cause of the nation, prompting the brotherly Arab countries to fulfil their obligations towards the Palestinian people. Bearing in mind that moving in an opposite direction to the path of supporting the Palestinian cause will be the most dangerous gamble in the future of the Arab nation, and its capabilities and wealth, in the face of a greedy Zionist enemy who will not stop until it achieves its expansionist colonial project in the region.