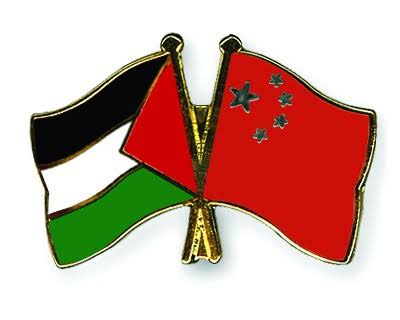 China rejects Israel’s endeavors to annex large swaths of the territories of the State of Palestine – the territories designated to be part of the future Palestinian state, today said a Chinese diplomat.

Speaking in an interview with the Palestine News & Information Agency (WAFA), Chinese ambassador to Palestine Guo Wei stated his country’s rejection of Israel annexation of occupied West Bank land and of any unilateral measures that undermine peace and stability.

He reiterated Chinese Foreign Minister Wang Yi’s call at the United Nations Security Council (UNSC)’s video conference for a just and comprehensive solution to the Question of Palestine and stress on the centrality of the Palestinian question.

“The Palestine issue has always been at the core of the Middle East issue and a just and reasonable solution is a prerequisite for the region’s lasting peace and security,” Wang said during the UNSC virtual meeting, and added that China was deeply concerned about the continuing tension between Palestine and Israel recently.

Based on the proposal, Guo explained, China would like to emphasize the following four points, namely, any deviation from international consensus on the Palestinian question should be avoided, and the “two-state solution” is the bottom line of international fairness and justice and history cannot be reversed.

The third point of the proposal, Guo added, is that China supports the establishment of the independent and fully sovereign State of Palestine based on the 1967 borders, with East Jerusalem as its capital, and that the Palestinian people’s national rights were inalienable and should not be traded.

The fourth point of the proposal, Guo elaborated, is that Israel’s right to exist should also be fully respected and that relevant UN resolutions, the principle of “land for peace” should be observed and reaffirmed.

The Chinese diplomat stressed that unilateral actions risk “aggravating differences and undermining trust” and that the only viable way is resume equal dialogue between the parties as soon as possible in order to rebuild mutual trust, defuse conflicts and find a way to coexist peacefully.

Guo reiterated his country’s rejection of Israel’s move to annex its colonial settlements, an issue which should be resolved in the final-status negotiations, and reiterated the UNSC position that colonial settlement construction is a violation of international law, and that the issue of the occupied territories should be resolved as soon as possible based on the relevant UN resolutions.

He called for commitment to peace talks as a strategic choice and the need to build on the outcomes of previous talks and refrain from any actions that risk inflaming tensions.

He urged the international community, particularly influential states, to continue to support the Palestinian question and place it at the core of the international agenda as well as to take an objective and fair stance and make sincere and real efforts for advancing the Middle East peace process.

The Chinese diplomat tackled President Mahmoud Abbas’ initiative to convene an international peace conference on the basis of relevant UN resolutions to end the Israeli occupation and establish the independent Palestinian state.

He said that China supports Abbas’ initiative, emphasizing that Palestine’s humanitarian and economic issues should not be ignored, particularly during the coronavirus pandemic, and called for the full removal of the crippling blockade that has been imposed on the Gaza Strip since 2006.

Highlighting Palestinian-Chinese longstanding friendship, Guo stressed that China would remain a true friend to the Palestinian people, noting that it would always care about the Middle East peace process, adhere to international justice and support any efforts conducive to de-escalating tensions there.