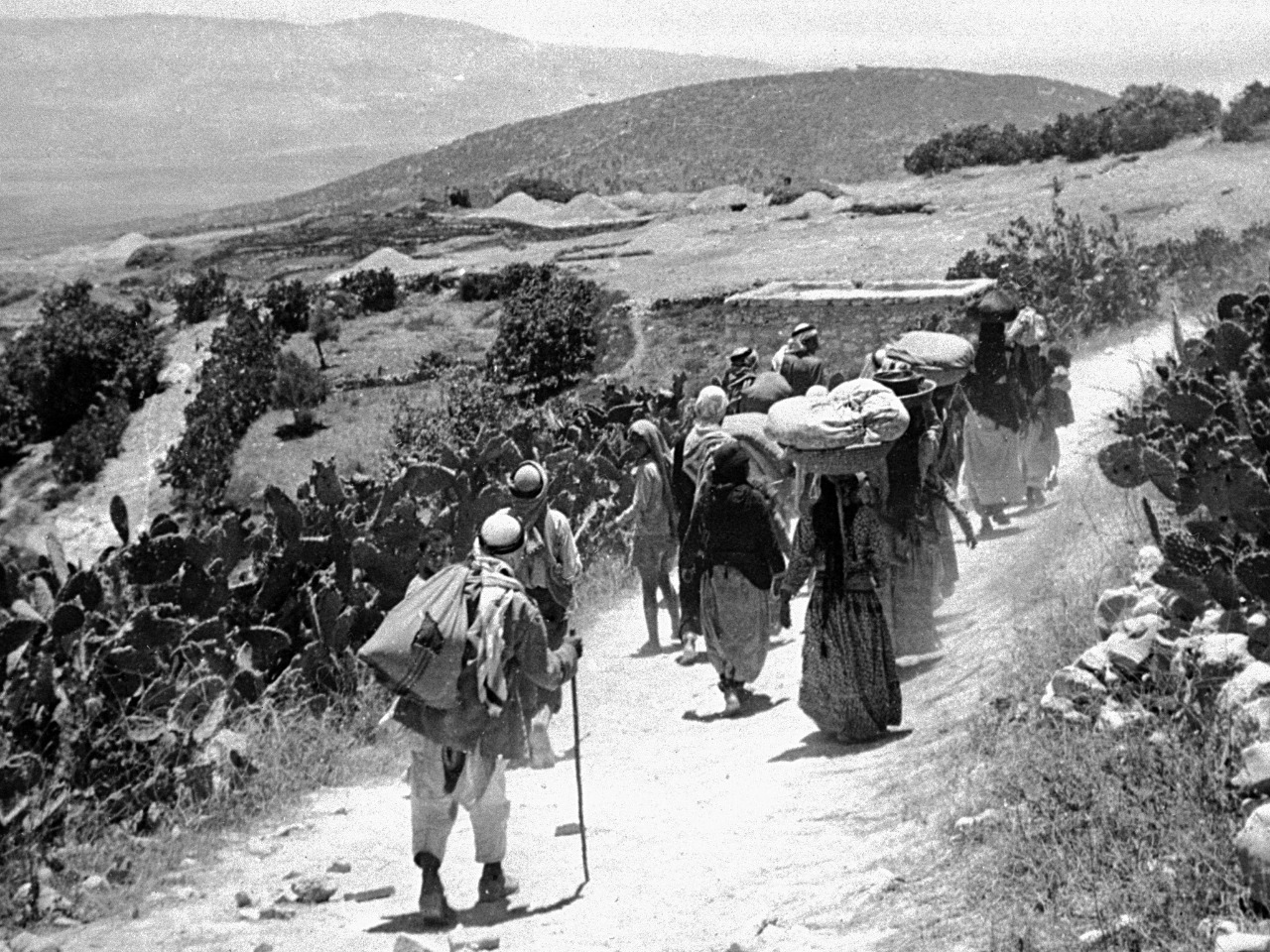 The Nakba resulted in the displacement of 950,000 Palestinians out of the 1.4 million Palestinians who lived in historical Palestine in 1948 in 1,300 villages and towns.

The Nakba saw the theft of historical Palestine and handing it over to the terrorist Zionist movement as a gift.
Nakba was not accidental or unintended; instead, it was a systematic, deliberate act of ethnic cleansing designed to produce a Jewish majority state in Palestine. In order to produce this result, the forced expulsion of the vast majority of the Palestinian population – the indigenous Arab people of all religions – was a necessity. It describes a process of ethnic cleansing in which an unarmed nation was destroyed and its population displaced systematically by gangs and individuals from all over the world. 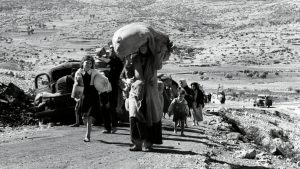 The Zionist settler-colonial state of Israel is not a baby of the pain and suffering of the Jewish people. It is a state based on racist ideology that despises human life and practices racial discrimination against our Palestinian people for no reason other than being Palestinians. This ideology is what led to the great Palestinian catastrophe, the Nakba of 1948, a crime from whose consequences our people are still suffering.

The exodus of this large number of Palestinians occurred in several stages, the first stage is UN resolution, on 29 November 1947, to partition Palestine into a Jewish state and an Arab state.
In December, an increasing number of random military operations were launched against Arab villages, towns, and cities by members of the Haganah and Irgun organizations.

The second stage of the forced displacement of the Palestinians began on 10 March 1948, when the Zionist leadership established a plan for ethnic cleansing is known as “Plan Dalet.” With this plan, a transition was made from sporadic attacks on the Palestinian population to broad and organized operations that were designed to seize as much territory as possible before the British ended the Mandate.

The third stage of the ethnic cleansing campaign in Palestine began on 15 May 1948, after Zionist leaders proclaimed the establishment of the state of Israel.
By the end of the war, over four hundred villages and towns were destroyed and depopulated and 13,000 people killed. The new state of Israel now controlled about 77 percent of the land area of Mandate Palestine, which had been depopulated of about 90 percent of its indigenous Arab population. After this massive uprooting, and the dismemberment and de-Arabization of Palestine, it is no surprise that the Palestinians refer to the events of 1947-48 as the Nakba.

The Nakba commemoration this year mark 72nd years of dispossession of the refugees – now numbering in the millions – who are still waiting for their right of return.

This anniversary coincided with the leaks of plans and proposals of the American so-called deal of the Century, which goes beyond all relevant UN resolutions, particularly the revocation of the right of return of Palestinian refugees to their homes in accordance with Resolution 194, in addition to the cancelation of UNRWA, the witness on the tragedy of refugees, which was established by Resolution 302 of 1949.
Today, there are more than 7 million Palestinian refugees around the world, according to statistics by Palestinian NGOs and the United Nations.

This Right of Return is not only a historical claim rather it is claim to a specific private property, a house, or a piece of land. It is also the emotional attachment to some personal memories linked to the particular property. 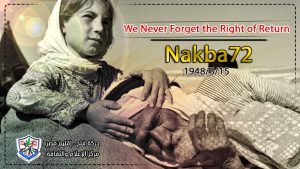