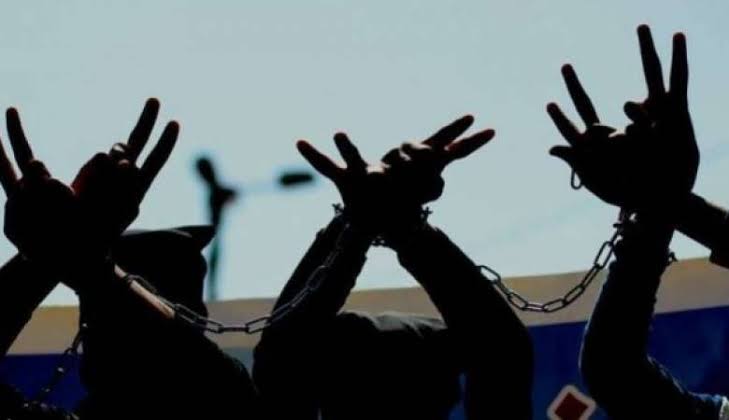 April 17 marks Palestinian Prisoners’ Day, Palestinians first began marking Prisoners’ Day in 1974, as it marks the anniversary of the first prisoner released in the first prisoners’ exchange deal between the Palestinians and the Israeli occupation, then, the Palestinian National Council adopted this day as a national — and international — day on which to show solidarity with Palestinian detainees.
This year the occasion comes in a time whilst the suffering of the Palestinian prisoners in the Israeli prisons has exacerbated due to the coronavirus outbreak. In the present situation where COVID-19 is rapidly spreading, the Israeli authorities continued to arrest Palestinians, and according to information provided by Palestinian organizations, several prisoners’ advocacy groups today said that Israel has detained 1324 Palestinians since the start of this year, including 210 minors and 31 women.
Suffering of detainees in Israeli prisons and the fears of spreading Coronavirus among them are increasing. There are many fears on the fate of detainees in light of spreading the coronavirus, accompanied by deliberate procrastinations by the administration of prisons in providing the necessary preventive measures inside sections of prisons, in addition to the overcrowding inside prisons, which may lead to the infection of many detainees, especially after announcing cases for jailors. However, in spite of providing preventive measures to stop the spread out of coronavirus, the administration of prisons imposed punitive and abusing measures against detainees, such as withdrawing some cleaning materials from it.
It is worthy to mention that the administration of prisons stopped family visits since the first week of March, pointing out that this measure is to prevent spreading coronavirus, but it did not take any other preventive measures inside prison sections. The International Committee of the Red Cross is the only committee that contact with detainees. Despite the inability to obtain information on the conditions of detention in all Israeli prisons, institutions confirmed that a state of carelessness prevailed in prisons. (700) detainees are encountering the jailors and Coronavirus pandemic, while the world is facing Coronavirus pandemic with all possibilities. In light of the precautionary measures to combat the virus, approximately 5,000 Palestinian detainees are suffering from difficult conditions, which can be described as inhuman and unhealthy. This increases the fears of the spread of this pandemic among detainees, especially the sick ones. However, in lights of these hard circumstances of detainees, the lack of preventive measures and refusing to provide cleaning materials and sanitizers the, fears of coronavirus infection increase, especially among sick detainees and the elderly who suffer from immune deficiency.
Since Israel’s occupation of Palestinian territory in 1967, over a million Palestinians have been detained under Israeli military orders in the occupied State of Palestine. This constitutes approximately 20 percent of the total population and 40 percent of the male Palestinian population in the oSP. Israel arrested more than 13,000 Palestinians between 1993 and 2001 (i.e., the Oslo peace process years). Israel has arrested more than 50,000 Palestinians between the start of the Second Intifada in September 2000 and today. Israeli mass confinement policies remain the norm with Palestinian as young as 5 years old being detained in a military justice system that convicts 99.9% of all those that go through it.
Over 60 percent of children detained are reportedly subject to some form of physical and/or psychological torture by their Israeli captors.
According to the Palestinian Prisoners Association (PPA), a total of 218 Palestinians have died in Israeli custody since 1967.
Israel has used its power to arrest and detain as a means to control the Palestinian population and punish any political activity aimed at challenging Israel’s occupation, thus violating basic human rights values and norms. Even Palestinians peacefully protesting the confiscation of their lands are subject to arrest and detention. The majority of Palestinian political prisoners are charged with offenses under Israeli military orders. These orders employ a broad definition of “security”, such that they ban, among other things, political expression. For instance, Military Order 101 states that it is “forbidden to conduct a protest march or meeting (grouping of ten or more where the subject concerns or is related to politics) without permission from the Military Commander.” The order also prohibits the distribution of political articles and pictures with “political connotations.”4 Similarly, Military Order 938 even considers “supporting a hostile organization by holding a flag or listening to a nationalist song” a “hostile action.” Military Orders 101 and 938 are only two amongst numerous orders that restrict Palestinian political life in the occupied Palestinian territory.
Palestinians can be arrested and imprisoned for practically any form of public activity, regardless of whether or not they present any so-called “security threat”. The practical implication of these broadly-defined offenses is the criminalization of many aspects of Palestinian civic life. For example, the political parties that comprise the Palestine Liberation Organization (PLO) are still considered “illegal organizations” even though Israel has been engaged in negotiations with the PLO since 1993 and coordinates security aspects with the Palestinian National Authority. Carrying a Palestinian flag is also a crime under Israeli military regulations. Participation in a demonstration is deemed a disruption of public order. Pouring coffee for a member of a declared “illegal” association can be seen as support for a terrorist organization.
The living conditions of Palestinian and Arab political prisoners detained by Israel fall far below accepted standards, including those under international humanitarian law, human rights law and the UN Standard Minimum Rules for the Treatment of Prisoners. Examples include abuse, denial and limitation of family visitation rights, prohibitions on physical contact during family visits, reduction of hours allowed for outdoor access and walks, prohibition of visits between prisoners, an increase in the use of solitary confinement and extreme limitations on access of communications and goods from outside. 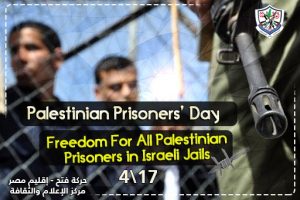