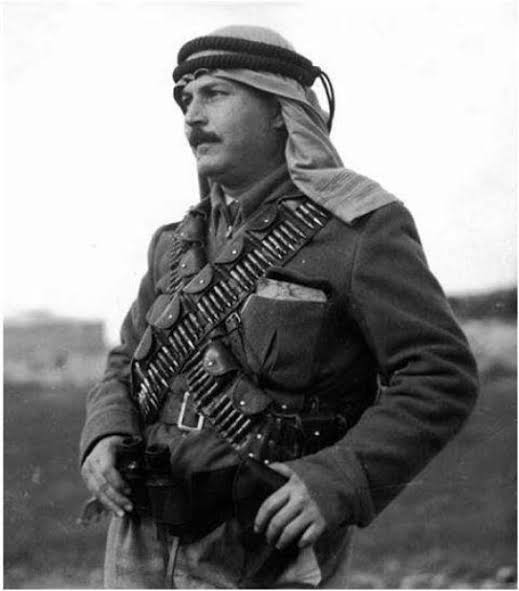 In the Memory of the Palestinian leader Abdel-Qader al-Husseini.

Posted By: Ebtehal Mohamedon: April 08, 2020In: Full Story, on this day
Print Email

Over 72 years ago this month, Abdel-Qader al-Husseini (1908-1948), a charismatic Palestinian military leader, was killed in the battle for al-Kastal, an Arab village west of Jerusalem. To honor his and his comrades’ memories, let us solemnly and respectfully recall how he fought and died defending villages from being ethnically cleansed, and ask if the Palestinians have learnt any lesson from his ultimate sacrifice.

A Brief history of the heroic leader:

He studied at the American University in Cairo- Egypt. Then, in early 1933 Husseini returned to Jerusalem; he contributed articles to the al-Jami‘a al-Islamiyya newspaper in Jaffa. When the Palestine Arab Party, which he had joined, issued the Liwa’ newspaper, he joined its editorial board.

Two years later, He took charge of the Palestine Arab Party’s bureau in Jerusalem and, together with other nationalist youth, began to prepare for an armed revolt in the wake of the Great Palestinian Rebellion of April 1936.

Husseini was one of the founders of the armed Holy Jihad Organization in the Jerusalem district. When the famous Syrian freedom fighter Sa‘id al-‘As arrived in Palestine with a group of his followers, Husseini fought alongside him in several battles.

In early October 1936, the British army arrested Husseini who was wounded in al-Khader battle in the Bethlehem district (in which Sa‘id al-‘As was killed). He was put in chains and taken to the Jerusalem Military Hospital but was able to escape to Damascus where he continued his medical treatment.

Husseini returned secretly to Palestine in 1938 to continue the fight when the armed revolution had escalated. In October 1938, he was severely wounded in a major battle between the Palestinian freedom fighters and the British forces in the region of Bani Na‘im (between Bethlehem and Hebron) and was secretly taken to a hospital in Hebron for treatment. He went to Lebanon and Egypt as his family moved to Cairo.

In December 1947, Husseini slipped back into Palestine through the Egyptian border. When the Arab Higher Committee announced the jihad following the UN Partition Resolution, Husseini reformed the Army of Holy War (Jaysh al-jihad al-muqaddis) and was chosen to command them. Under his command these forces achieved a number of significant victories against the Zionists forces in Jerusalem and nearby settlements and in lines of communications leading to them. The explosives unit in these forces carried out a number of major operations, the most notable of which was the blowing up of the Jewish Agency building in Jerusalem, the hub of Zionist activity in the city.

At the end of March 1948, Husseini travelled to Damascus to contact the Military Committee of the Arab League, which was in charge of the fighting in Palestine. He wanted the committee to supply him with arms equal to what the Zionists possessed in order to defend Jerusalem. While in the Syrian capital he heard the news that a major Zionist attack had been launched against Jerusalem; the attackers had succeeded in occupying the village of al-Qastal, a highly strategic position overlooking the main road between Jerusalem and Jaffa.

Husseini returned from Damascus deeply disappointed, having failed in his mission to the Military Committee, and headed directly to the field where he led a desperate counter-attack to recover the village of al-Qastal; he was killed in battle on 8 April 1948.

He was such a hero and a Palestinian leader who has sacrificed his life for Palestine as his son who has followed his lead, Faisal al-Husseini who was a Central committee member in Fatah Movement and the founder of the Oriental house in Jerusalem.