BREAKING NEWS
Home Palestine News Abu Rudeineh: The unified Palestinian position is a message to the US and Israel 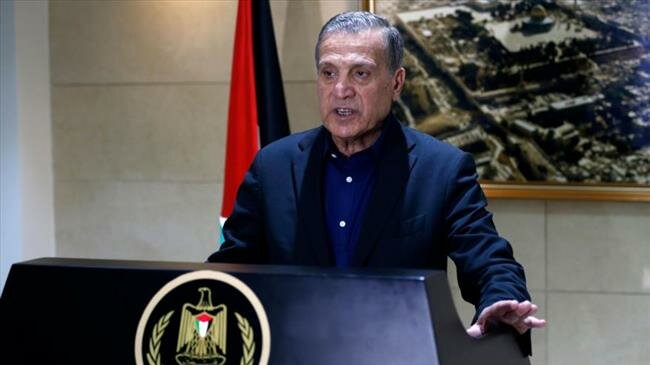 Abu Rudeineh: The unified Palestinian position is a message to the US and Israel

Presidential spokesman Nabil Abu Rudeineh said today that the unified Palestinian position behind President Mahmoud Abbas’ rejection of the American so-called deal of the century is a message to Israel and United States that the Palestinian people are united behind their leadership to thwart this deal that will not pass and will fail, just as all previous conspiracies have failed.

He said in a statement to reporters that all the Palestinian factions participated in yesterday’s leadership meeting and affirmed their support for the position of President Abbas.

He said there will be an expanded meeting of the Palestinian factions in Gaza next week to strengthen the national unity and confront the US-Israeli deal.

Abu Rudeineh pointed out that “the Palestinians are going to move towards the Arab League, the Non-Aligned Summit, the Organization of the Islamic Conference, and the United Nations Security Council according to a specific timetable to confront the deal of the century and put everyone at their responsibilities. At the same time, there will be popular activities on the ground.”

He added, “We value the positions of the countries that reject this deal and support the legitimate rights of our people leading to the establishment of our independent Palestinian state with East Jerusalem as its eternal capital on the 1967 borders.”