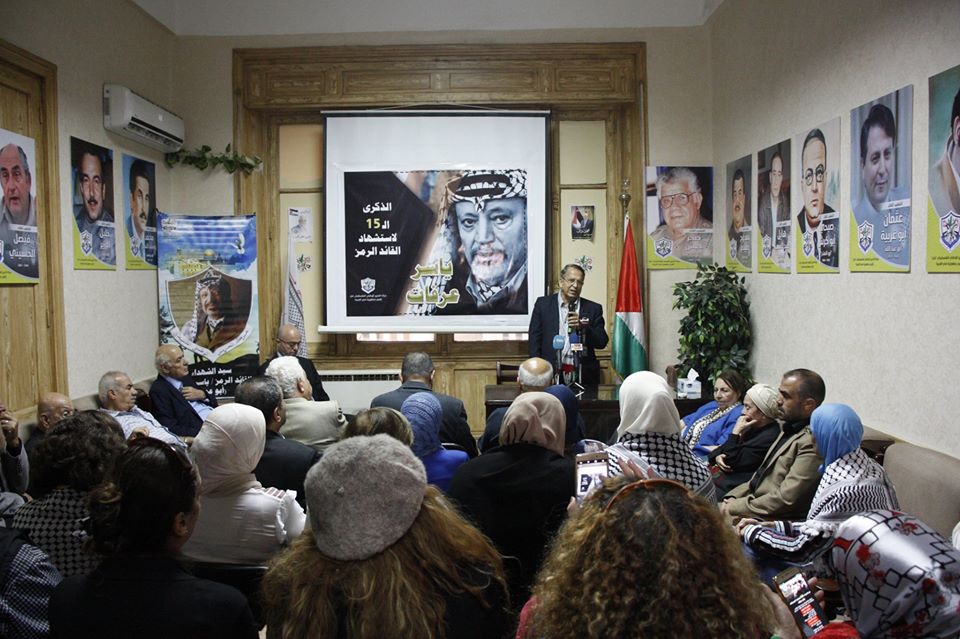 Dr. Mohamed Ghareeb, Secretary-General of Fatah Movement in Egypt, welcomed the attendees, and said: “Today we marked the 15th anniversary of the martyrdom of the founder leader Yasser Arafat, who is a symbol of the homeland and the march of a people. Our Palestinian people will not forget his passing away which was a nightmare, but our solace is that who took the lead is his companion of the march and struggle towards achieving of our dream of independent state, the founding leader Mahmoud Abbas, who still sows the deep insistence of the Palestinian people all over the world, and defends the national constants with full force and determination to protect our legitimate rights.”

Dr. Ghareeb confirmed the absolute support of Palestinian community in Egypt for the president Abbas who is our only choice for the next stage as a president, and a leader, to complete the march with us and to achieve the dream of independence and freedom.

The event included reciting poems about the martyr Abu Ammar, and the Palestinian band Abad AL shams sang a verity songs for Palestine and Abu Ammar, as well as an art exhibition of photos of the late leader in various stages of his life and his national career. 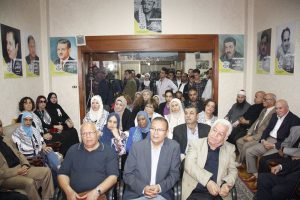 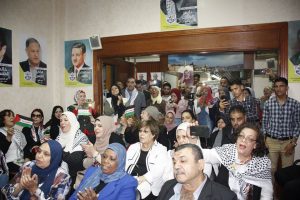 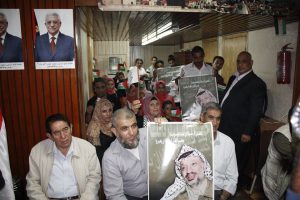 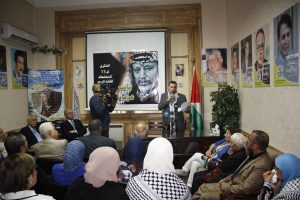 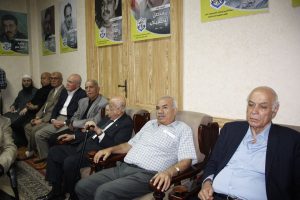