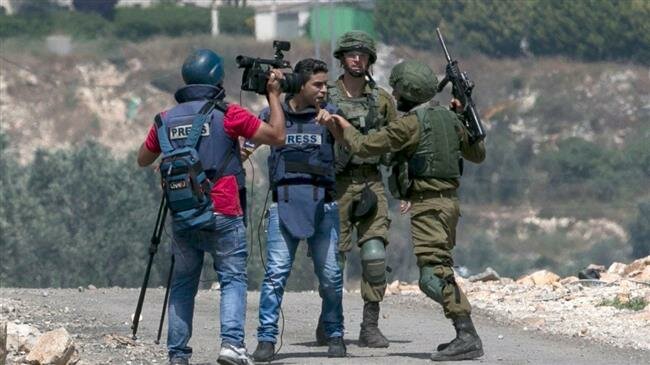 8 Israeli violations against journalists in September

Israeli authorities committed eight violations against Palestinian journalists in September, a report compiled by the Palestinian News and Information Agency.

It said in its monthly report on Israeli treatment of Palestinian journalists and media that six journalists were injured from rubber bullets, tear gas inhalation or beating by Israeli soldiers while covering events in the occupied Palestinian territories.

In addition, Wedad Barghouthi, a lecturer of media at Birzeit University, was arrested by Israeli forces who raided her home in the village of Kobar, near Ramallah, on September 1.

On September 13, Israeli authorities banned journalist Majdoulin Hassouna, who works with the Turkish TRT channel, from travelling at Allenby Border Crossing on Palestine-Jordan border, while she was on her way back to Turkey following a visit to her family in the West Bank, the report said.