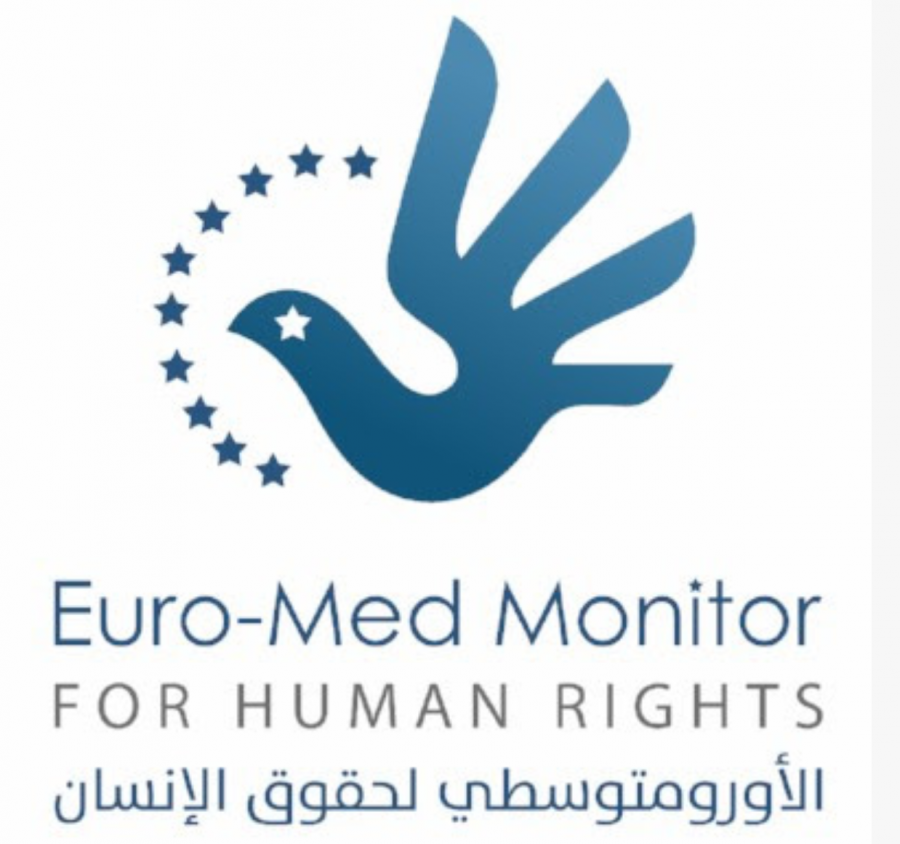 The Euro-Mediterranean Human Rights Monitor (Euro-Med) confirmed in a new report that the Israeli occupation forces escalated their attacks in the occupied city of Jerusalem, as party of a policy adopted by the highest Israeli political level, amid clear indications of Israeli tendencies to break the status quo at Al-Aqsa Mosque.

The report, which examines human rights violations in Jerusalem in August 2019, explained that the most serious incident witnessed in the city was on the morning of Eid al-Adha, August 11, when hundreds of Israeli settlers stormed Al-Aqsa Mosque following a decision by the Israeli Prime Minister to perform their Talmudic rituals in commemoration of the so-called Tisha B’Av— the destruction of the Second Temple. The storming changed the current practice of not carrying out raids on Islamic holidays, amid massive repression of Muslim worshipers that resulted in the injury of 65 and the arrest of eight others.

The report pointed out that four days after this massive attack, the Israeli forces closed the gates of Al-Aqsa Mosque and expelled worshipers after killing a Palestinian child and injuring his companion after they attempted to stab a police officer who was slightly injured. This is the third closure of the Mosque carried out by the occupation authorities within a short period of time.

During this month, the Euro-Med team documented the storming of 3, 687 Israeli settlers of Al-Aqsa, accompanied by tight security from the Israeli police and Special Forces. These stormings are accompanied by provocative acts and attacks on those at the Mosque, in addition to attempts to perform Talmudic rituals. Moreover, the number of stormings this month is several times more than the monthly number of stormings.

The report documented 17 shootings and direct assaults by the Israeli occupation forces in the neighborhoods of occupied Jerusalem, which resulted in the death of a child and the injury of 110 others, including three children, two women, two journalists, two Al-Aqsa guards and a medic.

The Israeli forces carried out 61 raids into the towns and neighborhoods of Jerusalem. These raids included the arrest of 115 citizens, including 17 children, six women and six Al-Aqsa guards. It has become clear that the Israeli authorities use arrests and summons as a tool of punishment and intimidation without any legal pretext or justification.

During August, eight homes and properties were demolished, and in two cases, the owners were forced to self-demolish them to avoid paying heavy fines. The Israeli authorities also distributed at least 30 demolition orders of houses and facilities, all of which embodies the Israeli policy of displacing Jerusalemites and changing the demographic reality and the Arab character of the city.

The report explained that in exchange for the destruction of Palestinian houses and facilities, three Israeli decisions were issued permitting the construction of 5, 071 housing units for settlers. In addition, the Israeli authorities issued nine decisions restricting the right of Palestinians to organize political and sports meetings and events in occupied Jerusalem under the pretext of preventing manifestations of Palestinian sovereignty in the occupied city.

“The Israeli practices at Al-Aqsa are clearly aimed at imposing a temporal and spatial division, and changing the status quo at Al-Aqsa for the worse,” said Anas al-Jarjawi, Middle East and North Africa director at the Euro-Med, expressing fears of more serious decisions from the next Israeli government after the Israeli elections in 17 September

Al-Jarjawi called on the Israeli authorities to stop the policy of racial discrimination between Palestinians and Israelis when it comes to interrogation, prosecution and trial, and to end the arbitrary targeting of Palestinians and their properties in occupied Jerusalem.

The Euro-Mediterranean Human Rights Monitor renewed its call to the international community to break their silence and take decisions and positions to stop these violations of the rules of international human rights and humanitarian law, and to bear responsibility towards Jerusalem and its Palestinian population and to protect them as inhabitants of an occupied area according to the resolutions of the General Assembly and the Security Council.

The Euro-Med urged relevant international organizations to intervene to stop the policy of forced removal and the violation of freedoms and the right to worship at Al-Aqsa.