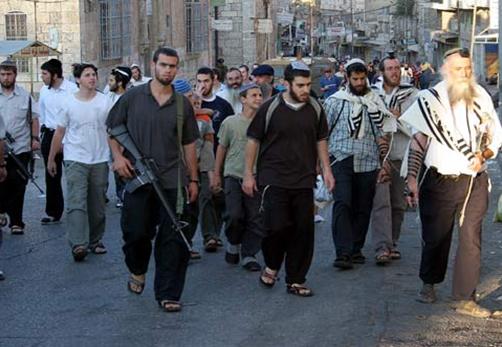 Israel government honors an extremist “rabbi” who has applauded the killing of non-Jews, especially Palestinians.

According to Haaretz newspaper, education minister Rabbi Rafi Peretz and transportation minister Bezalel Smotrich will honor rabbi Yitzchak Ginsburgh, who praised the 1994 massacre in al-Khalil city and was previously charged with inciting racism.

The US-born rabbi is known for publishing a pamphlet praising the actions of terrorist Baruch Goldstein, who in 1994 carried out the massacre at the Ibrahimi Mosque, in which he killed 29 Muslims and injured dozens as they were praying. Ginsburgh is also among the rabbis who endorsed the book “The King’s Torah,” which discusses circumstances in which Jews may kill non-Jews according to Jewish law.

Worth mentioning that the prize will be awarded under an institution called the “Cathedra for Torah and Wisdom” which receives financial support from the education ministry’s department for Jewish culture.