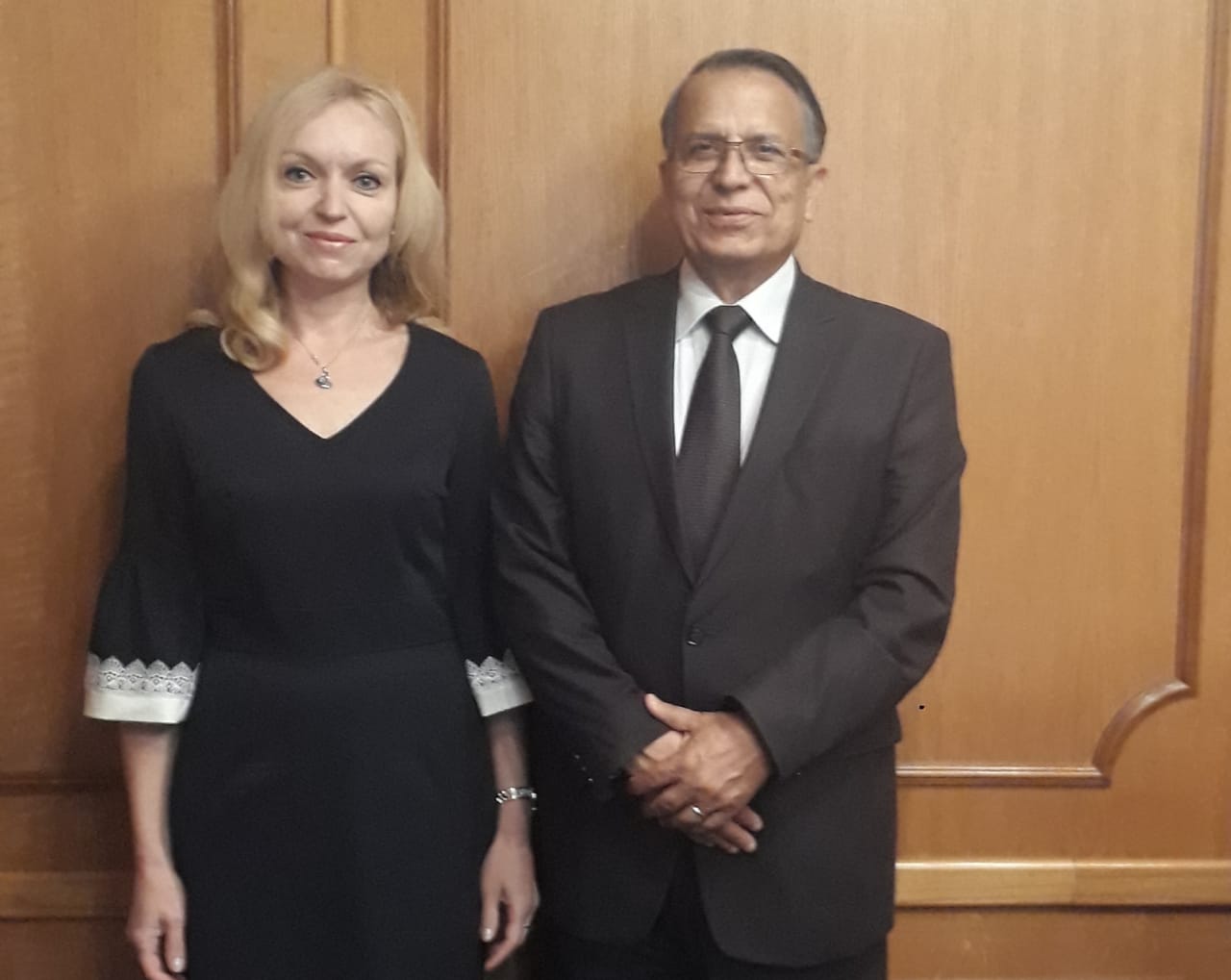 Secretary-general of Fatah movement in Egypt Dr. Mohamed Ghareeb meets with the Minister-Counselor of Russian Federation Embassy in Cairo Mrs. Svetlana Sobova, on the premises of Russian embassy, on Tuesday.

The meeting was attended by first secretary of the Russian embassy Mr. Sivatoslav Simin, and members of the Regional Leadership Committee of Fatah in Egypt Mrs. Manal Al-Abadlla and Mr. Eid Al-Namoli.

The meeting dealt with the Distinct Relationships between russia and Palestine, challenges that facing Palestinian people and leadership, and the attempts to undermine the Palestinian constants and right.

The meeting also shed the light on the role of the international community to support Palestinian legitimacy and rights, as well as the Russian support to Palestinian people’s right to establish an independent state with Jerusalem as its capital.