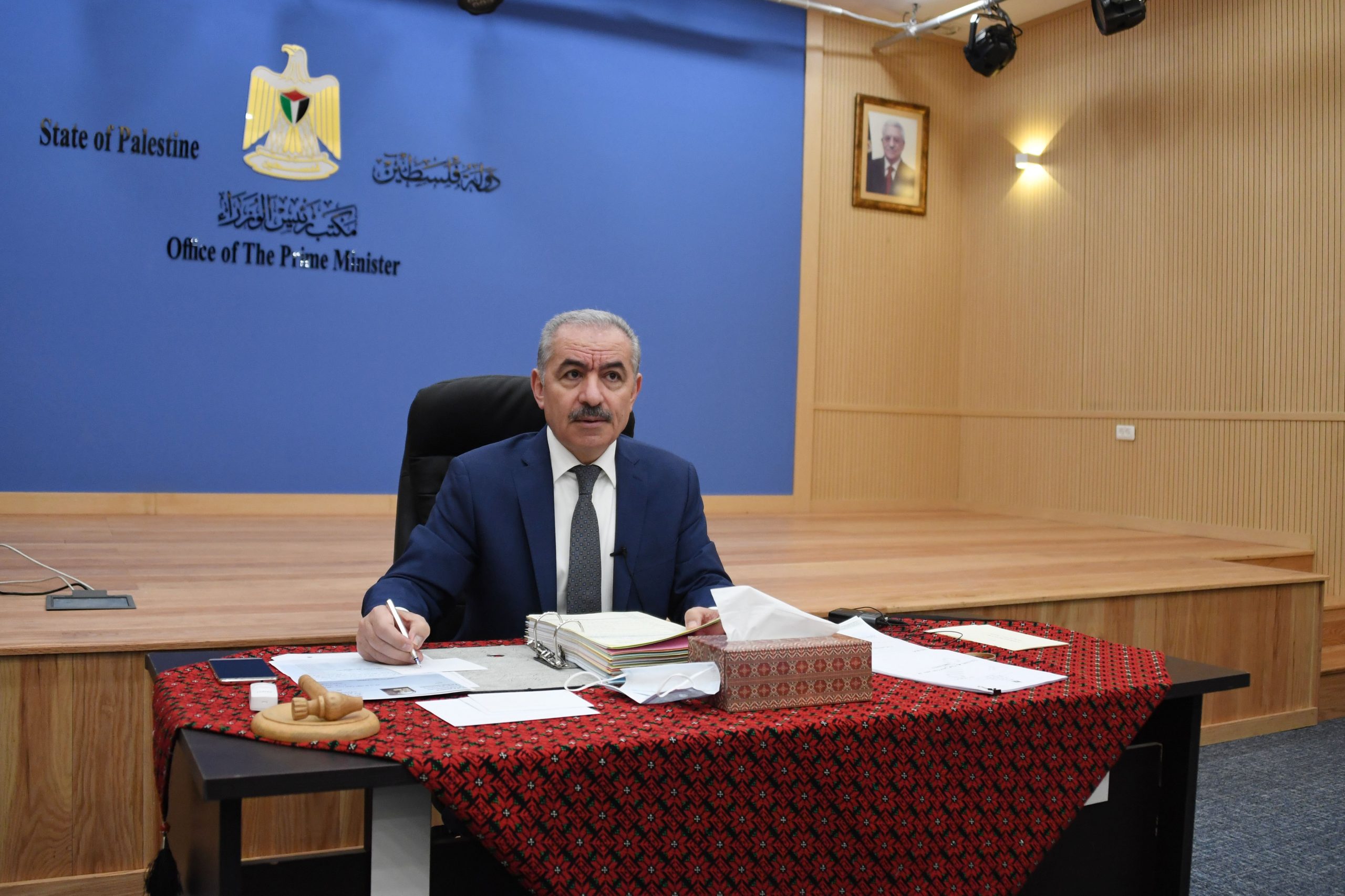 Prime Minister Mohammad Shtayyeh renewed today his call on the international community to end the double standards in applying international law and to provide protection for the Palestinian people in light of the continuation of the Israeli aggression against them and denying them their legitimate rights.

Shtayyeh condemned in a statement the systematic Israeli escalation in Jerusalem and the Gaza Strip, stressing that “organized state terrorism and too much blind power will not succeed in dissuading our people from continuing their struggle to liberate their land, win their freedom, and establish their independent state with Jerusalem as its capital.”

He pointed out that “targeting our people in the Gaza Strip with airstrikes, violating the sanctity of Al-Aqsa Mosque by storming it repeatedly, and the continuation of killings and incursions into cities, villages and towns in all the occupied territories, warn of a premeditated escalation in an attempt to create fallacious facts on the ground by force against a defenseless people except from the will of resilience and defiance in facing the occupation and its measures until realizing their hopes of freedom and independence on the entire soil of their occupied land.”