BREAKING NEWS
Home News President Abbas at end of Fatah meeting: I am optimistic the Palestinian state is going to be created 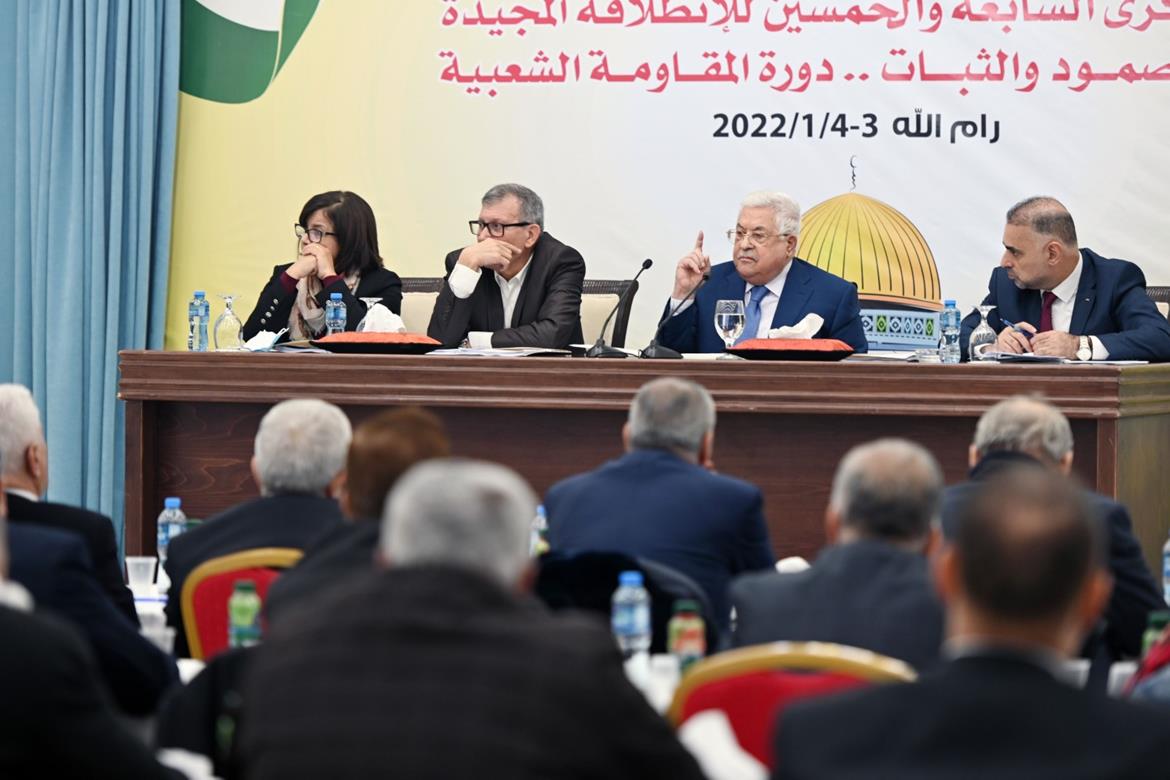 President Abbas at end of Fatah meeting: I am optimistic the Palestinian state is going to be created

President Mahmoud Abbas said last night at the end of a Fatah meeting held in Ramallah that he is optimistic the occupation is going to end and the Palestinian state is going to be established.

“Despite the difficulty of the conditions we live in, I am more optimistic today about the establishment of the State of Palestine with Jerusalem as its capital,” said President Abbas speaking at the conclusion of a meeting for the Fatah Revolutionary Council, which he chaired.

He stressed that Jerusalem is the core of the Palestinian cause, and that “the price of our steadfastness is ending the occupation and establishing the state.” The President saluted administrative detainee Hisham Abu Hawash for his perseverance in his hunger strike to gain his freedom and wished a quick recovery for another Palestinian prisoner in Israel, Nasser Abu Hmeid, who is fighting for his life after he was diagnosed with cancer.

Abu Hawash ended his hunger strike last night after a record 141 days of fast in protest against his prolonged administrative detention after the Israeli occupation authorities agreed to end his detention on February 26.

“This session has ended, but the work did not end,” said the President in reference to the end of the current meeting of the Revolutionary Council. “Therefore what is required is the concerted efforts of everyone until the end, to bid farewell to a phase that has ended and start building for the next stage, which is more important.” The President said the upcoming meeting of the Palestine Liberation Organization’s (PLO) Central Council is extremely important, given “the importance and sensitivity of the period we are living due to Israeli practices and international inaction,” stressing the importance of the position that will be taken by the Central Council “in light of the important and critical times we are going through.” The president added: “Since the beginning of the revolution, we have been facing many conspiracies because of our stances and our resilience on the national principles and positions and our preservation of the unity of the movement and the independent Palestinian national decision, and because we do not allow anyone to interfere in our affairs and we do not allow ourselves to interfere in anyone’s affairs.” The ninth session of the Revolutionary Council was held over two days at the presidential headquarters in Ramallah in order to prepare for the convening of the eighth convention for the Fatah Movement as well as to prepare for the PLO’s Central Council meeting planned for later in March.