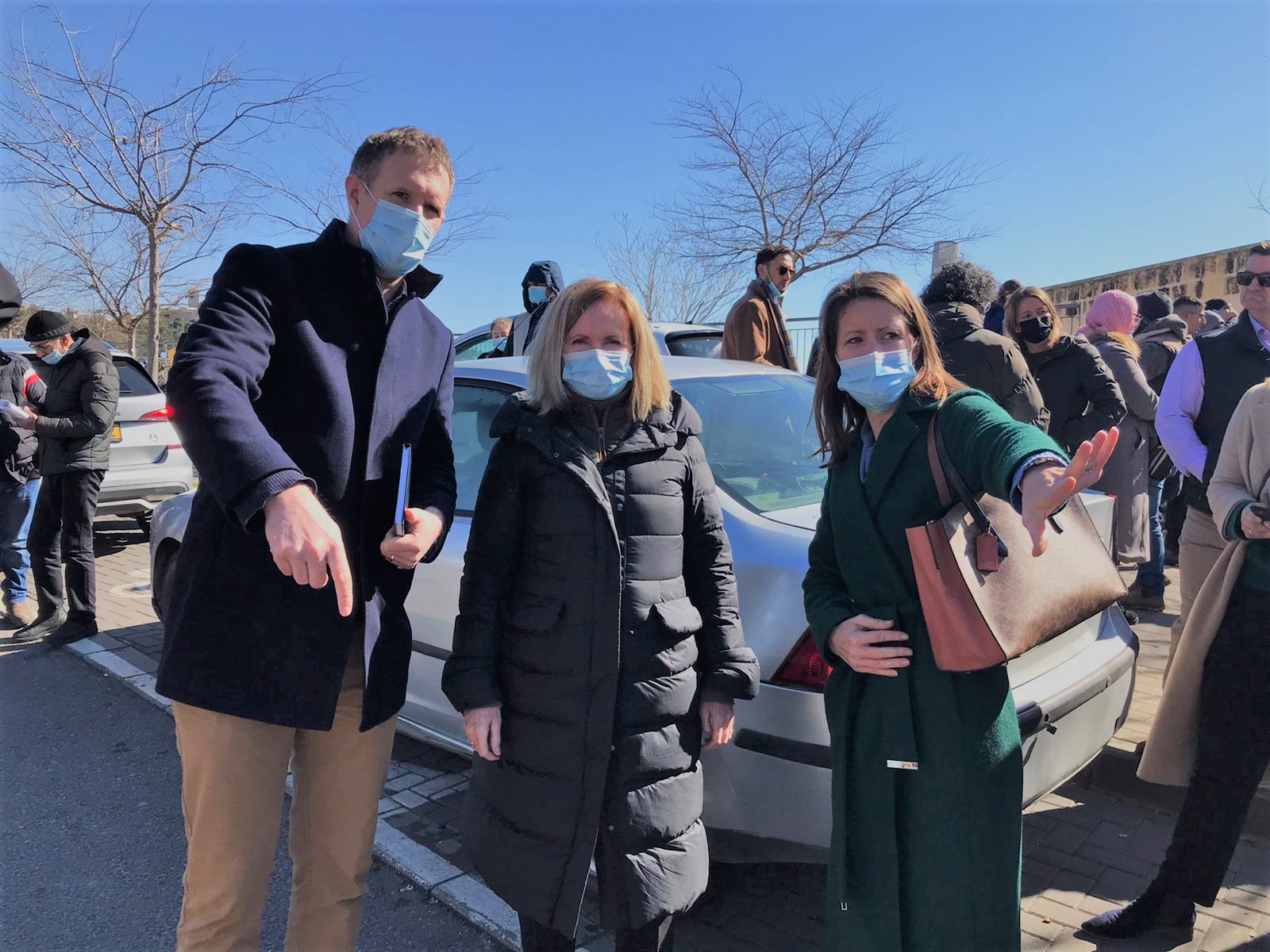 Corner was among European diplomats who watched this morning as staff from the Israeli municipality of West Jerusalem attempted to evict members of Salahia family in Sheikh Jarrah, which would displace 12 people, including five children, and demolish their business located opposite the British Consulate in East Jerusalem.

“Evictions in Occupied Territory are against international humanitarian law in all but the most exceptional circumstances,” said the British Consul General in a tweet. “The United Kingdom urges the Government of Israel to cease such practices which only serve to increase tensions on the ground,” she said.

The Israeli municipality proceeded nevertheless to demolish the family business despite the local and international uproar.