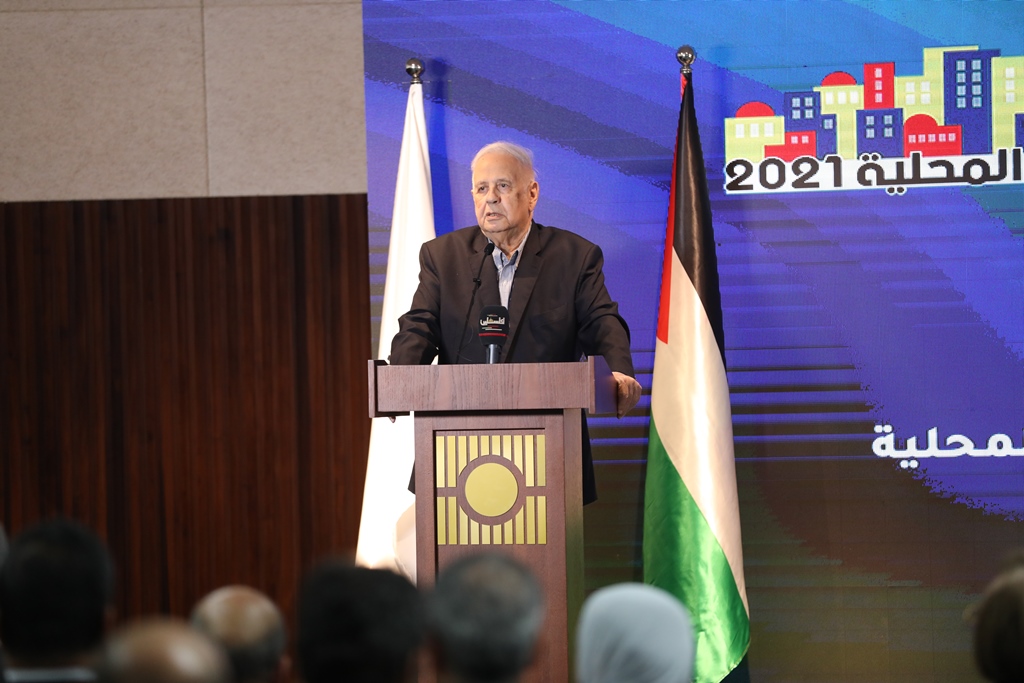 CEC announces the results of first phase of 2021 Local Elections

Dr. Hanna Nasir, Chairman of the Central Elections Commission (CEC), announced today the results of the first phase of the 2021 Local Elections, which took place yesterday in 154 localities in the West Bank. The results included the number of votes and seats obtained by each list, as well as the names of the winners.

In a press conference held at the CEC’s media center Ramallah, Nasir said the results demonstrate that independent lists won 70.86% of the total contested council seats of 1,503, whereas partisan lists gained 29.14% of the overall seats.

The CEC Chairman said the final voter turnout in the first phase of the Local Elections reached 66.14% out of 405,687 eligible voters. He added that this percentage was issued after all voters who were inside polling centers were done with casting their votes.

The CEC has also announced the names of electoral lists, which won by acclamation in 162 localities due to having only one complete list nominated in each.

According to Local Council Elections Law, voters, candidates or their agents may object to Election results before the competent court within one week of the announcement of results. The Court adjudicates appeals within five days of submission and issues its final and binding decisions. The final results will then be published and submitted to the Ministry of Local Government.

Meantime, CEC Chairman said at the press conference that all preparations aimed at holding the second phase of the 2021 Local Elections are going on, where polling is scheduled for 26 March 2022. He said voter registration will start on 8 January 2022, while the start of electoral campaigning period will be on 13 March 2022.

He said polling in the second Phase of the 2021 Local Elections will take place in 66 localities, representing municipalities in Areas A and B of the West Bank, as well as all 25 localities in Gaza.